Desmond | 'I had no speech or vision, it was scary'

Lee Desmond has assured everyone that he might look bad but that he is "alright now" after being inv...

Desmond | 'I had no speech or vision, it was scary'

Lee Desmond has assured everyone that he might look bad but that he is "alright now" after being involved in a horror collision last Friday.

There was relief around Richmond Park when Desmond sat up after some lengthy on-field treatment but he has revealed how frightening the situation he found himself in, was at the time.

"I remember the throw-in and the ball going back into the box and I had to let it bounce," Desmond said in an interview on the St Patrick's Athletic YouTube channel.

"I know you're not supposed to let the ball bounce but Sam Bone was backing up so I had to let it bounce or else I would have kicked it off him and I don't know where the ball would have went.

"I knew I had to head it out for a corner and then it was lights out. I sort of came back, I wasn't fully awake but I had no speech and my vision was gone as well.

"That was scary. I wasn't fully aware of what was going on. Fair play to Sam Rice [Saints' Athletic Therapist], his voice calmed me down and he said 'your speech will come back in a second and your vision will come back', and it did.

"Fair play, I was in the hospital then within a few minutes and everything came back clear." 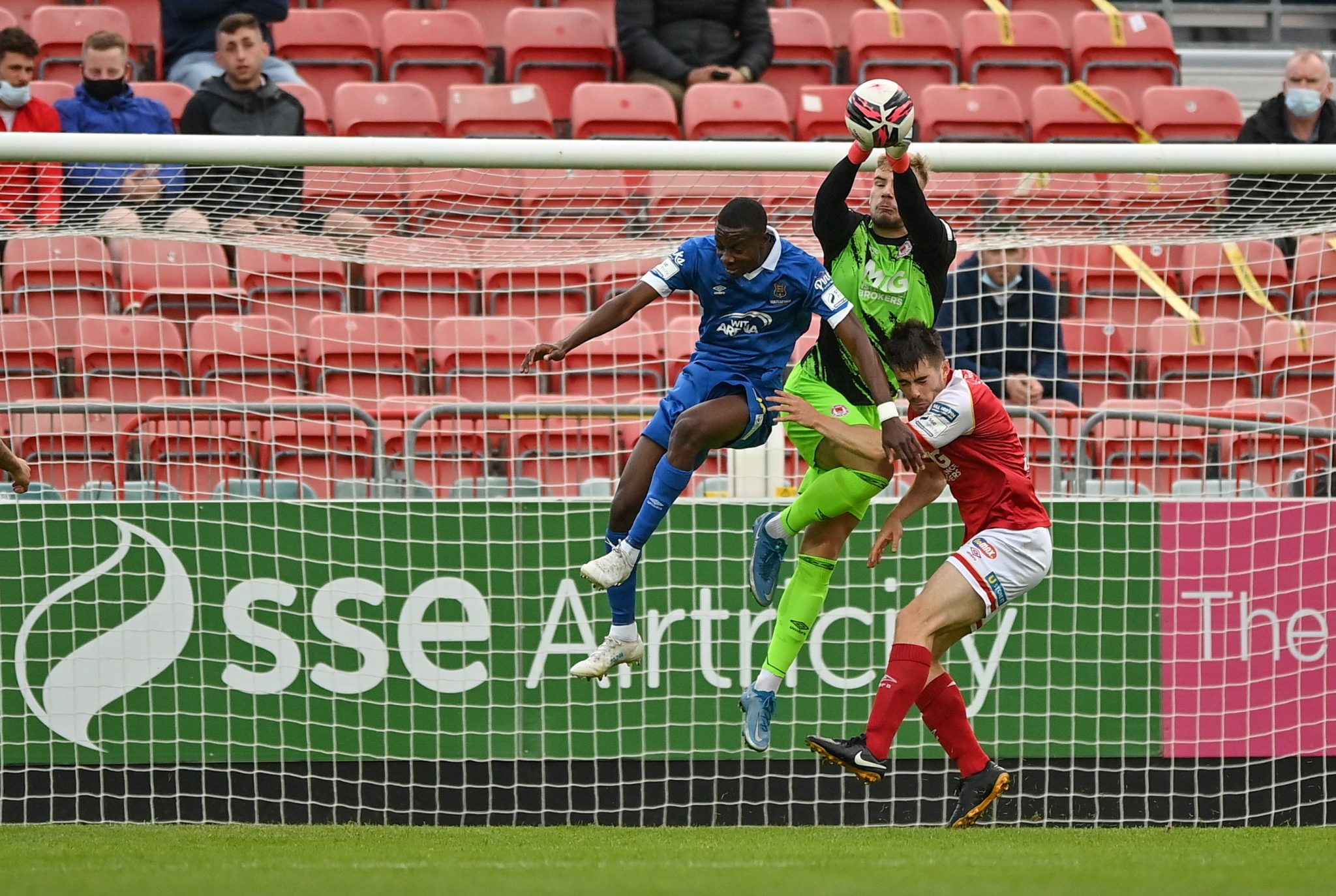 Desmond was taken off the pitch on a stretcher and brought to St James' Hospital where he underwent brain scans which came back clear and while his jaw was swollen, there was no break but he did receive some stitches to his face.

He visited the Saints' training ground on Monday and was taken aback by the reaction of his team-mates.

"I'm fine now. I've let it go but coming in here and seeing everyone's reaction...obviously everyone feared the worst so I'm just trying to tell everyone I'm alright and there's nothing to worry about!

"It looks bad but that will settle in the next week or so."