The Republic of Ireland can secure automatic qualification for Euro 2020 with a win at home to Denma...

The Republic of Ireland can secure automatic qualification for Euro 2020 with a win at home to Denmark but there is still the guarantee of the Nations League play-offs in March regardless of what happens at the Aviva Stadium.

Mick McCarthy's side also have the added incentive of knowing they would have two group games in Dublin next summer.

The Boys in Green have played Denmark five times since November 2017 and are yet to get the better of the Danes.

However, Glenn Whelan doesn't think the recent record will count for anything.

"I think every team is beatable, we can’t worry about them too much.

"They’ve got some top players but for us, we’re at home, we’ve got a chance to qualify so we’ve got to go and give our fans something to shout about and get them behind us. 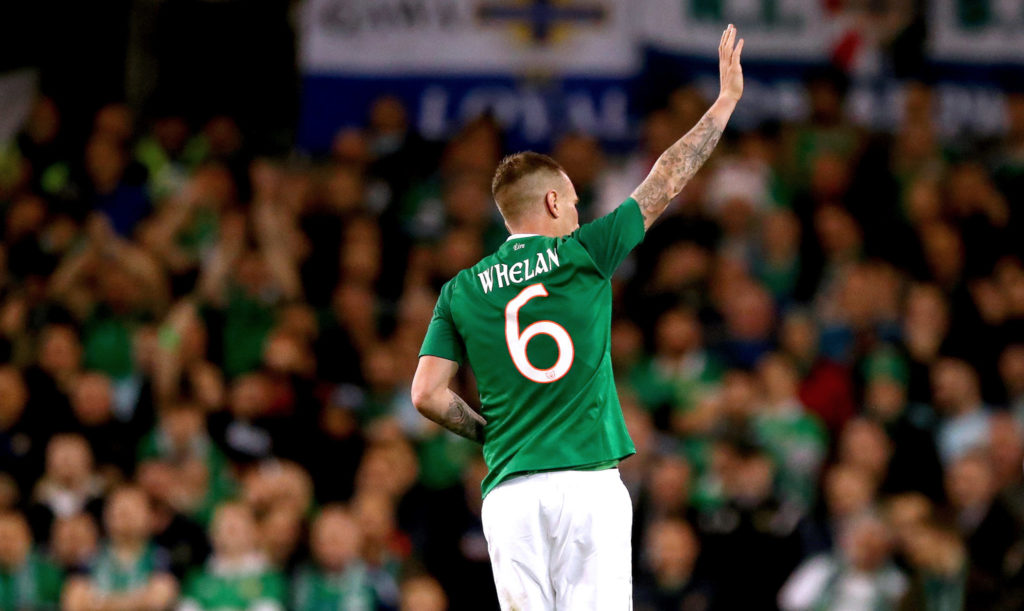 Whelan thought his international days were over when Martin O'Neill decided he was no longer part of his plans.

However, the 35-year-old has started five of the Group D qualifiers since being brought back into squad by Mick McCarthy.

The Hearts midfielder is now preparing for a huge game for Ireland.

"This is a second bite at the cherry as it is. It was taken away from me. I was never going to play for my country again and now, please God, I’ll get picked to play in possibly one of the biggest games that Ireland have played in."

Whelan believes the home crowd can play a huge part against Denmark.

"We’re at home and we need to go out there with real passion and a real fight to qualify.

"We’re going to need everyone on top form, the 11 that plays and the three lads that come off the bench because it’s going to be a tough night.

"It’s not going to be easy and Denmark know that as well, that they’re coming in for a tough game and hard game."