Johnny Sexton,  Rob Kearney and James Lowe are all back in the Leinster team for the Heineken Champi...

Johnny Sexton,  Rob Kearney and James Lowe are all back in the Leinster team for the Heineken Champions Cup semi final against Toulouse at the Aviva Stadium.

World Player of the Year Sexton has yet to play for his Province in 2019, but will make an Easter Sunday return after overcoming a quad injury. It is one of five changes coach Leo Cullen has made to the team that beat Ulster in the quarter finals.

Devin Toner and Robbie Henshaw are also back. Tadhg Furlong retains his place in the front row after shaking off a knock. Furlong will pack down alongside Cian Healy and Seán Cronin. Toner will partner James Ryan in the second row. Rhys Ruddock, Sean O’Brien and Jack Conan are the back row.

Sexton will captain the side, joining Luke McGrath in the half backs. Henshaw resumes his centre partnership with Garry Ringrose.

An injury to Jamison Gibson-Park opens the door for fellow New Zealander Lowe to return. The Kiwi winger has not featured in Europe since October’s Pool defeat in Toulouse because of the overseas player rule. He joins Rob Kearney and Jordan Larmour in the back three. Larmour switches to the wing as Kearney is handed the full back role. 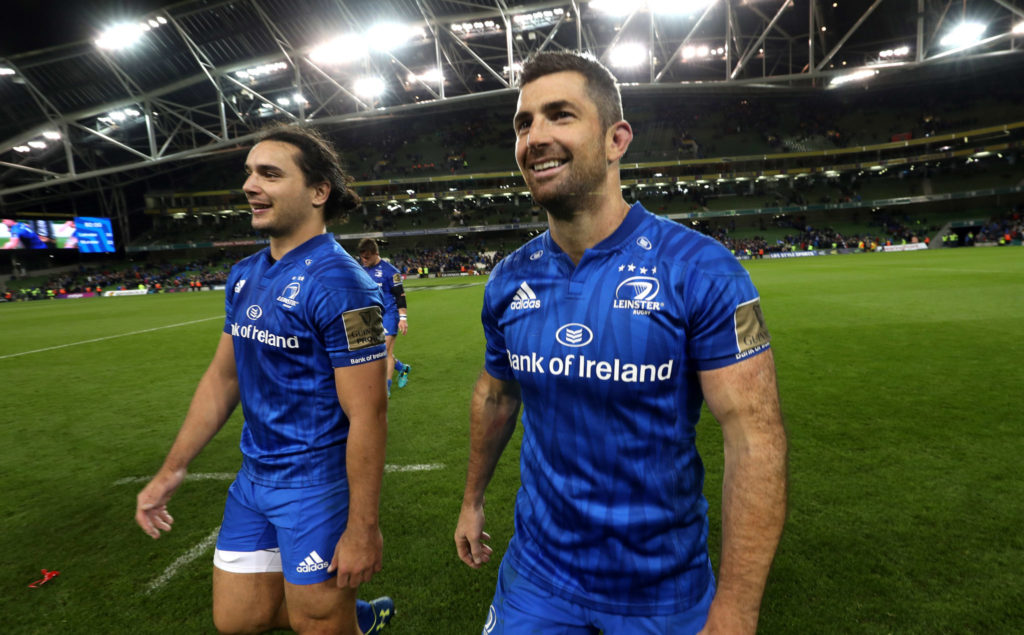 Tickets for Ireland's World Cup qualifier with Portugal sell out