Guardiola unsure if Ederson will be fit to face Liverpool

Manchester City are sweating over the fitness of Ederson ahead of Sunday's top of the table clash wi...

Guardiola unsure if Ederson will be fit to face Liverpool

Manchester City are sweating over the fitness of Ederson ahead of Sunday's top of the table clash with Liverpool in the Premier League.

The Brazilian goalkeeper came off injured at half time during Wednesday's 1-1 draw with Atalanta in the Champions League.

Ederson's replacement Claudio Bravo was sent off late on so City were forced to finish the game with defender Kyle Walker in goal. 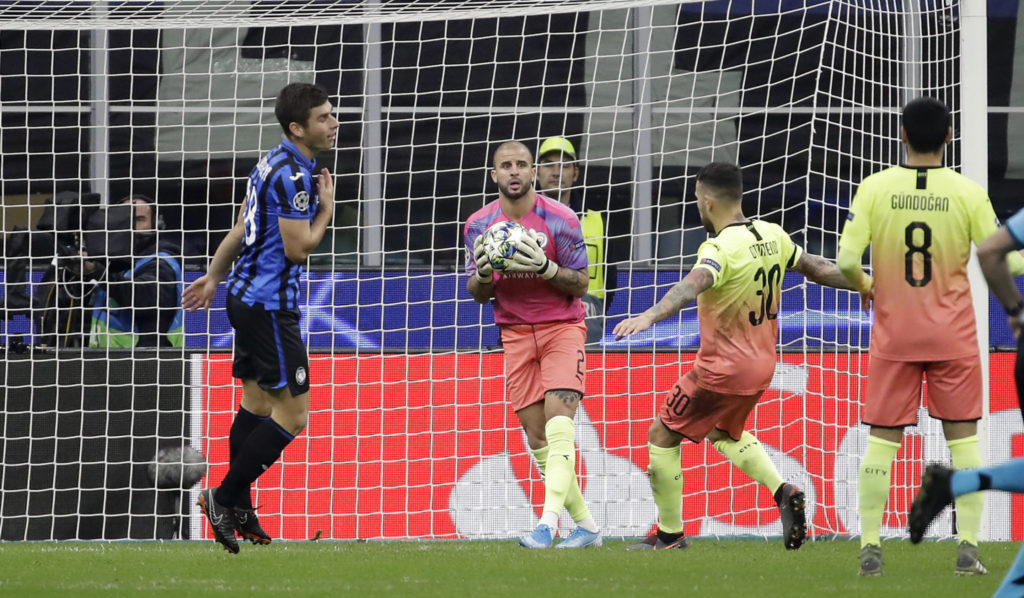 When asked if Ederson would be fit for the Liverpool game, City boss Pep Guardiola said: "I don't know right now. It's a muscular problem. He didn't feel comfortable in the last minutes and that's why we decided to make a substitution.

"He's strong. We're going to try with him but we are not going to take a risk. We will see."

If Ederson is unavailable, Bravo will step in for only his third Premier League appearance in two years.

The 36-year-old joined City in 2016 in Guardiola's first season in charge but the Chilean endured a tough campaign, which forced Guardiola to sign Ederson in the summer of 2017.

Bravo's debut was a 2-1 win at Old Trafford against Manchester United but he was at fault for United's goal.

City paid Benfica €40 million for Ederson, who has been key in their back-to-back Premier League title successes.

The 26-year-old is always so comfortable with the ball at his feet and his ability to play out from the back is often the start of City's attacks.

Guardiola is already without his best central defender in Aymeric Laporte and City go to Anfield, trailing leaders Liverpool by six points.

Jurgen Klopp's side haven't lost a league game since their 2-1 defeat at the Etihad last January and their last home defeat came in April 2017.