Bayern Munich have handed the permanent managerial reins of the club to Hansi Flick until at least t...

Bayern Munich have handed the permanent managerial reins of the club to Hansi Flick until at least the summer of 2023.

The 55-year old had led the team as interim head-coach since they dispensed with Nico Kovac in November of 2019.

Since his temporary appointment, Bayern have lost just twice in the Bundesliga with the last of those defeats coming on December 7 away to Borussia Monchengladbach.

Before the season was suspended, Bayern sat four-points clear of Borussia Dortmund at the top of the table.

Their 3-0 win away to Chelsea in the last-16 of the Champions League saw them put one foot into the quarter-finals before their second leg was postponed and the competition indefinitely suspended due to the COVID-19 pandemic.

As a player, Flick was with Bayern for five years. As a coach, he worked under Giovanni Trapattoni at Red Bull Salzburg prior to the Italian taking the Republic of Ireland job.

After that, Flick was assistant to Joachim Low with the German national side.

Oliver Kahn is now a board member at Bayern, and the former goalkeeper says of Flick's permanent appointment, "It's important for FC Bayern that a coach understands the club's philosophy.

"Hansi was a player and later an assistant coach at FC Bayern.

"Hansi knows the club's mentality, he knows maximum success is the benchmark for FC Bayern, and I'm delighted we can develop our idea of the club and of football along with him in the years to come." 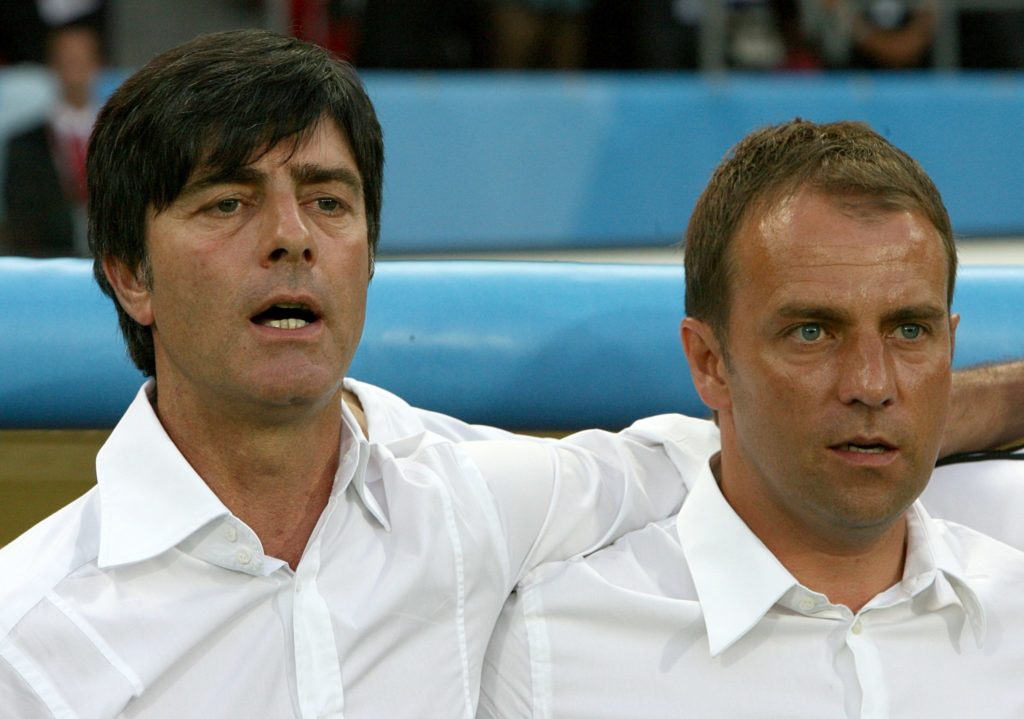 The likes of Arsene Wenger and Carlo Ancelotti had been linked with the Bayern job after the sacking of Kovac and Sporting Director Hasan Salihamidzic admits Flick's performance in an interim capacity altered the board's initial plans, "From the first day Hansi took over, we had a plan for managing the situation.

"Hansi initially took charge for two matches, then until Christmas, then there was an agreement that he’d be our head coach until the end of the season.

"Hansi abided by it with loyalty and discipline, that’s one of his qualities. Another factor is the results Hansi has achieved with our team. The results speak for themselves.

"Hansi and I know the ways we want to take the team forward. Football is facing huge challenges. We think Hansi is the right head coach for these times too."

Club president Karl-Heinz Rummenigge is delighted to tie flick down to a permanent deal, "The team has developed very well under him. They’re playing attractive football, which is also reflected in the results.

"We’re the only German club still present in all three competitions. In addition, I like the way he leads the team.

"His qualities as a person are convincing, he has empathy on his side and we’re convinced we’ll continue to achieve our goals with him in the future."

Hummels on LGBTQ rights: "We need to talk about it in public"