Boxers Kellie Harrington and Brendan Irvine will carry the Irish flag at Friday's opening ceremony a...

Boxers Kellie Harrington and Brendan Irvine will carry the Irish flag at Friday's opening ceremony at the Olympics.

2018 world lightweight champion Harrington is among Ireland's best medal prospects in Tokyo, in what will be her maiden Games.

“This means so much to me," the Dubliner said after being announced as a flagbearer. "To be able to represent not only myself as a person, but as a boxer, for boxing, for my family and for Ireland.

"It’s an amazing honour, there are so many athletes out here, and to be chosen as one of the flagbearers is absolutely fantastic. I can’t believe it really.

"Walking out there and realising I’m the flagbearer, it’s the start of the Olympic Games, and I’m at the pinnacle of our sport.” 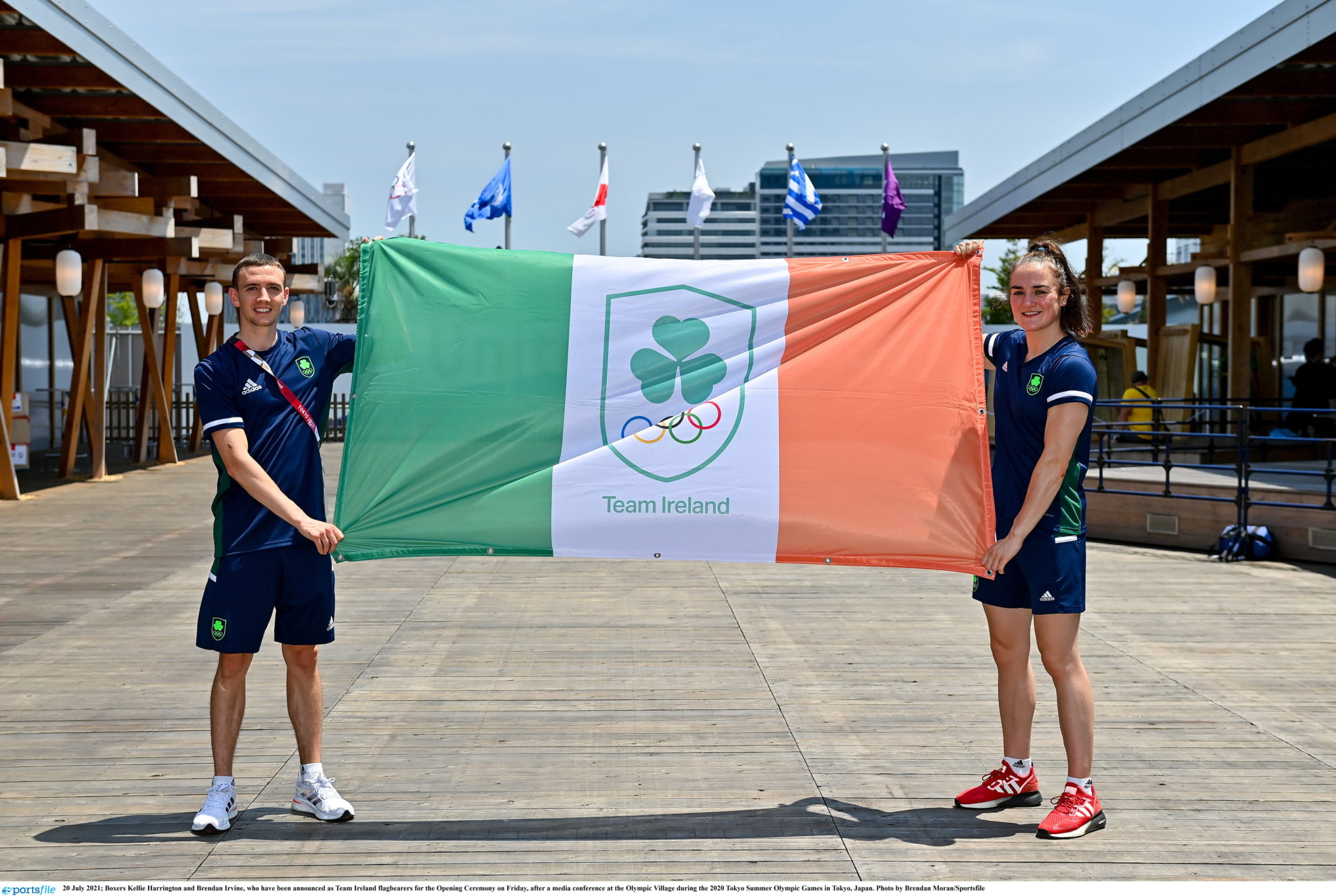 20 July 2021; Boxers Kellie Harrington and Brendan Irvine, who have been announced as Team Ireland flagbearers for the Opening Ceremony on Friday, after a media conference at the Olympic Village during the 2020 Tokyo Summer Olympic Games in Tokyo, Japan. Photo by Brendan Moran/Sportsfile

Irvine is going into his second Olympics, having boxed in Rio in 2016 and Harrington is delighted to share the honour with him.

“I know Brendy a long time now, and he is a fantastic person. He is what you call a leader; he leads the team. I’m so happy that it’s him out there with me.

"I just know we will be looking at each other and smiling. We will be feeling so proud, and I know his family and friends and community are quite like mine and everyone will be so proud of our achievements.

Olympic boxing qualifier suspended until May due to coronavirus