The 2018 world champion is assured of at least lightweight bronze after beating Algeria's Imane Khelif on a unanimous points decision this morning.

It sees Harrington follow in the footsteps of Katie Taylor in winning a women's lightweight medal and she'll be back in action in the semis against Thailand's Sudaporn Seesondee on Thursday.

Harrington's family watched this morning's bout from Dublin and her brother, Joel, says her journey is an inspiration to their local community.

"Buzzing, absolutely buzzing," he told Newstalk Breakfast. "I'm kind of at a loss for words but I suppose the way I'm feeling is tired more than anything.

"I think Kellie's main priority is bringing a bit of positivity to the area and it's certainly done that. The road and the area is absolutely bouncing this morning". 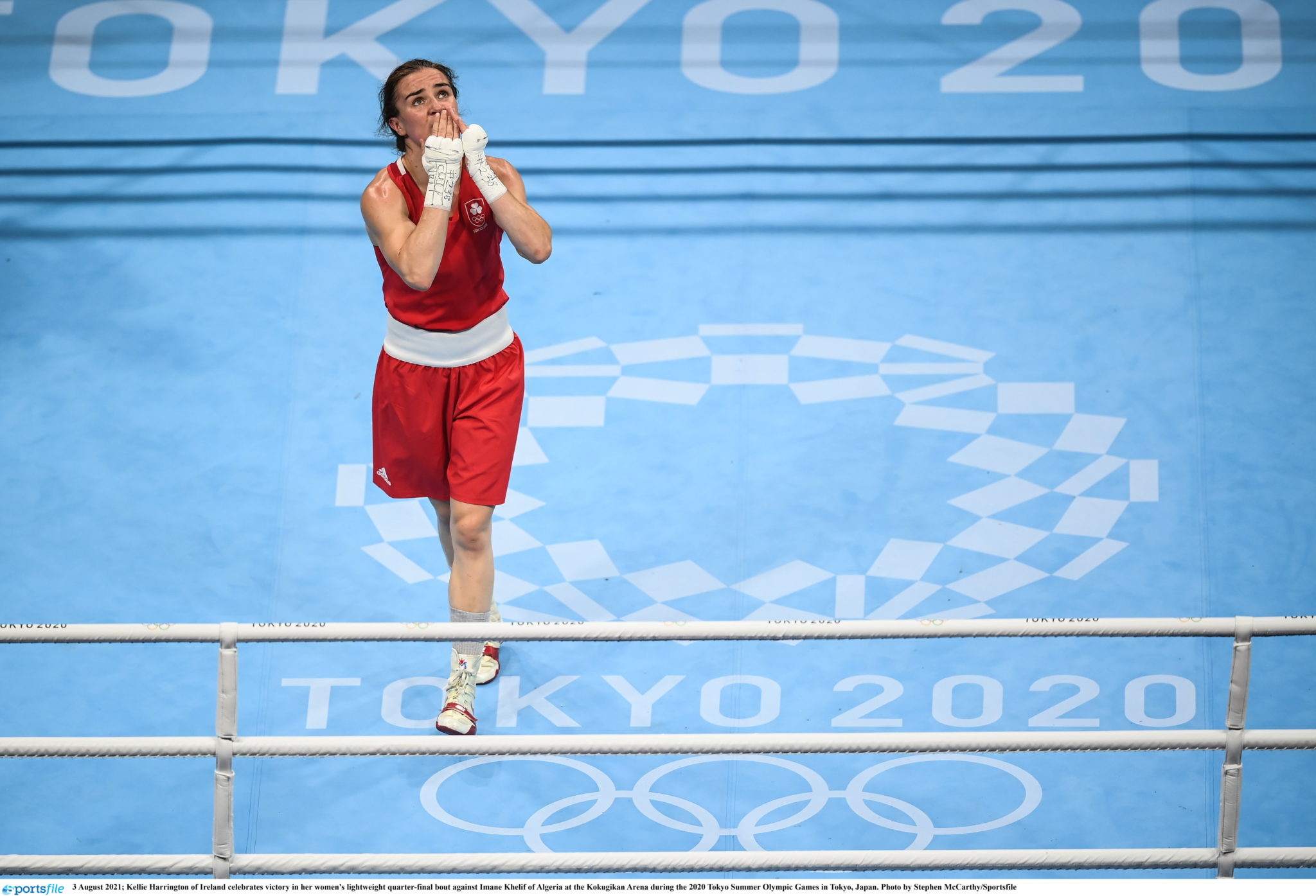 3 August 2021; Kellie Harrington of Ireland celebrates victory in her women's lightweight quarter-final bout against Imane Khelif of Algeria at the Kokugikan Arena during the 2020 Tokyo Summer Olympic Games in Tokyo, Japan. Photo by Stephen McCarthy/Sportsfile

Joel says it's disappointing that they can't be in Tokyo to share the experience but he was able to catch up with his sister this morning.

"We'd love to be there, but she's fine on her own; even if we were over there we wouldn't be around Kellie or anything like that.

"None of us in the family would talk too much to Kellie when she's competing, there's not really a lot we can say to her.

"She's a high performance athlete, so it's what she does and we just leave her to it.

"I was talking to her briefly, I think she's just more or less tired after it - it was a fairly tough fight that she had.

"But yeah, she's over the moon and she's just buzzing.