Real Madrid manager Zinedine Zidane has confirmed Eden Hazard will be available to feature against h...

Real Madrid manager Zinedine Zidane has confirmed Eden Hazard will be available to feature against his former club Chelsea.

The Spanish champions host Chelsea in Madrid on Tuesday night in the first leg of their Champions League semi-final.

Hazard made his first appearance for Real in over a month when he came off the bench in Saturday scoreless draw with Real Betis in La Liga.

The 30-year-old has scored only four goals in his 37 appearances for Real since his €100 million move from Stamford Bridge in the summer of 2019.

The Belgian international has been sidelined for the majority of this season due to injury but Zidane believes Hazard is ready to go now.

"I don’t see Eden having any doubts," Zidane said at his press conference on Monday morning.

"He looked very good on the field the other day.

"That was the important thing, not feeling any of his old problems.

"We are happy to have him with us, he will bring a lot to the team." 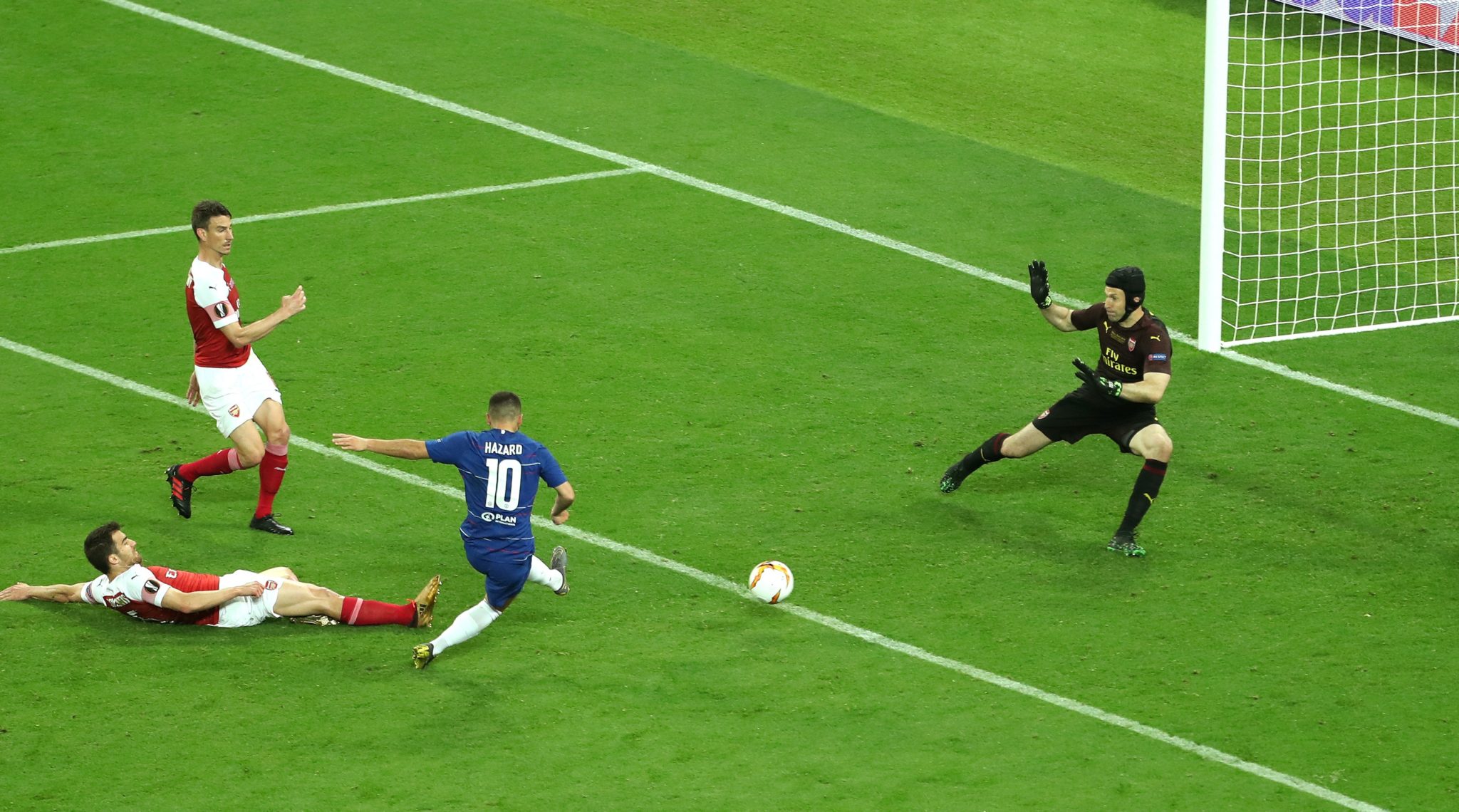 Chelsea's Eden Hazard scores his side's fourth goal of the game during the UEFA Europa League final at The Olympic Stadium, Baku, Azerbaijan.

After knocking Liverpool out in the quarter-finals, Zidane is hoping his side can finish the season strongly.

Real are just two points behind leaders Atletico Madrid in La Liga with five games to play and like Barcelona and Sevilla, are in with a chance to winning the title.

The former World Cup winner says it's not a case of picking one competition over the other.

"We are not going to choose between the league and the Champions League," said Zidane.

"We are still very much alive and kicking in both. We have had a few setbacks over the year but we have always managed to find a solution.

"Now there is one month of competition left and we are going to compete until the end.

"That is the only thing in our mind. There are tough games and things do not always work out as planned but we will give 100% every time.

"We will never believe it is not possible and you will never see that from a Real Madrid side."

Zidane also accepts Chelsea are a tough nut to crack but he believes Thomas Tuchel's side won't be happy to sit back on Tuesday night.

"It is a semi-final so we expect a tough game," said Zidane.

"I don't think we will be seeing a Chelsea team that will sit back and defend.

"We know they defend well but they also attack well.

"If you look at recent games, we have created lots of chances and goals scoring opportunities, and hopefully we will see the best version of Real Madrid trying to hurt Chelsea."

It was also no surprise the Real manager was asked about the European Super League and his answer was equally unsurprising.

"The president [Florentino Perez] knows what I want, and my desire," said Zidane.

"I am here to prepare for Tuesday's game. It's not that we are not interested but now is not the time to talk about other topics.

"We have to focus on the Champions League and that is it."