All Ireland hurling winner with Clare, Colm Galvin, has been forced to retire from inter-county hurl...

All Ireland hurling winner with Clare, Colm Galvin, has been forced to retire from inter-county hurling due to injury.

Still just 28, the Clonlara clubman says his body is no longer up to the rigours of playing for his county.

In a statement released by Clare GAA, Galvin said the root of his issues has been a persistent groin injury.

The midfielder was still just 20 when he helped a Davy Fitzgerald-managed Banner side overcome Cork in a replay.

Galvin was also central to a stellar Clare U21 team that won three successive All Ireland titles between 2012 and 2014.

His exploits in the centre of the field in 2013 saw him rewarded with the one and only All Star of his career. 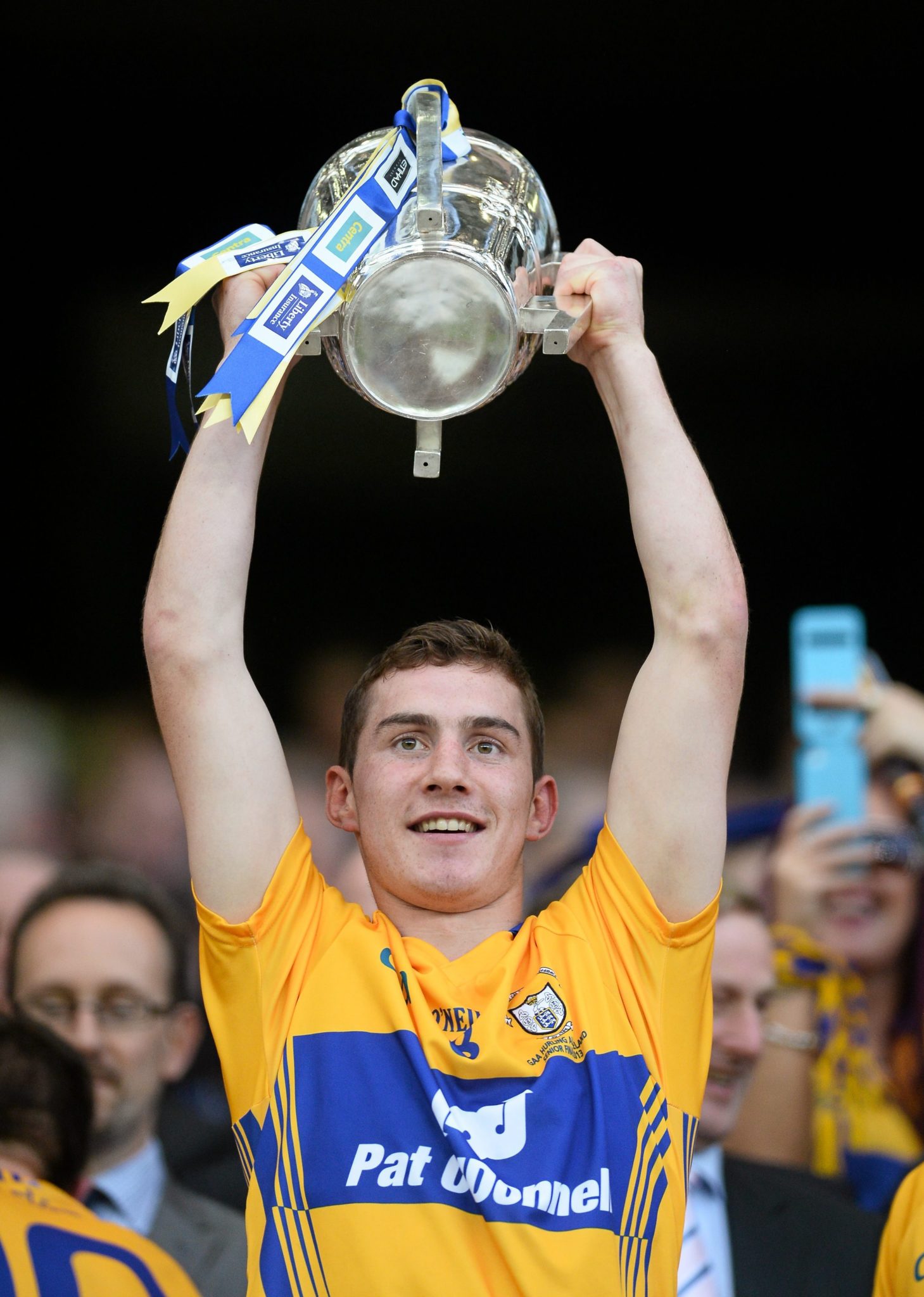 It's a scenario that I never thought or hoped would ever happen but unfortunately following a succession of injuries and repeated setbacks, I've had to make the difficult decision to retire from inter-county hurling.

A decade on from making my senior championship debut against Dublin in Cusack Park, I'd love to have continued playing for Clare but after ongoing conversations with Brian [Lohan], realistically my body just isn't able for the workload required at the highest level any longer.

Central to this is a persistent groin injury that has never healed properly which has proven extremely frustrating as well as mentally draining.

It's not easy to step away from the panel, many of which I have hurled alongside since our formative years in a Clare jersey but I sincerely wish the lads and management all the very best for 2022 and beyond.

My focus now is to try and get rehabilitated for my club Clonlara who, along with my parents Kevin and Geraldine, my fiancé Orlaith, siblings Ciara and Ian, friends and extended family, have been so supportive to me throughout my inter-county career.

I've also been blessed to have played with so many great players and equally fortunate to have been coached and managed by people who have given of their all for the county.

As a result, I've been able to fulfil my lifelong dreams of playing at all levels for Clare and made some truly unforgettable memories along the way.

To have shared provincial and national successes with such passionate and loyal supporters is something I'll always cherish and even when things didn't always go our way, we always felt we had the full backing of the Clare support.

Knowing the commitment and talent that we have, hopefully there's much more to come from Brian and the lads in the near future.

I look forward to watching their progress and fingers crossed I get the opportunity to experience the celebrations myself from the stands. It's up to Ian to carry the torch for the family now. No pressure.

No Bubbles no party - Tipp's O'Dwyer ruled out for the season