Ireland under 21s to play three friendlies in Marbella

The Republic of Ireland Under-21s will travel to Spain at the end of May to play three friendly game...

Ireland under 21s to play three friendlies in Marbella

The Republic of Ireland Under-21s will travel to Spain at the end of May to play three friendly games before the European qualifiers.

Jim Crawford's side will face Switzerland, Denmark and Australia’s Olympic football team in series of friendlies in Marbella.

The squad is due to travel to Spain on Thursday, May 27th and will play Switzerland on Sunday, May 30th.

That will be followed by a game against Australia on Wednesday, June 2nd before ending the series of games with an evening fixture against Denmark on Saturday, June 5th.

The three games will be used as preparation for the European Under-21 Championship qualifiers which begin for the Boys in Green in September against Bosnia Herzegovina.

Manager Jim Crawford said: "We were determined to get a number of games in the June international window for the players to have the best possible preparation for our qualifiers.

"It is excellent news that this has been confirmed, all three teams present exciting and challenging opposition to our team and myself and the staff can’t wait to get back with the players to test ourselves against this standard of opposition." 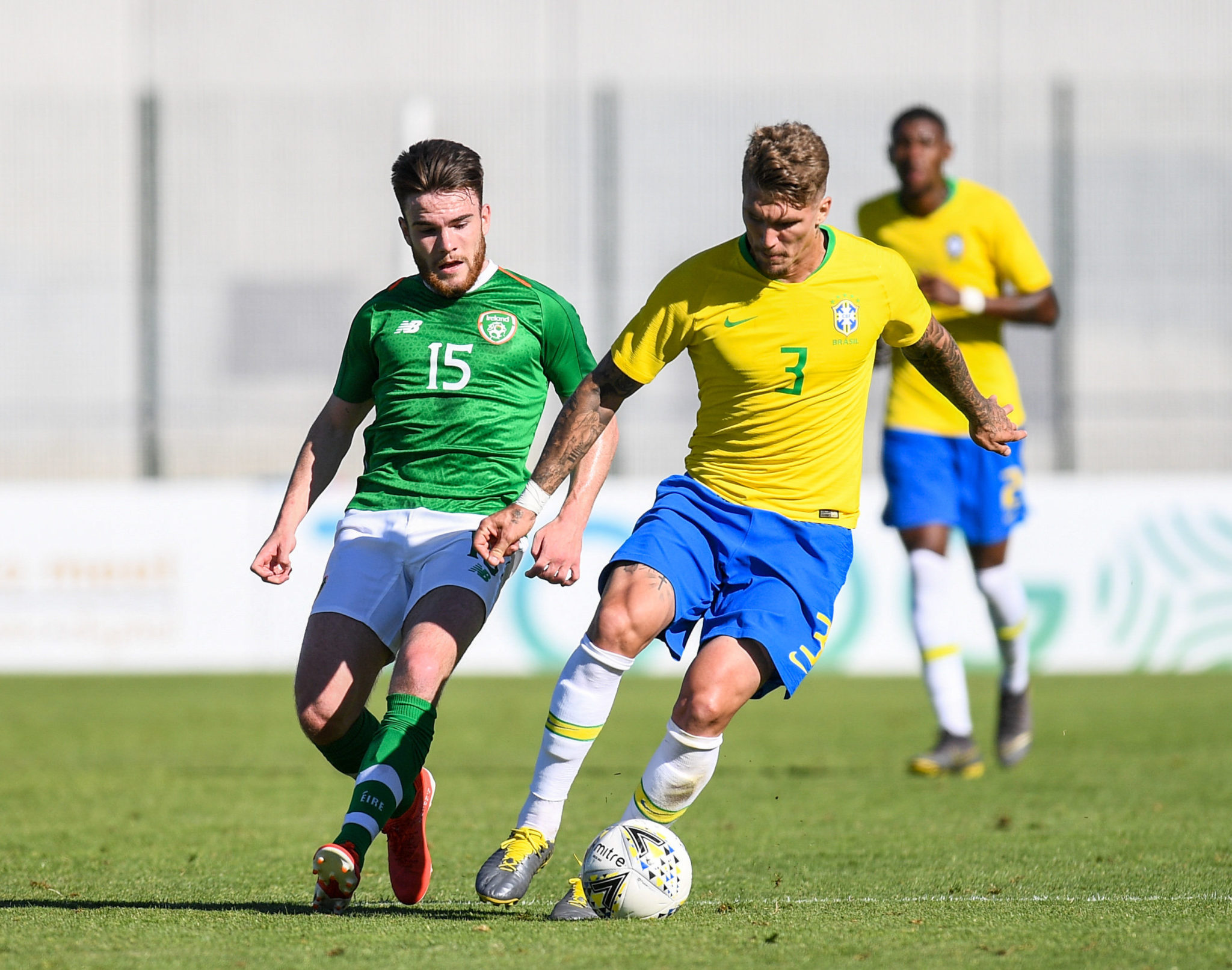 12 June 2019; Aaron Connolly of Ireland in action against Lyanco Evangelista of Brazil during the 2019 Maurice Revello Toulon Tournament Semi-Final match between Brazil and Republic of Ireland at Stade De Lattre in Aubagne, France. Photo by Alexandre Dimou

Crawford has spoken previously about the benefit of having a run of games in the summer international window before the qualifiers.

He added: "I saw how the Toulon Tournament in 2019 gave a lot of the players involved in the Under-21s a platform for their club form and the confidence to go play at this level.

"Having these games in Marbella gives us an opportunity to give a talented group match minutes and a chance to come together over 10 days, work hard, work on our style of play and get ready for September."

All games will be behind closed doors.