The West Belfast native blazed a trail for a succession of boxing greats, by winning Ireland's first ever Olympic medal in the sport.

At the Helsinki Games of 1952, McNally made it to the final of the bantamweight division where he was ultimately beaten by home favourite Pentti Hamalainen on a split decision.

McNally's silver was the first of 18 medals that Ireland have gone on to win in the ring at Olympic Games, more than half of the country's total of 35.

However, speaking to Newstalk in 2007, McNally still felt he had been robbed by a hometown decision. 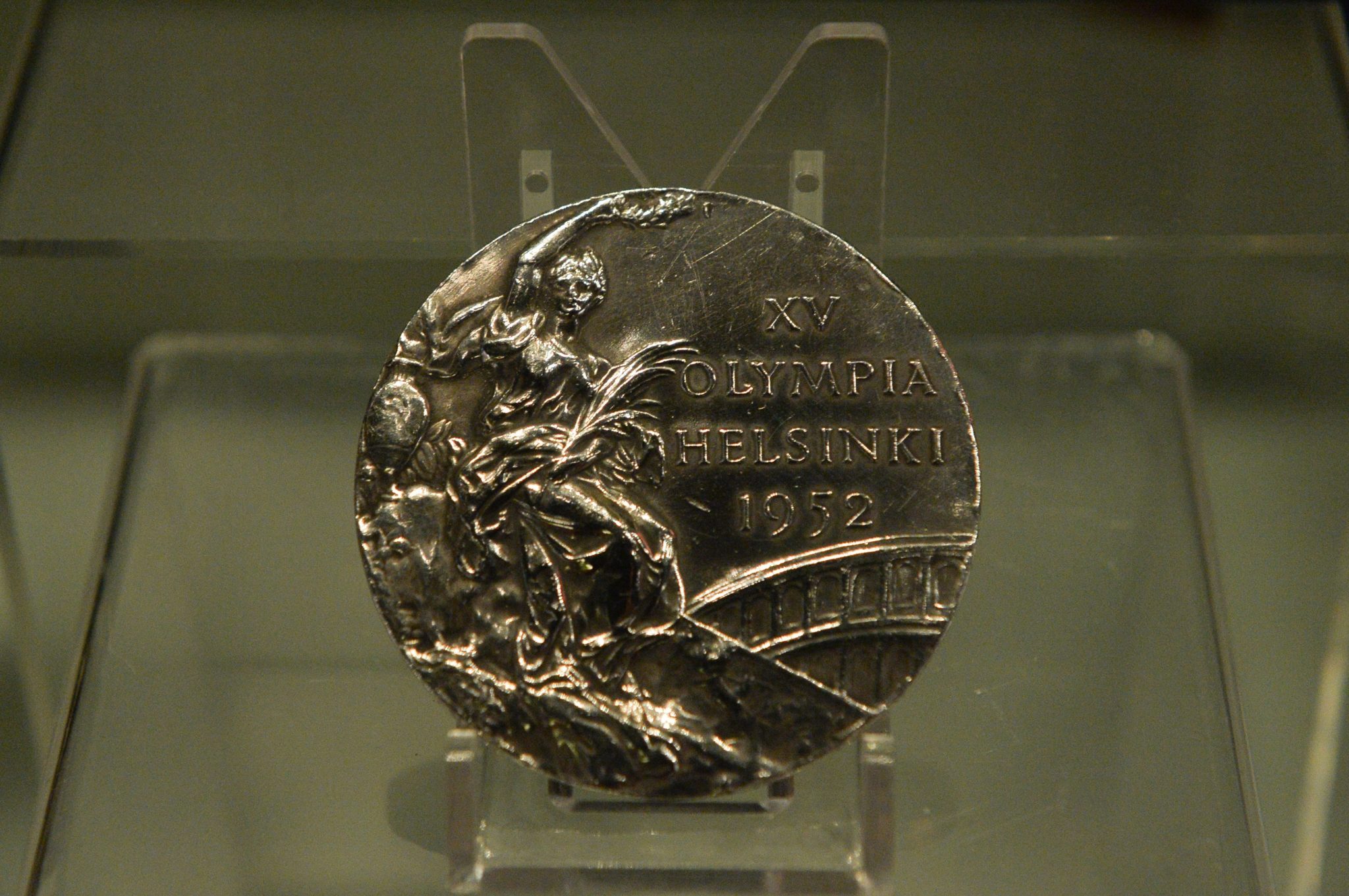 16 May 2016; A detailed view of John McNally's silver medal won in the bantamweight boxing competition at the 1952 Helsinki Olympic Games at the launch of the 'Ireland's Olympians' exhibition in the GAA Museum, Croke Park, Dublin. Picture credit: Piaras Ó Mídheach / SPORTSFILE

"The one thing that always got me in that fight was - I was a defensive boxer - he was missing me by a mile," he said.

"And the crowd were going daft. No matter what he threw.

"He was checked altogether ten times - for slapping. And he was always slapping me here... the crowd were going daft, and then he hit me with the head.

"He wasn't even cautioned once.

"He hit me with the head and split my eye, and wasn't even cautioned.

"And I said 'What the hell is going on here?', I couldn't understand it. As far as I was concerned, cheer when you hit someone - not slap them - and if you miss them you don't cheer at all."

A year after his Helsinki exploits, he took bronze at the European Championships in Warsaw.