The 23-year old joins the English Championship high-flyers after three seasons at Head In The Game Park.

Brown was a near ever-present in the Drogs team that performed admirably upon their first season back in the top flight under Tim Clancy, and was rewarded for his displays with a place in the PFAI Team of the Year.

He'd impressed Blackburn's staff while on trial there in recent weeks. 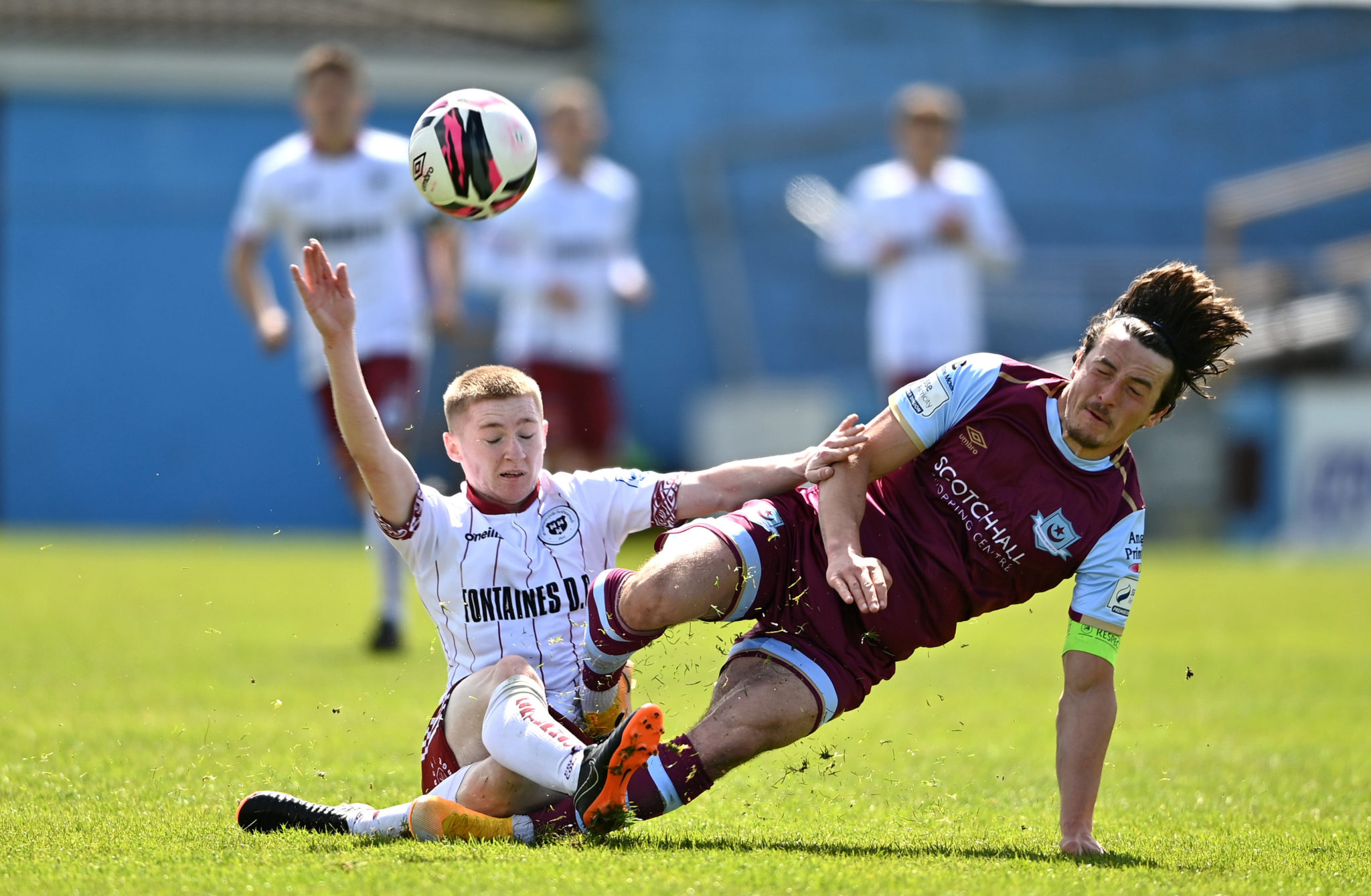 3 May 2021; Ross Tierney of Bohemians in action against James Brown of Drogheda United during the SSE Airtricity League Premier Division match between Drogheda United and Bohemians at Head in the Game Park in Drogheda, Louth. Photo by Sam Barnes/Sportsfile

Brown will initially link up with Rovers' under-23 squad, but will provide cover for first-team players like Ryan Nyambe and Joe Rankin-Costello.

Blackburn's under-23 squad is already home to Republic of Ireland U19 international, Zak Gilsenan.

"Inconsistent" Obafemi may have to move says Saints boss Hasenhuttl