Republic of Ireland international Caoimhín Kelleher is in line to make his first start of the Premie...

Republic of Ireland international Caoimhín Kelleher is in line to make his first start of the Premier League season, this weekend.

The Reds goalkeeper will have to fill in for first-choice Alisson who is one of eight Premier League players that will be prevented from lining out for their clubs by FIFA.

Brazilian football authorities have triggered the FIFA five-day rule after five clubs in the English top-flight stopped players from appearing for their country.

The Premier League had announced their support for the clubs ahead of the international window, who took the decision to hold back players due to travel to red list countries as they would have had to miss several games on their return because of the 10-day isolation period required under UK Covid-19 regulations.

Liverpool's number one along with clubmates Roberto Firmino and Fabinho, Manchester City pair Ederson and Gabriel Jesus, Leeds forward Raphinha, Chelsea stopper Thiago Silva and Manchester United midfielder Fred are the eight players who were held back by their clubs. 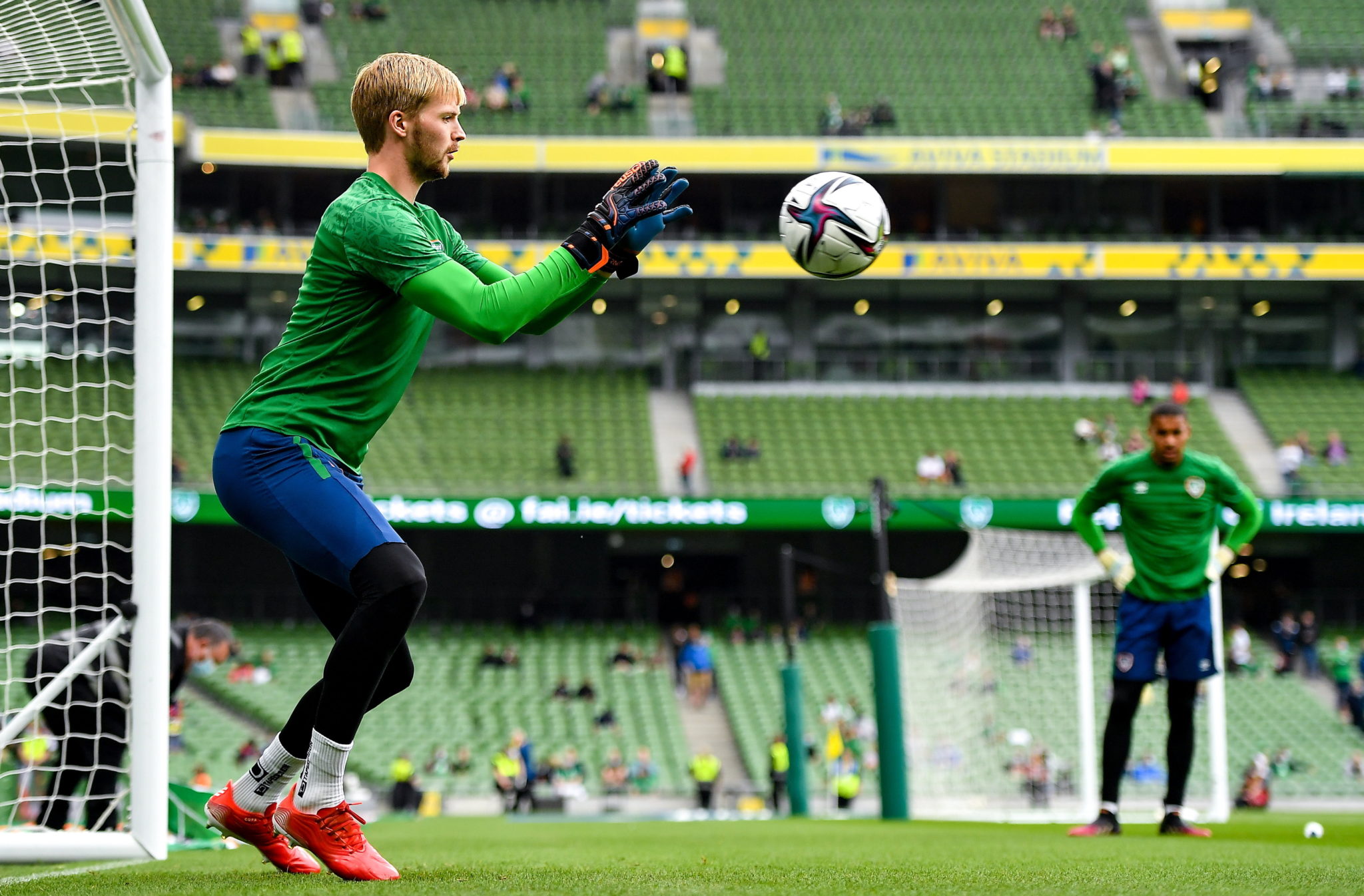 4 September 2021; Republic of Ireland goalkeeper Caoimhin Kelleher - under the watchful eye of Gavin Bazunu - before the FIFA World Cup 2022 qualifying group A match between Republic of Ireland and Azerbaijan at the Aviva Stadium in Dublin. Photo by Seb Daly/Sportsfile

Brazil did not ask for the rule to be applied to Everton striker Richarlison due to the fact that he was allowed by the Merseysiders to compete for his country at the Olympic Games when the regulations did not force his club to allow him to play.

The decision covers 10-14 September which rules the Liverpool trio out of their Sunday trip to Elland Road where they face Leeds United and now, most likely, with Kelleher between the sticks.

The Cork native is regarded as the club's number two and made two Premier League appearances last season against Wolves and Brighton while he made another seven senior appearances Champions League and English domestic cup competitions.

22-year-old Kelleher has just one senior cap after his debut in Hungary in June but may have to bide his time for a second based on the excellent performances of Gavin Bazunu who was Ireland's star man in the three World Cup qualifiers this month.

You can listen to LIVE EXCLUSIVE commentary of Leeds United v Liverpool (k/o 16:30) in the Premier League this Sunday on Off The Ball!

Klopp still in the dark over availability of Brazilian players