The City captain scored broke the deadlock after 70 nerve-wracking minutes of football for those draped in Sky Blue.

Brendan Rodgers' side remained resolute in for the opening hour of the game, frustrating City for large periods and restricting them to half chances throughout the opening 45 minutes.

But it was the Belgian defender who stepped up with just 20 minutes remaining to ensure that the home side took all three points and remain two clear of rivals Liverpool heading into this weekend's Premier League finale. 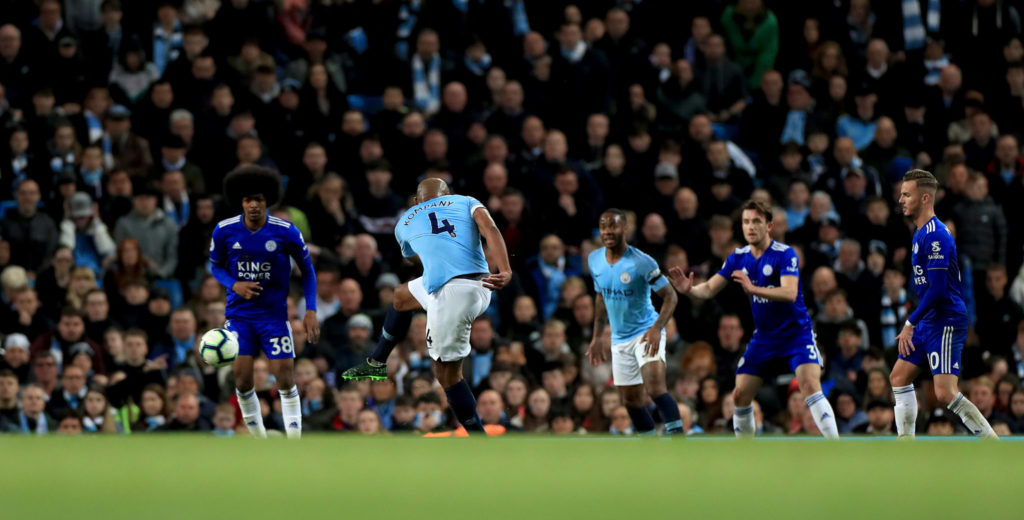 Sergio Aguero came closest to opening the scoring prior to the goal, his header that hitting the inside of the post and was saved on the line by Kasper Schmeichel.

Leicester still had a huge chance to answer Liverpool's prayers late on, but against his former club Kelechi Iheanacho shot wide with just Ederson to beat.

Guardiola's side now have 157 goals this season and their latest from an unexpected source may well hand them the title when they travel to Brighton this weekend.

City move back one point clear of Liverpool and will become the first side in a decade to retain the title on Sunday as long as they match or better the Reds' result at home to Wolves.