Nick Kyrgios was eliminated at the third round of the Australian Open by last year's runner-up Domin...

Nick Kyrgios was eliminated at the third round of the Australian Open by last year's runner-up Dominic Thiem in an all-time five-set classic in Melbourne. Due to a new COVID-19 outbreak in a Victoria Holiday Inn, fans will no longer be permitted on the grounds for at least five days and with that, the 2021 Australian Open may have peaked.

The Austrian and Australian pair served up a solidified classic on Friday in Melbourne in front of an incomparably raucous crowd passionately screaming for their home favourite while audibly appreciating his victorious opponent. This was wild sport fanfare at its finest, the occasion befitting a grand slam final rather than a first Friday encounter.

However, Thiem, who lost to Novak Djokovic in the 2020 final in what was another titanic battle, fought back, held serve and did not surrender another point on his serve for the rest of the third set. 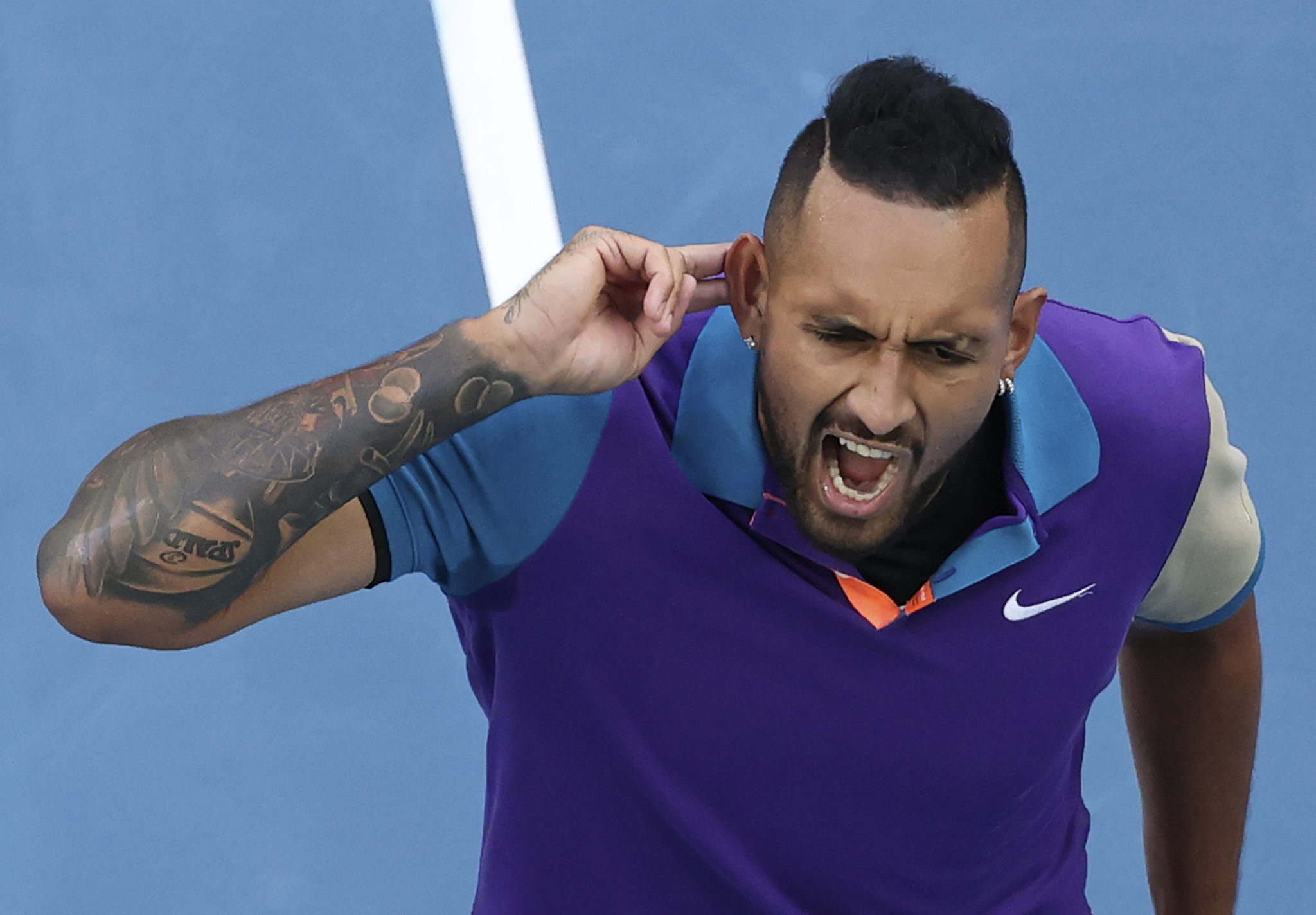 This was just the duo's second-ever match-up six years on from their first when they met on clay in France in a match where Kyrgios was forced to retire at the end of the first set. Essentially, this was fresh territory for both individuals, the uncertainty of which fascinated deeply.

Thiem improved as the match progressed while Kyrgios fell victim to his trademark rollercoaster of emotions; clashing with the umpire on numerous occasions, berating himself for poor shot selections and imploring his beloved audience to ease their vociferous support during points, all while entertaining the masses with a mixture of barely-believable serves and groundstrokes of the highest calibre.

In this regard, see also: Dominic Thiem. He remained calm on the brink of defeat and in the face of a partisan crowd. It is why he is the best outside of the Big Two.

"Giving up is never an option, there is always a chance"@ThiemDomi's spirit was never broken 💪🇦🇹#AusOpen | #AO2021 pic.twitter.com/I797JvA14S

Each player demonstrated their stupendous quality throughout, with the crowd responding in kind. This combination meant that watching on a screen from the other side of the world was engaging beyond reasonable expectation.

The crucial point of the contest occurring at 4-4 in the fourth set when at game point, Kyrgios attempted an even-by-his-standards outrageous tweener-volley at the net which understandably failed. From there, Thiem took the match into a decider, the first half of which saw a particularly elite level of tennis illustrated with enduring rallies and brave groundstroke selections by both men, prompting a number of standing ovations by those gripped in attendance.

At 3-3 in the fifth, Thiem broke Kyrgios - who took to drinking a can of Pepsi in the change of ends - at the second time of asking in the same game and with that, the Canberra native's spirit. The 27-year-old Austrian won the match courtesy of his signature backhand winner down the line which Kyrgios applauded; this point perfectly encapsulating the spirit of the match. He eventually triumphed 4-6, 4-6, 6-3, 6-4, 6-4.

What a ride it was with @NickKyrgios 👏🙌

We already can't wait to see you back 🇦🇺#AusOpen | #AO2021 pic.twitter.com/ZiPMhPBcjM

Thiem will now face Grigor Dimitrov in Sunday's fourth round and remains on course to meet Djokovic (who required medical treatment for an abdominal issue in his match against Taylor Fritz) in the semi-final. Meanwhile, Kyrgios can reflect on another eventful week on home soil. The 25-year-old hardly struck a ball in the last year due to the global pandemic but impressed nonetheless in his three matches here with his play. He polarised many as well with his behaviour.

Kyrgios went 2-0 down in his first-round match against a player with the initials FFS (Federico Ferreira Silva) who was playing in his maiden grand slam match. Responding to the poor start, Kyrgios turned to his box and demanded one of his entourage to instruct their girlfriend to depart. Kyrgios composed himself to win in straight sets.

For many, his second-round match against the supremely talented Ugo Humbert brought the tournament to life. Kyrgios was two match points down in the fourth set, saving the second with a brave-beyond-belief passing shot before taking the match in the fifth and reflecting on the court afterwards that it was the craziest match of his career to date.

It set up the Thiem clash perfectly, the result of which will live long in the memory but will leave many pondering if Kyrgios will ever accomplish a substantial feat to coincide with his immeasurable ability and star presence.

It is worth noting that his best performance at a grand slam so far was in reaching the last eight of both Wimbledon in 2014 and at the 2015 Australian Open. He is capable of much more, if he wants it. In his post-match press conference, Kyrgios said he was proud of his own performance, pleased for Thiem's win and admitted that he did not have any concrete tennis plans for the remainder of the 2021 season amid the virus. 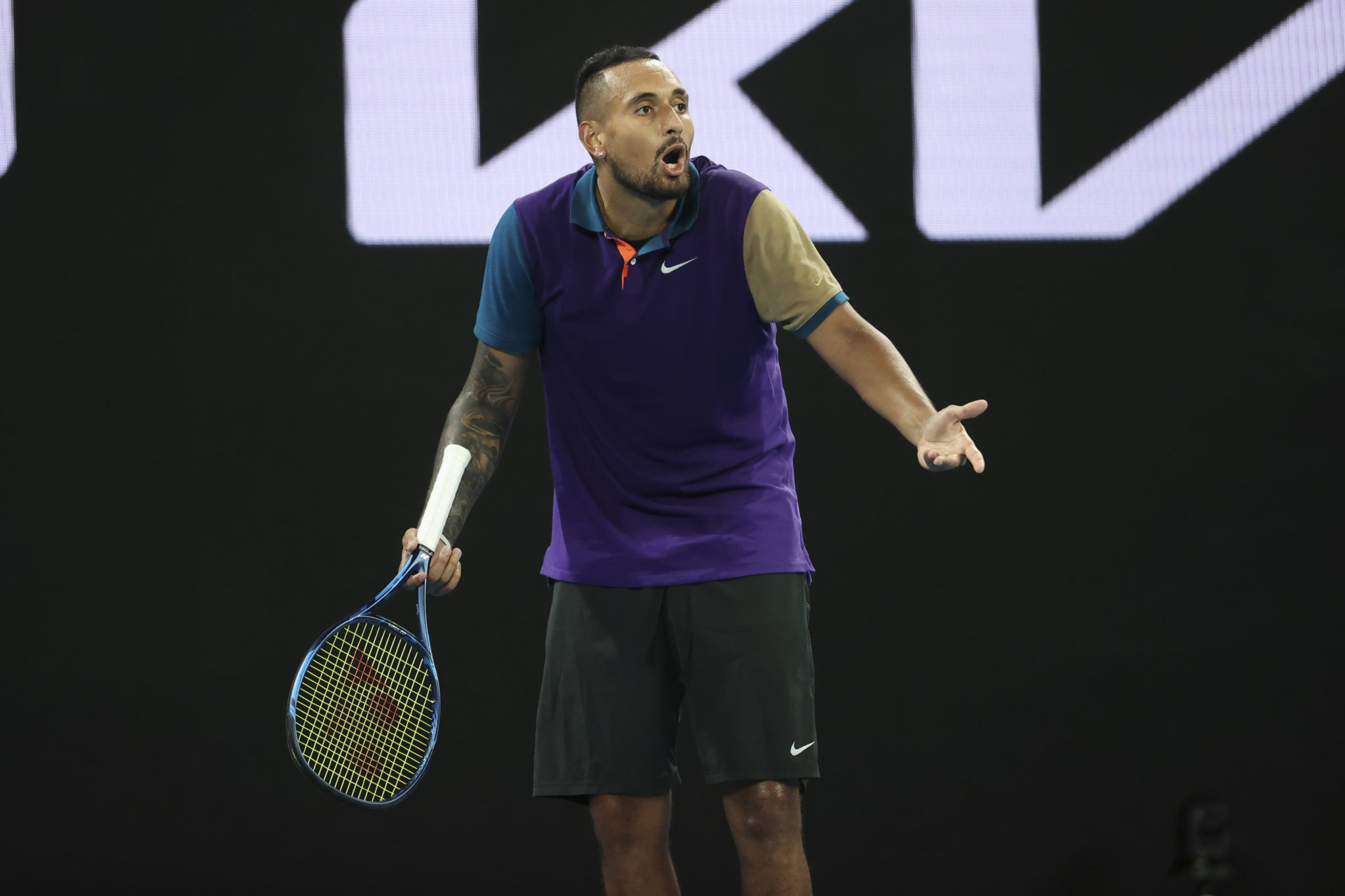 Meanwhile, in a truly disappointing but understandable turn of events, crowds will not be able to attend the Australian Open for at least the next five days as the state of Victoria retreats into a temporary hard lockdown as a cluster of coronavirus cases were confirmed at a Holiday Inn.

The players, their teams and imperative Australian Open staff will be permitted to continue attending as they are deemed essential workers, but competitors will have to remain in a bubble so when they leave the grounds to return to their residences, they will only be able to depart again upon travel to the grounds.

Craig Tiley, the chief executive of Tennis Australia, has explained the decision, saying: “Play will continue and players will compete in a bubble form not dissimilar to what they’ve been doing right throughout the year.

“Those who will be allowed on site will be players and their direct support teams as well as those staff members who are unable to do their work from home.

The statewide restrictions were enacted from 11.59pm local time on Friday night. This culminated in extraordinary events on the Rod Laver Arena. When the clock struck 11.30pm during the fourth set of Djokovic's injury-hit five-set victory over Fritz, the umpire interrupted play to read from a script informing the crowd that they must immediately vacate the premises to return home in time.

Following that formal announcement, the players left the court for seven minutes while the stadium cleared before returning to finish the match in silence. This will now be the reality of the Australian Open until the middle of next week at the earliest.

Undoubtedly, the supporters will be missed as their enthusiasm has been central to an endearing tournament thus far, reminding the tennis world of what the sport has been missing for the last 12 months in light of the pandemic.

While the fans have largely encouraged the players, there was an interesting incident on Thursday when a member of the crowd was removed from the stadium for persistently disrupting play, seemingly aiming abuse toward Rafael Nadal in the process, much to the iconic Spaniard's amusement.

A fan has been BOOTED from the match for unsavoury language and flipping the bird to Rafael Nadal! 💥😂

Nadal easily won the match where he defeated Michael Mmoh, whose mother Geraldine O'Reilly hails from Ireland and works as a nurse.

The crowd has amused all week, which Stefanos Tsitsipas discovered the hard way when in his post-match on-court interview, the 22-year-old prodigy admitted that his first-round victory over veteran Gilles Simon was easier than he had anticipated, causing the audience to joke-boo to the visible surprise of the Greek. The day before, the Djokovic-supporting crowd booed the interviewer who asked the Serb if he found the run-up to the tournament frustrating, presumably alluding to Djokovic's controversial request to lift the strict COVID measures put in place by the state of Victoria.

These type of exchanges have not been limited to the stands, with the end of the inaugural all-Italian men's match at the Australian Open seeing Fabio Fognini and Salvatore Caruso argue over the perceived disrespect showcased to one another during the match to such an extent that they had to be separated by the umpire in a verbal argument that lasted longer than one would imagine. For context, here is the full fight translated from Italian.

Perhaps these incidents are influenced by the stress of COVID-19 and its related protocols which saw 72 players forced into a hard two-week hotel quarantine pre-tournament because of positive cases on flights in from Doha, Abu Dhabi and Los Angeles.

A number of high-profile players from that list of 72 have exited the Australian Open early this week, including the defending champion Sofia Kenin, the 2016 winner Angelique Kerber and the former two-time champion, Victoria Azarenka.

Serena Williams is safely through to the last 16 as she attempts to finally eclipse Margaret Court as the all-time women's grand slam record holder.

Williams has remained on 23 grand slam titles since her last major victory four years ago at the Australian Open when she beat her sister Venus while pregnant.

She has reached four slam finals since her maternity leave finished but has lost all in straight sets as a new generation of world-class players such as Naomi Osaka, Bianca Andreescu, Sofia Kenin, Iga Swiatek and the world no.1 and home favourite Ash Barty emerge. 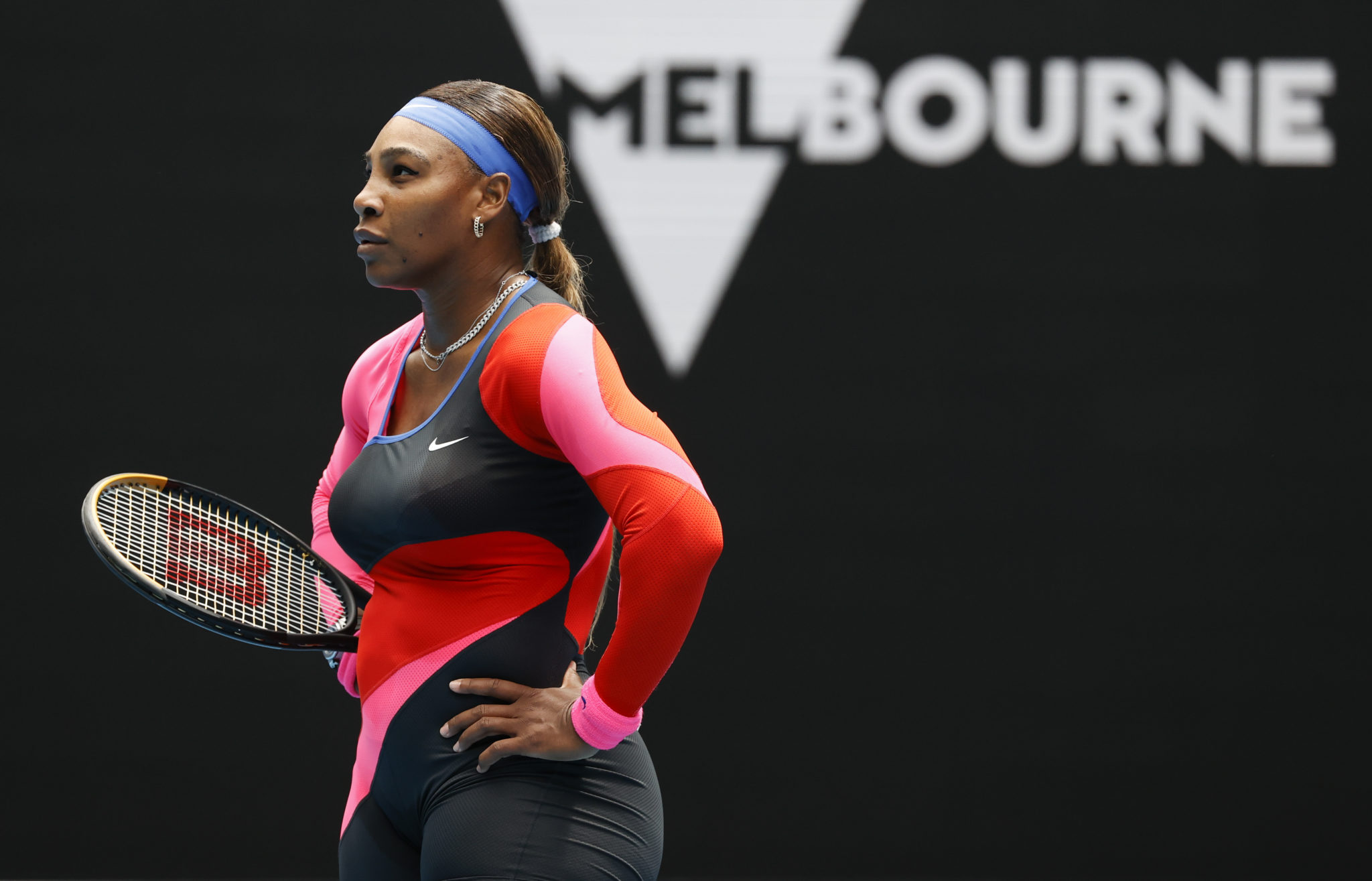 Nadal is seeking similar glory at the top of the men's mountain. Should he win in Melbourne, he will edge ahead of Roger Federer on 21 slam championships. Despite reaching five finals here, Nadal has only won the Australian Open once, back in 2009.

His greatest obstacle to the throne remains the current holder and world's best player Djokovic, who is fast catching up on 17 slams and is the youngest of the legendary trio.