The French international scored all of Chelsea's goals in the win in Spain, which secured top spot in the group.

Giroud is the first Chelsea player to score four goals in a game since Lampard did so against Aston Villa in March 2010, while he's the first to net four for Chelsea in a Champions League game.

The 34-year-old bagged the perfect hat-trick before scoring the fourth from the penalty spot in just his second start of the season.

Giroud's behind Tammy Abraham and Timo Werner in the pecking order at Chelsea so he could be forgiven for seeking a move away from Chelsea in January in order to get more game time ahead of the European Championships next summer.

However, Lampard has been impressed by the professionalism of Giroud since becoming manager at Stamford Bridge.

"He is the ultimate professional, and I think he's done that through his career," said Lampard.

"I think that's why with Oli you see his numbers for France and in the Champions League.

"He wasn't always a regular before I got here, but as soon as I came in I could feel the positivity off him as a player, how he wants to train, how he wants to affect people whether he starts or not.

"He's started a lot for us now and been very impactful in terms of how he was in restart and performances like tonight.

"So he's a great sign for younger players and for other players when they are not always playing in the squad of 20-plus we have that happens of course.

"So they keep training well, and when they come in they perform like they did tonight.

"That was a really, really complete performance in the circumstances tonight." 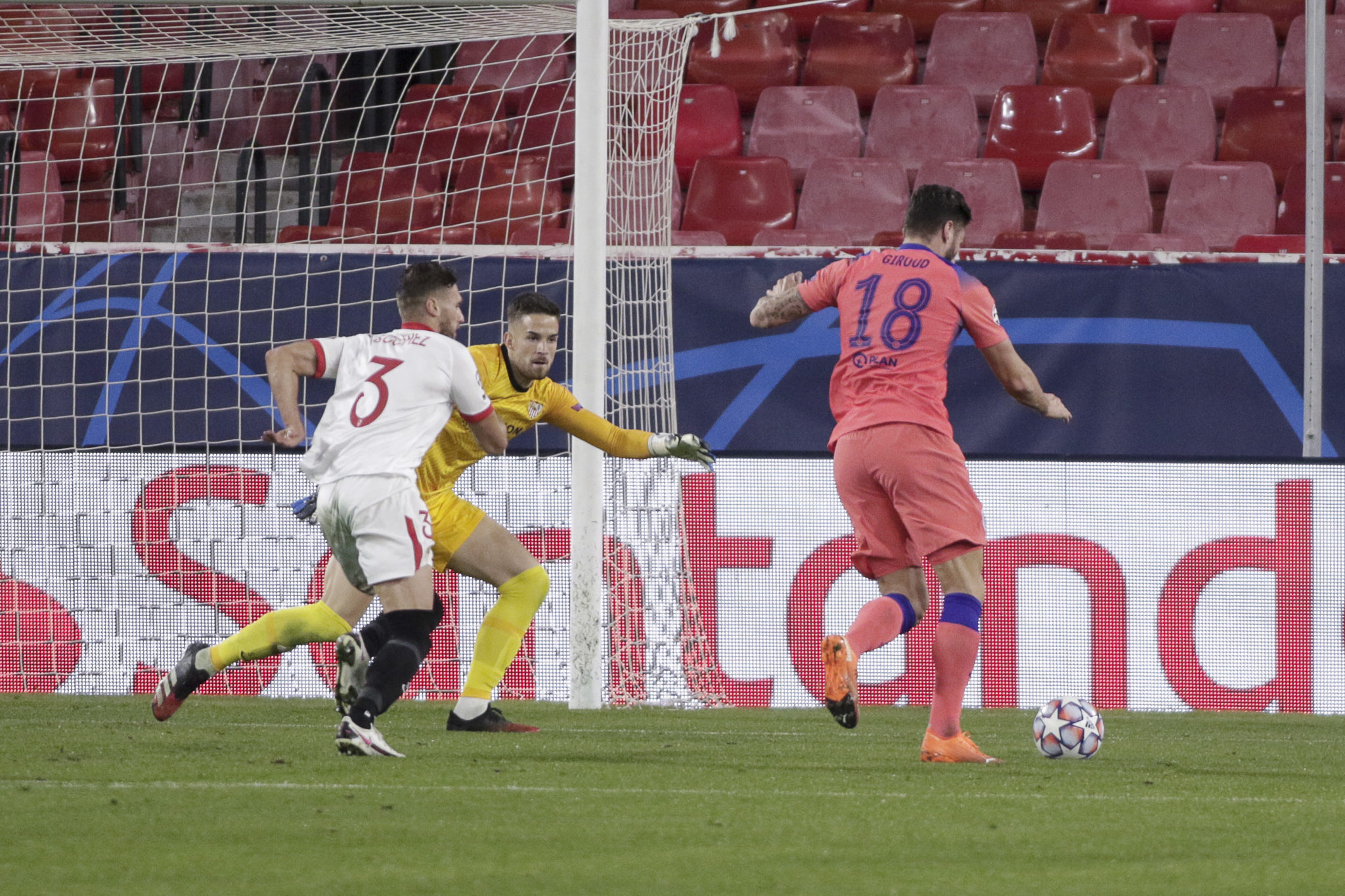 Giroud scores the second of his four goals during the win over Sevilla in the UEFA Champions League at Estadio Ramon Sanchez Pizjuan (Credit Image: © Daniel Gonzalez Acuna/ZUMA Wire)

It remains to be seen if Giroud will keep his place in the Chelsea team for Saturday's Premier League clash with Leeds at Stamford Bridge.

Lampard was asked if it would be tough to leave out Giroud this weekend and said: "Yes, and that's what you ask I suppose, when you make nine changes.

"I always say when I pick the team I try to pick the best team for the game, and not to have favourites as such.

"You try to put the best team on paper, but when players play like they did today they give you a great problem.

"it was an amazing performance from Oli, to score four goals at this level, Champions League level, against a really good opponent.

"The individual quality of all his goals, I know the last was a penalty, but the team quality and his individual input, rightly he gets a standing ovation as he comes off the pitch. And I'm delighted for him."