Liverpool have decision to make on Wijnaldum future

Liverpool face the prospect of losing midfielder Georginio Wijnaldum on a free transfer when his con...

Liverpool have decision to make on Wijnaldum future

Liverpool face the prospect of losing midfielder Georginio Wijnaldum on a free transfer when his contract runs out in 18 months time.

The Athletic is reporting that the Premier League leaders are yet to make a decision on the future of the Dutch international.

Should Liverpool not offer the 29-year-old a new deal, he would be able to leave on a free transfer in the summer of 2021 unless the club decides to sell him this summer.

Wijnaldum joined Liverpool in 2016 for £25m and has since become a consistent performer in midfield as well as establishing himself as a fan favourite. 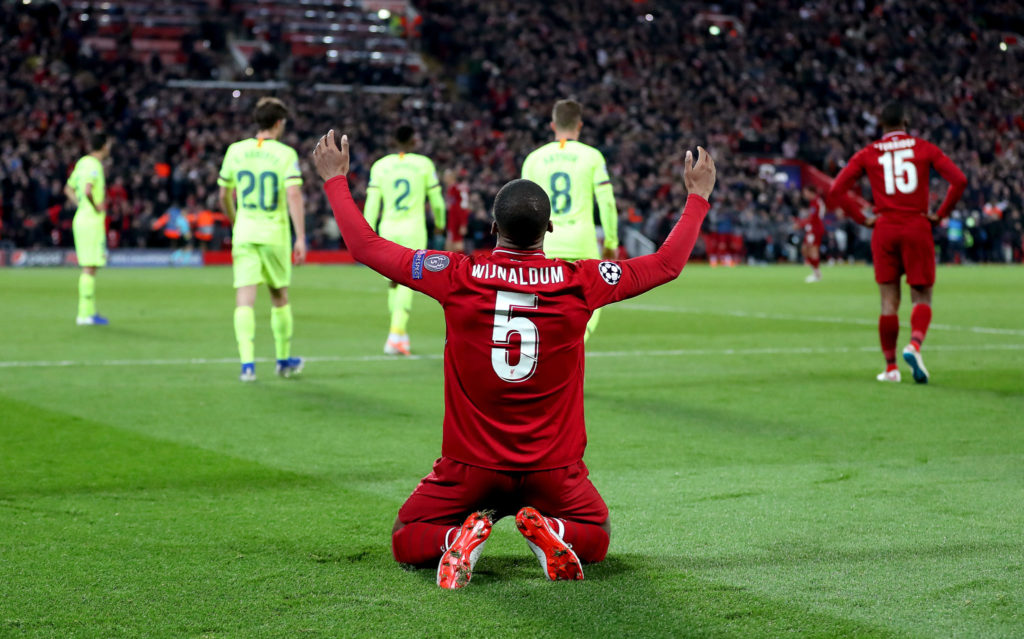 Liverpool's Georginio Wijnaldum celebrates after the final whistle against Barcelona

Jurgen Klopp has played Wijnaldum in a few different roles in midfield and he even started him in a three-man defence against Brighton two seasons ago.

Wijnaldum has played 166 games for the European Champions, scoring 16 goals.

He bagged two of those goals in the second leg of their Champions League semi-final 4-0 win over Barcelona last season.

It's no surprise the midfielder has several admirers around Europe so Liverpool would be able to get a good price for him in the summer if they chose to sell him.

Wijnaldum "devastated" by prospect of leaving, Firmino a Leipzig doubt