Liverpool have announced that women's manager Vicky Jepson has left the club by mutual consent. Jeps...

Liverpool have announced that women's manager Vicky Jepson has left the club by mutual consent.

Jepson was in charge of the first team since 2018 after joining Liverpool in 2009 to take up a role with the LFC Foundation's programme.

Liverpool were relegated from the Women's Super League last season and are currently third in the FA Women's Championship.

"It’s with a heavy heart that my time has come to an end with Liverpool Football Club, the place I love and have been lucky enough to call home for over a decade," Jepson said.

"Over the years I have been fortunate to work across the entire pathway at this club.

"During this time, I’ve seen so many youth players go on to wear the first-team red shirt, which fills me with immense pride. It’s been a privilege to have contributed to their careers.

"I’m also grateful to have had the opportunity to work alongside the talented people at the LFC Foundation. Seeing the increase of girls’ participation in football has been truly inspiring.

"To the many senior players, both past and present, that I’ve worked with, I thank you. Thank you for empowering me with your relentless efforts, professional attitudes and sacrifices that you make daily as a professional footballer.

"I will be forever grateful for our time together and will be supporting you all from afar this season." 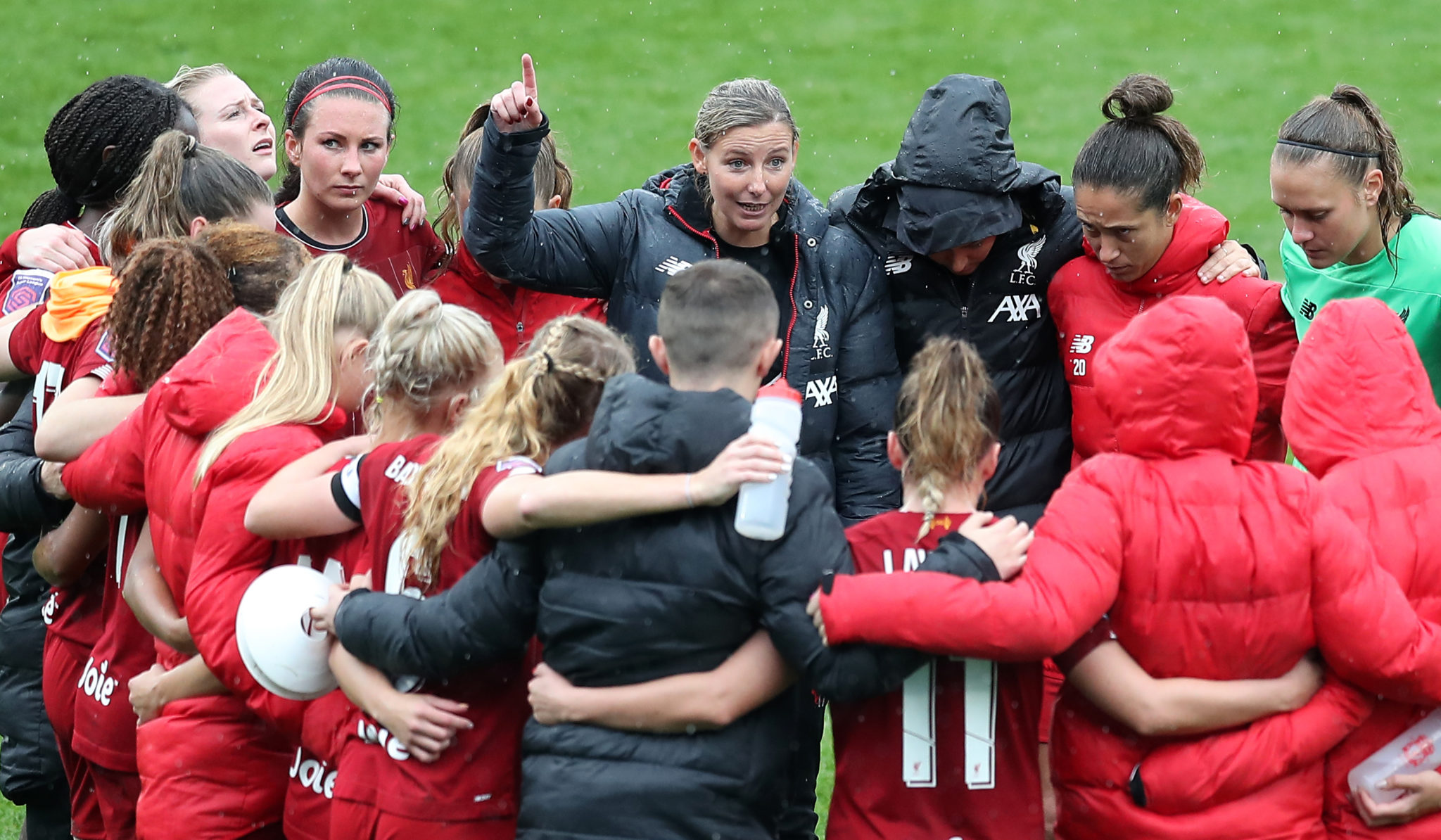 Liverpool manger Vicky Jepson conducts a team talk on the pitch after the match against Bristol City
Assistant manager Amber Whiteley will take up the role of interim manager as the search for a new first-team boss gets underway.The LFC Women’s board paid tribute to Jepson’s contribution to the club and the wider women’s game.

"Everyone at Liverpool FC would like to thank Vicky for her service to the club for over more than a decade.

"We will follow her future endeavours closely and wish her success in everything she does going forward.

"Vicky’s legacy here will be the thousands of young girls - both around Liverpool and internationally - whose talent and love for the game flourished under her guidance.

"The football pathway for girls on Merseyside, through our Academy and Regional Training Club, is a hugely positive one and Vicky has played a massive part in that. Her contribution to the Women’s first-team set-up and leading the section through tough times is appreciated.

"Now is the time for a fresh direction for us both and we will offer Amber every support as interim manager as we start the search for a permanent replacement."