Manchester United have reached an agreement with Shanghai Shenhua to extend the loan deal for Odion Ighalo.

The Nigerian striker's stay at the manchester Club was initially due to end on 31 May but he will now remain with the Reds until 31 January 2021, enabling him to build on an impressive start to life with the club.

Ighalo's tally of four goals in eight appearances so far includes at least one strike in each of his three starts. They were against Club Brugge, Derby County (2) and LASK in the Europa League. 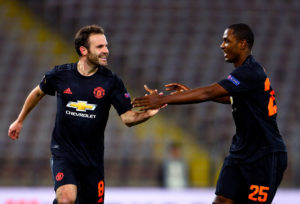 Ighalo was signed for United as the transfer window was about to 'slam shut' with striking cover thin on the ground after Marcus Rashford picked up a back injury.

The 30-year-old defied the critics in his first couple of months for a club he will now help to deal with a packed fixture schedule.

The confirmation of Ighalo's stay at the club will be a boost for Ole Gunnar Solskjaer with the Premier League set to return on June 17th, although United will not be in action until the weekend of the 19th, and the next round of the FA Cup confirmed for June 28th and 29th.

The specifics fo the fixtures Ighalo will be required for is yet to be published, with more Project restart meeting to take place over the coming week.

Ighalo's parent club had initially been reluctant to extend the loan as the Chinese season edges closer to getting underway, but manager Ole Gunnar Solskjaer retained hope last week of striking a deal when speaking to MUTV.

"They've been great towards us, his club, and allow him to play for his dream club," the United boss said last week.

"It's been a dream for him and hopefully he can finish off what he started, maybe with a trophy or two."