Manchester United have completed the 50-million Euro signing of Raphael Varane from Real Madrid. The...

The France defender has signed a contract that will keep him at Old Trafford until 2025 and was unveiled to the crowd ahead of their Premier League game against Leeds United.

"Manchester United is one of the most iconic clubs in world football and the chance to come here and play in the Premier League is something I couldn't turn down," Varane said.

"There is a lot more that I want to achieve in my career and I know I'm joining a squad full of great players who will all have the same determination to win matches and trophies.

"Having spoken to the manager I can see how much progress has been made over the last few seasons and I now join a group ready to play at the highest level.

"I want to make an impact here and I will give everything to become part of this club's illustrious history." 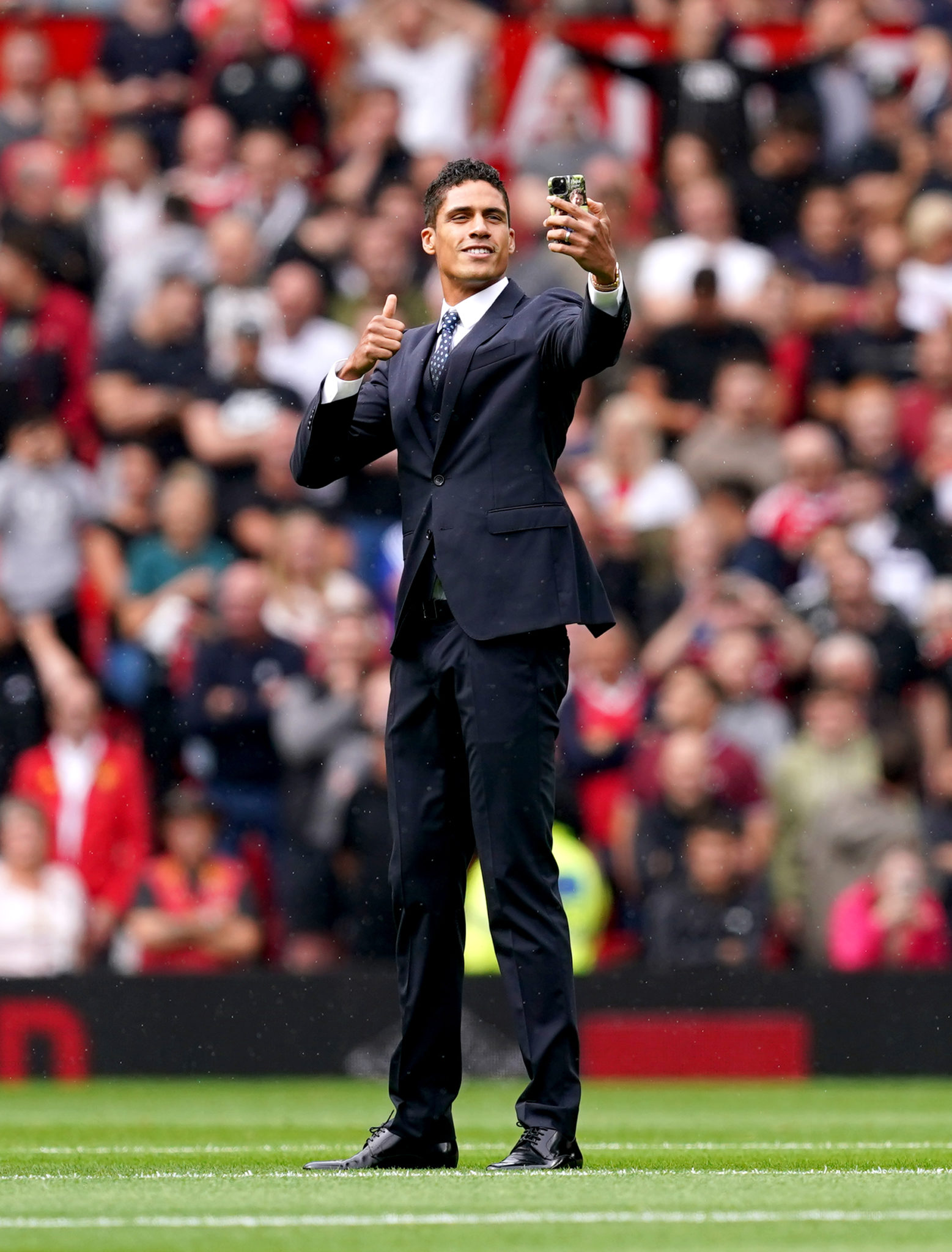 Manchester United's Raphael Varane takes a selfie on the pitch as it is confirmed that he has signed for the club on a four-year deal ahead of the Premier League match at Old Trafford, Manchester. Picture date: Saturday August 14, 2021.

United manager Ole Gunnar Solskjaersays he's "delighted" to sign "one of the best defenders in the world".

"Raphael is a proven winner who we have tracked over a long period of time and we know just how much of a dedicated professional he is.

"We have great depth of international defenders and he will add his immense skill set and leadership to that group.

"He is a unique defender with a rare combination of top-level attributes that I know will rub off on our younger players.

"He has won everything there is to win but I know that he is still determined to succeed, I can't wait to welcome him into the squad."