Frank McGlynn has announced his retirement from inter-county football after 14 seasons with the Done...

Frank McGlynn has announced his retirement from inter-county football after 14 seasons with the Donegal senior team.

The Glenfin man played a major role in Donegal's All Ireland title success under Jim McGuinness in 2012 and received an All Star in the half-back line for his efforts that summer. 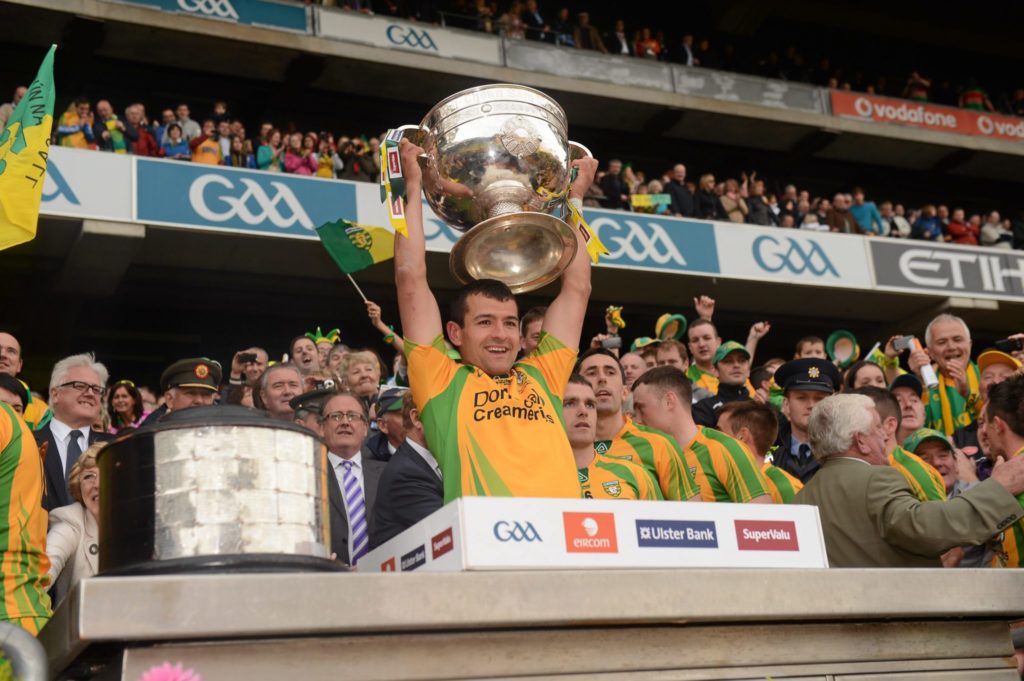 A statement on Donegal GAA read:

"Having taken some time to consider my inter-county future I feel it is the right time to announce my retirement from the Donegal Senior Football Team. It has been an absolute honour to have worn the Donegal jersey for the past 14 seasons.

"I have experienced so much during my career and I will be forever grateful for this. From great victories to heavy defeats, I have enjoyed every minute of it. I have shared a dressing room with some of the best Donegal players ever. There are memories both on and off the field that I will never forget.

"I have gained so much from Gaelic football and I’m grateful to the coaches and managers that gave me the opportunity to play for my county. I would like to thank the many supporters who followed us through both good and bad times. It has been a privilege to represent them on the field of play.

"I thank everyone in CLG Gleann Fhinne who put me in a position to represent my county and I look forward to a future of playing and coaching in the club where it all began.

"I thank my parents and family for their constant support and encouragement. To my wife Diane and my three children Harry, Gracie and Lucas, who have made many sacrifices to allow me to pursue an inter-county career. It has been an unbelievable journey and one that I feel blessed to have shared with my family.

"Finally, I would like to wish Declan Bonner and Donegal of 2020 the very best of luck. I look forward to supporting them in their quest for further Ulster and All Ireland success."