Fiona McHale has accepted an invitation to return to the Mayo Ladies Football panel.  The midfielder...

Fiona McHale has accepted an invitation to return to the Mayo Ladies Football panel.

The midfielder was one of eight Carnacon players to leave the squad in 2018 following disagreements with manager Peter Leahy.

But Leahy stepped down in January, replaced by Michael Moyles who offered an olive branch to the Carnacon contingent.

McHale is one of four players from the club named in a provisional training panel by Moyles.

The former All-Star told the Mayo News she'd been considering a return even before Moyles was appointed as manager.

No Carnacon player has represented the county's footballers since that 2018 row.

"It’s been hard not being involved,” McHale said.

"I’d been involved with Mayo since 2004 and I’ve put a lot of time and a lot of energy into playing for Mayo and trying to win an All-Ireland essentially. It’s ultimately what we were always there for.

"It’s been well documented that I just didn’t want to be part of that environment.

"I believe that the team environment I have now is really approachable.

“It’s a very approachable management team and it’s one that asks us for a lot of our feedback and a lot of our input as well.”

The situation got so messy in 2018 that accusations of "a coup" were thrown around, claims denied by the Carancon players. 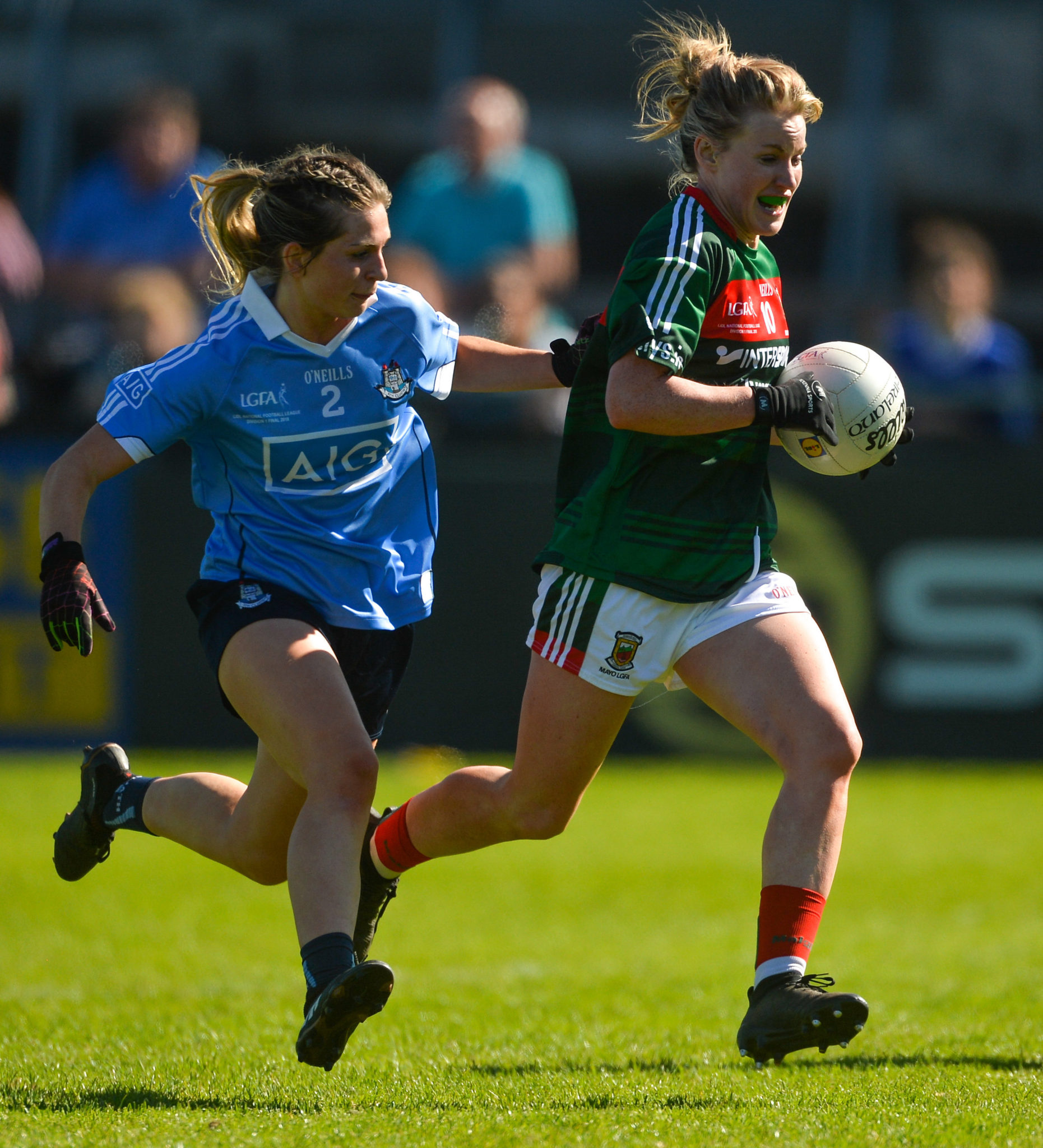 6 May 2018; Fiona McHale of Mayo gets past Martha Byrne of Dublin during the Lidl Ladies Football National League Division 1 Final match between Dublin and Mayo at Parnell Park in Dublin. Photo by Piaras Ó Mídheach/Sportsfile

However, McHale has no regrets about her time away from the squad, saying, "I just felt when I wasn’t playing for Mayo for those few years that I had the opportunity to put that time and energy into other things in my life.

"It gave me a really good perspective on things, that football isn’t the be-all and the end-all, that there’s other things outside of football.

"One of my friends had a festival at his house there one of the summers, I was never at a music festival in my life because of Mayo ladies.

"Even going on certain holidays that I wouldn’t have been able to do if I was involved…[Mayo] was literally my main focus and priority over the years."

How Ireland can beat Scotland – by former captain Andy Nicol