In news that's sure to concern Liverpool fans, Mo Salah has been ruled out of Egypt's Africa Cup of...

In news that's sure to concern Liverpool fans, Mo Salah has been ruled out of Egypt's Africa Cup of Nations qualifiers this week with an ankle injury.

The 27-year old aggravated the injury during Sunday's 3-1 Premier League win over Manchester City at Anfield.

He was the subject of a strong challenge from Fernandinho during the first half and required treatment at the time before being allowed continue.

Salah will miss Egypt's AFCON Group G qualifiers with Kenya and Comoros as a result.

The EFA's Twitter account showed Salah present at training, but wearing a protective boot to his left ankle.

Salah was substituted in the 87th minute of Sunday's win at Anfield which moved Liverpool 8-points clear at the top of the Premier League table and 9 ahead of City.

He'd been nursing an ankle problem since coming off the worst of a challenge from Leicester City midfielder Hamza Choudhury on October 5.

Jurgen Klopp vented his frustrations on the Choudhury challenge at the time saying, "It is just too dangerous.

The pacy forward was pictured with an ice pack applied to his injured joint after Sunday's game. 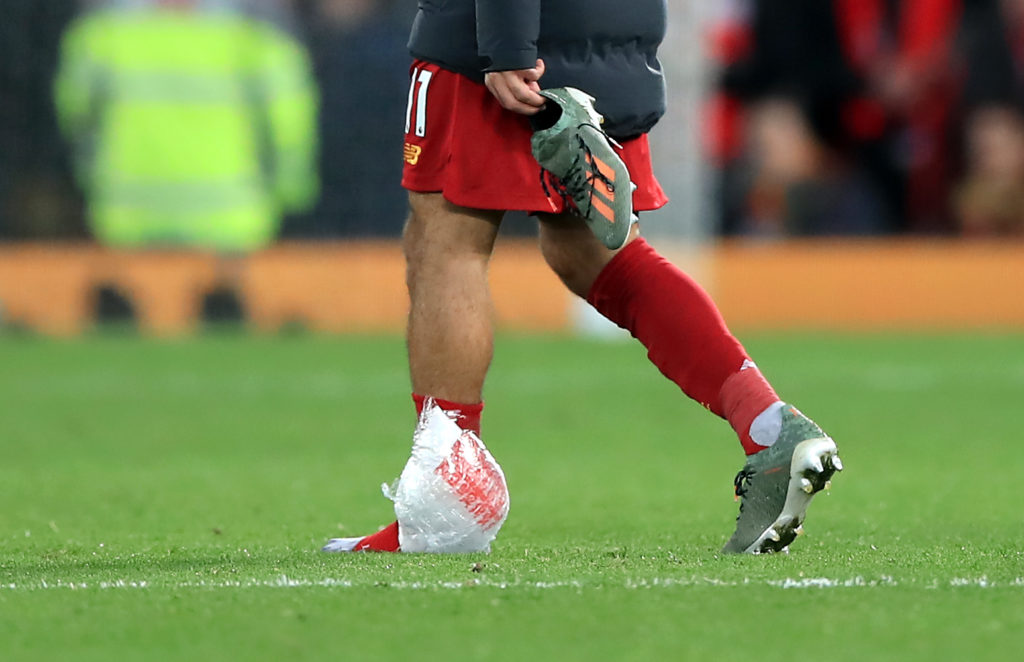 It's expected Salah will undergo a scan on the ankle while away on international duty.

Liverpool boss Jurgen Klopp will be hoping for good news, as his side face a trip to Crystal Palace in the Premier League on November 23 before welcoming Napoli to Anfield in the Champions League four-days later.

Aubameyang leaves AFCON for Arsenal due to heart issues