Nike withdraw new Barcelona jersey from sale because of sweat

Nike have been forced to embarrassingly withdraw the new Barcelona home shirt from sale.

The 2020-21 home shirt swaps the controversial checkered pattern of this season for their more traditional blue and red stripes.

In a slight break from the norm, there are yellow pinstripes separating blue from red.

Nike were hoping to put the new jersey on sale on Friday July 3 ahead of the derby with Espanyol at the Camp Nou next week.

However, Nike have ordered all stores in receipt of the new kit to pull them from the racks and return them before they go on sale. 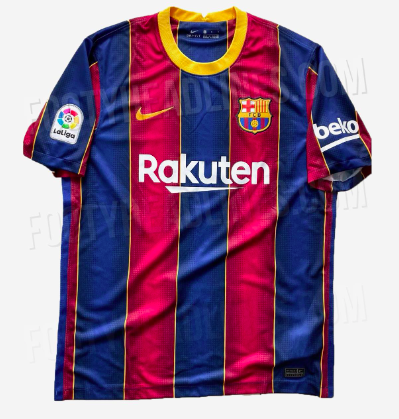 According to Sport.es, it's been discovered that the new shirt fades when it comes into contact with sweat.

Fading has also been discovered when the jerseys are washed.

New La Liga shirts tend to retail in Ireland for around €80.

It's not yet known if the planned new black away shirt, or the pink third jersey will suffer from the same flaw.

Barca have also been criticised for their transfer acumen. They allowed 23-year old Arthur to join Juventus in a deal worth a potential €82million.

At the same time they shelled out €60million for Miralem Pjanic, a player seven-years' Arthur's senior.

"I'm tired of always being the problem" at Barcelona | Leo Messi

Barcelona return is "not my decision" | Adama Traore