Daniel Farke admits that Norwich City must win their last five matches to have any chance of avoidin...

Daniel Farke admits that Norwich City must win their last five matches to have any chance of avoiding relegation but is still hopeful of "another miracle".

The Canaries boss has only seen his side win five of their previous 33 matches and they remain bottom of the table, seven points from safety.

Farke admits it is no surprise that the Norfolk club are where they are but he is refusing to give up hope of remaining in the English top-flight.

"It's disappointing to face the brutal reality, even though we were always favourites for position 20," said Farke at his press conference ahead of Tuesday's relegation battle with Watford.

"I think about Aston Villa away or Watford at home, when we were the better side and lost both games. If we had those six points we'd be in a totally different situation.

"We're still realistic. We've had five wins in 33 games and need five from the last five. As long as it's possible we will keep going."

Norwich cannot accuse their fellow relegation strugglers of not trying to help them out.

The three clubs above them, Watford, Aston Villa and Bournemouth, have all lost their previous two matches.

"It seems like none of the teams at the bottom are capable of getting points. We've lost our last five, so it's not up to us to say we'll win our next five," added Farke.

"It's important to show our pride with good performances and win as many points as possible. My focus isn't on next season. It's not like we give up on this season." 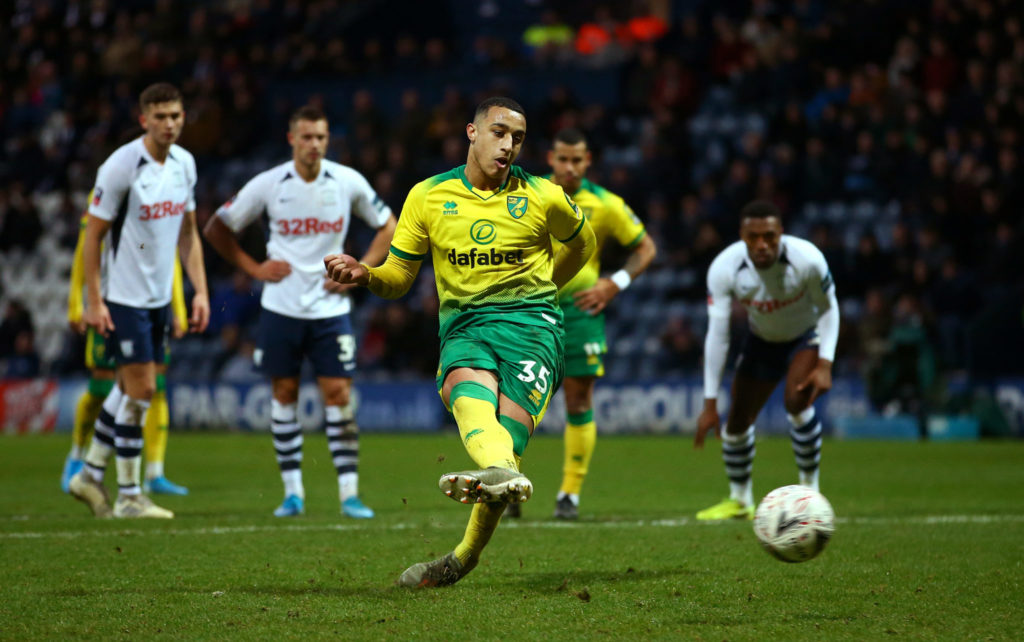 Norwich City's Adam Idah scores in the FA Cup third round match against Preston in January.

The club has been dealt a bad injury blow ahead of the trip to Watford with Todd Cantwell, who has scored six goals and provided two assists this season, ruled out with a hamstring injury sustained during the defeat against Brighton.

Norwich lost that game at the weekend 1-0 and were unlucky not to get a draw when Republic of Ireland U21 international Adam Idah headed a shot off the post after he came off the bench.

Kenny McLean (ankle) and Alex Tettey (knee) are doubts, but the club are hopeful both players will be fit for the game at Vicarage Road.

"We want to be as successful as possible with as strong as possible finish, then we'll see what happens over the summer," added Farke, who could see his side close the gap on fourth from bottom Watford to four points with a win.

"We're not dreaming about five wins, just focusing on the game. We have to be mentally ready and focused.

"The pressure is more on Watford because everyone expects us to go down. We want to make it difficult for them to beat us by showing some resilience.

"Even if it's unlikely to stay in the league, it's important to keep fighting and avoid relegation for as long as possible. This season is so special, perhaps another miracle happens.

"As long as you can win the last five games, you have to try to do it."