The Professional Footballers' Association (PFA) has called for a government inquiry into racism, following allegations of abuse against Antonio Rudiger during Tottenham's match with Chelsea.

The Premier League game was stopped - and three announcements were made asking fans to behave - after Chelsea defender Rudiger claimed he heard monkey noises from the crowd.

The UK's sports minister Nigel Adams will meet with Tottenham to discuss the incident.

Rudiger last night tweeted to say he wants the offenders to be punished.

"It is really sad to see racism again at a football match, but I think it's very important to talk about it in public. If not, it will be forgotten again in a couple of days (as always).

"I don't want to involve Tottenham as an entire club into this situation as I know that just a couple of idiots were the offenders. I got a lot of supportive messages on social media from Spurs fans as well in the last hours - thank you a lot for this.

It is really sad to see racism again at a football match, but I think it's very important to talk about it in public. If not, it will be forgotten again in a couple of days (as always). (1/4)

"I really hope that the offenders will be found and punished soon, and in such a modern football ground like the Tottenham Hotspur Stadium with dozens of TV and security cameras, it must be possible to find and subsequently punish them.

"If not, then there must have been witnesses in the stadium who saw and heard the incident. It's just such a shame that racism still exists in 2019. When will this nonsense stop?"

In the game itself, Willian netted both goals in a 2-0 win for the visitors to help keep Chelsea in fourth place.

Spurs finished with ten men after Son Heung-Min was shown a straight red card in the second half for violent conduct. 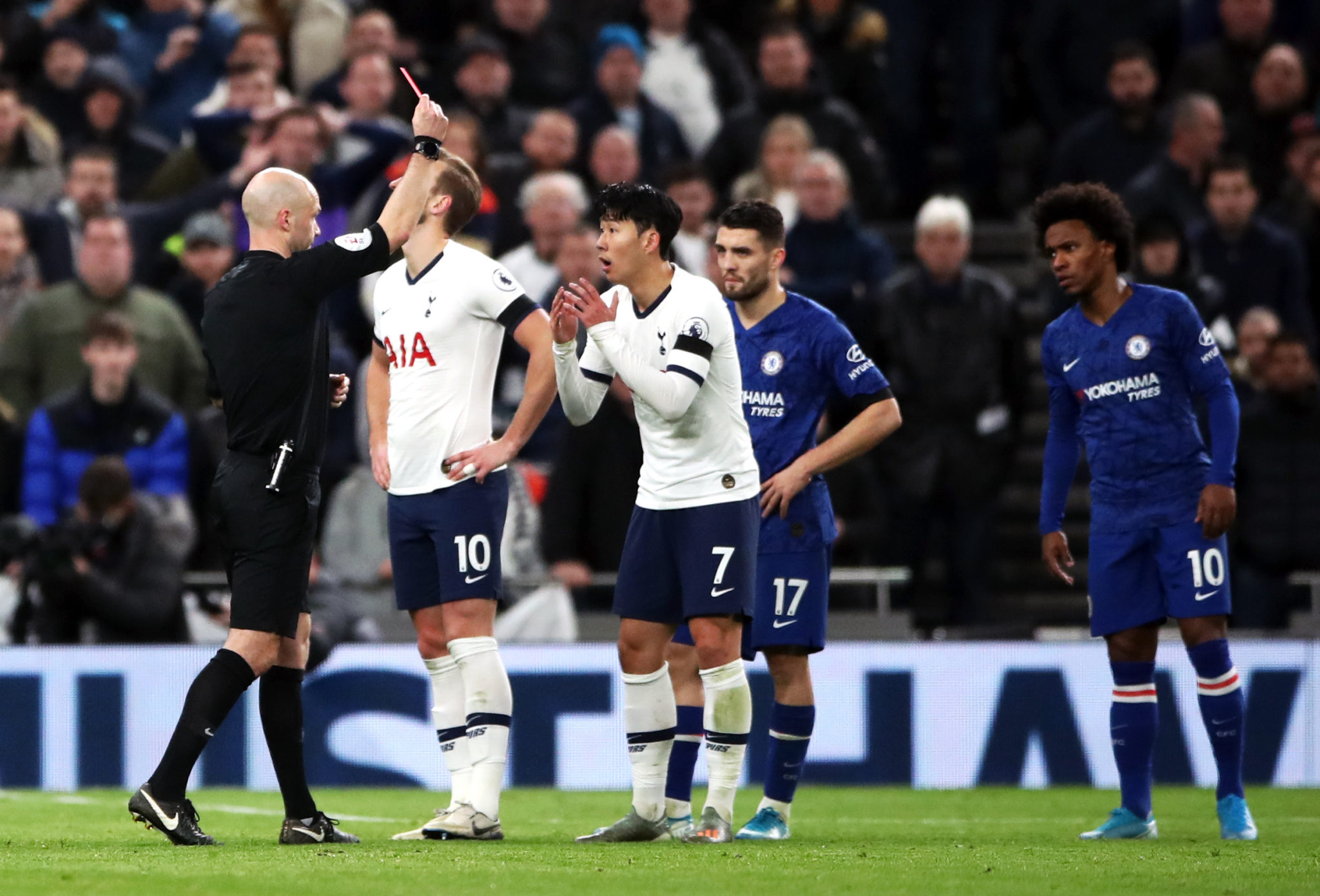 Former Manchester United and England defender Gary Neville spoke out strongly against racism on Sky Sports after the game.

"If it is accepted within the highest office in the country, we are not talking about it at a micro level, we are talking about an absolutely enormous level.

"Maybe we have to empower the players to walk off the pitch and stop the entertainment while it is happening. That is the only way I can see it happening.”