The Italian striker was dropped from the Toffees squad for their 2-1 win away to Southampton before the international break. The 19-year old had been late for a team meeting on two occasions.

Kean has since apologised to Silva and his Everton team-mates, but that hasn't stopped speculation that he was being lined up for a return to Serie A.

Speaking ahead of Saturday's Premier League visit of Norwich to Goodison Park, Silva insisted his €27.5m summer signing was very much still in his plans, "Moise has all the support here. We bought him, we believe in him.

The Portuguese boss confirmed Kean will be in his squad this weekend, "He has all the support from me, from the club and his team-mates to adapt to the Premier League. He is our present and future."

Silva insists there are no communication or attitude issues, "What is the most important is what I speak to him directly and everything is so clear for him.

"After the Brighton game, where [he] didn’t play, on Sunday morning he was here [in Finch Farm] to work really hard and gave me the answer I want." 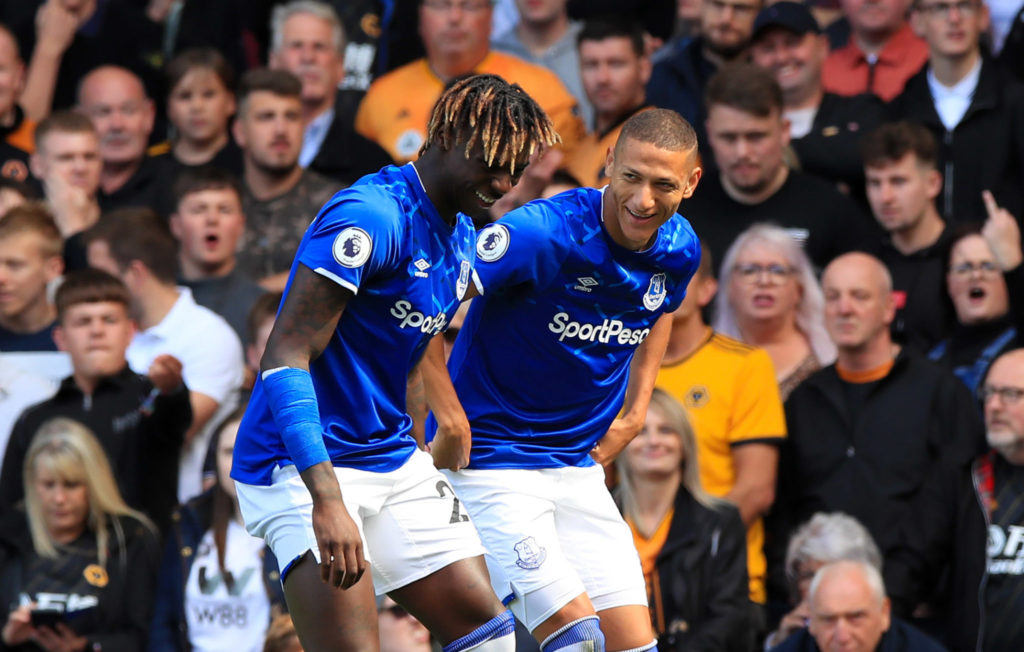 Kean hasn't played for Everton since being taken off at half-time of their 2-0 win over Watford in the Carabao Cup on October 29.

But Silva has drawn comparisons with another big-money signing who was eased into life on Merseyside - Liverpool midfielder Fabinho, "There’s many many examples of players who have come to the Premier League and not played.

"An example not too far from here is Fabinho. He plays a lot in the Liverpool team, but for the first six, seven months he didn’t play.

"And for most of the games he was in the stands.

"The most important thing is to keep teaching him, for him to adapt as fast as he can.

"We are talking about a talent with quality and he has all the support from myself and my staff and he is working hard to play because that is what he wants."

Having been dropped by Roberto Mancini for a similar breach of discipline with the Italian national side, Kean found the net for the Azzurri's U21s in midweek.

The 19-year old scored twice in a 6-0 thrashing of Armenia in the Republic of Ireland's European Championship qualifying group.

Silva hopes the goals, and the position from where they were scored, gives Kean impetus to knuckle down for the rest of Everton's season, "It was really good. Maybe important for some of you (to note) he scored twice (for Italy) from the right-wing.

“Most of the games when he goes to the national team he plays there as well.

"Like all players on international duty, it was very important for him to score."