Sexton "not a million miles away" from Leinster return | Leo Cullen

Leinster head-coach Leo Cullen says their captain Johnny Sexton is not too far away from a return to...

Sexton "not a million miles away" from Leinster return | Leo Cullen

Leinster head-coach Leo Cullen says their captain Johnny Sexton is not too far away from a return to action.

The Ireland out-half has been stood down after suffering a head-injury against Exeter earlier this month -  and Ross Byrne will start Sunday's Heineken Champions Cup semi-final at La Rochelle.

“With Johnny, we were just keen for him to see some specialists and experts in the field and ultimately we have a lot of faith in Ross as well,” Cullen said when asked about Sexton's recovery.

“We’re on the conservative side with some of the decision-making so we didn’t try to pressure Johnny. People will have seen he is training with the group, we’re just keeping him out of the contact piece at the moment.

“He’s not a million miles away from being available so that was just the decision we made and that everyone came to. So we need to crack on with the group that we have.” 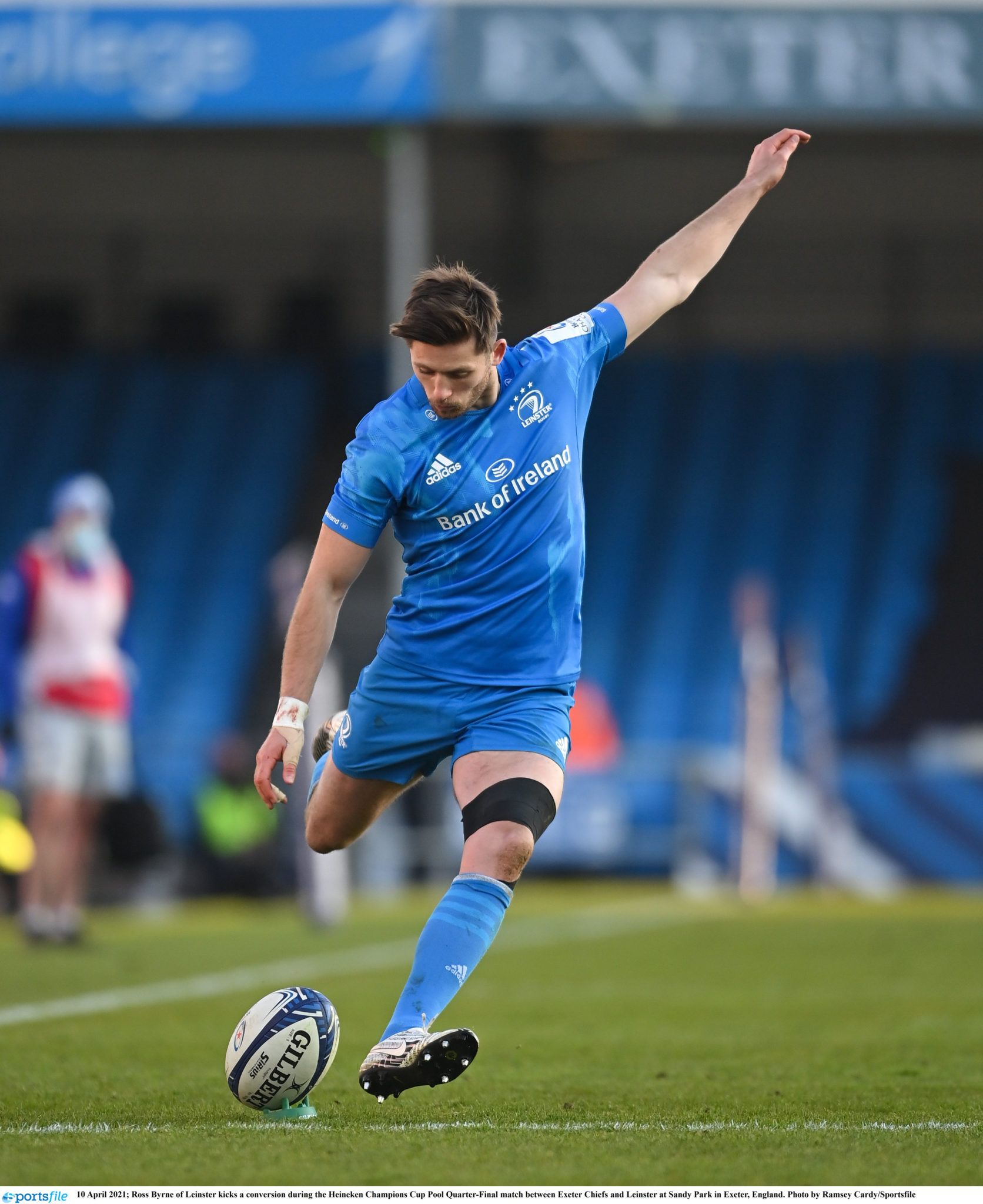 Byrne excelled in the PRO14 champions' victory over reigning champions Exeter in the European quarter-finals and Cullen has every faith he'll deliver again.

“Ross has played a lot of big games for us already. He’s had some pretty important ones for us over the years. With Johnny and Ross, we’re blessed to have the two of them here.

“It is what it is and Ciarán Frawley is back on the bench for us, he has done a good job over the last number of years.

“In terms of Ross, it’s a massive step up. You’re starting a semi-final in Europe but he has played big games for us before.

"You think back to the quarter-final against Ulster at the Aviva when he steered us around the field well and he’s done that in the Guinness Pro14 as well. He has led the group well this week.

“Ross has probably played more minutes for us over the last few seasons than Johnny has because Johnny has had more international minutes. In many ways, the players are more in sync with Ross because he has played more games.

“Ross has been a bit more on the periphery with Ireland and he is more ingrained in what we do in Leinster. It’s all subtle differences, neither is right or wrong. Ross has a very, very clear picture in terms of what we’re trying to do here.”

Sunday's match is live on Off The Ball at 3pm with Bernard Jackman and Neil Treacy on commentary.