The Offaly man won by six shots finishing the tournament with a one-over-par round of 72.

He's become the fifth Irishman to become a major champion and the first since Rory McIlroy won the PGA Championship at Valhalla in 2014.

The moment that sealed it for Shane Lowry, a dream turned into reality for the Irishman 🇮🇪 #TheOpen pic.twitter.com/QbsgNbGtW6

Lowry went into the final round of the Open Championship with a four-shot lead, after a bogey-free eight-under round of 63 on Saturday.

He went out in the final group along with Tommy Fleetwood and had a nervy start after a bogey on the first. However, he regained his composure with back to back birdies on the fourth and fifth holes and went into the turn level par for the day.

The conditions were not ideal with heavy rain at times, but Lowry managed to keep a cushion of at least four shots throughout the day. 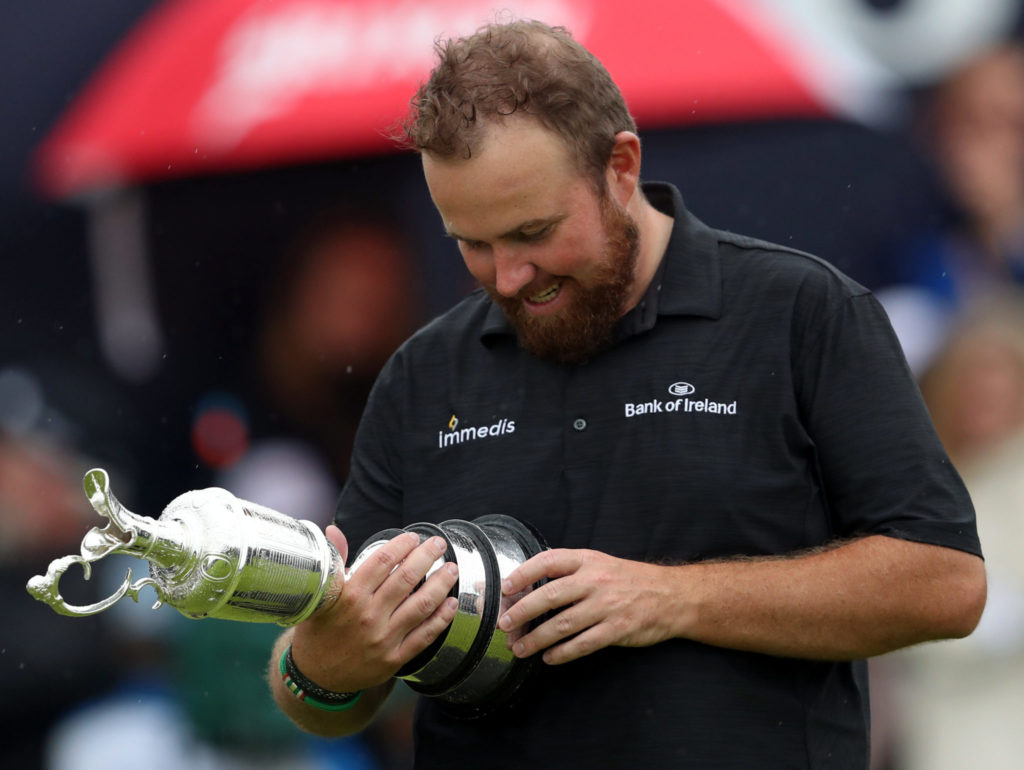 Speaking after his win, Lowry said he felt like he was experiencing "an out of body experience."

"I was so calm on that last hole it was unbelievable. I just tried to focus on staying as far ahead of Tommy as I could.

"Walking down 18 – just what a day. I can't describe what it was like. The next tournament I play is probably going to feel boring because this has been unbelievable.

"Even when I made a couple of bogeys the crowd were just cheering me on. I can't wait to wake up tomorrow, the feeling is just incredible."

So many greats have held the Claret Jug, now it's the turn of Shane Lowry #TheOpen pic.twitter.com/nFy3hBuI6M

While making a speech after getting his hands on the Claret Jug, the Offaly man said, "I have a lot of people in my backroom team that I have to thank. My coach Neil, my caddy Bo, my management - I wouldn't be standing here without them.

"My family, what can I say, my mum and dad, they sacrificed so much for me when I was younger and I'm so happy I can hand them this trophy tonight," Lowry added fighting back tears.

Ten years ago Shane Lowry won the Irish Open as an amateur in Baltray, County Louth.

John Daly withdraws from the Open Championship at Royal Portrush