Shrewsbury could be down £500,000 as Liverpool play FA Cup kids

Shrewsbury Town manager Sam Ricketts says Liverpool's decision to play the kids in tonight's FA Cup fourth-round replay at Anfield will have a financial impact on them.

League One Shrewsbury have the chance to cause an upset tonight with the teams meeting at Anfield at 7.30.

Liverpool's under-23's manager Neil Critchley will replace Jurgen Klopp in the dugout, with the first team being rested during the winter break.

Critchley was also in the dugout for Liverpool's League Cup defeat to Aston Villa in December, with Klopp expected to speak to the team at half-time via a live feed into the dressing room.

The Irish Mirror are reporting Shrewsbury manager Ricketts' reaction to the Reds' decision to play a young team, which has resulted in the game not being the choice for TV broadcasts.

"It is huge. The revenue is vitally important for a club like ours who are self-sustaining.

“At a club like ours every penny counts. That is the biggest disappointment that we will lack revenue.”

Tickets for the game are selling at a reduced price of £15 for adults and £1 for kids, with Shrewsbury entitled to 45% of the reduced gate.

Meanwhile, Ricketts has told the club's official website that everyone at the club is excited for the occasion tonight.

“We are here because we take the early rounds of the FA Cup so seriously.

"We want to create memories and moments like this. It will be an occasion, like the first game was, that everyone involved will remember for the rest of their lives.

“This is our seventh game in the competition this year. We have earned this replay, we have come through some tough games to get to this point. We want to enjoy this moment by doing the right things.

“With this group of players, we are still very young in terms of coming together. When we are on it and when we do what we are good at – we can win any game that we go into.

“Our consistency of being able to be right at it every game isn’t quite there yet. This will be a game that the players will certainly be ready for. When you play against a side like Liverpool, it doesn’t matter who plays - they will play exactly the same way.

“They will have the same principles when in possession and when out of possession, it will just be different lads in different slots. A lot of due-diligence for this game has already been done. 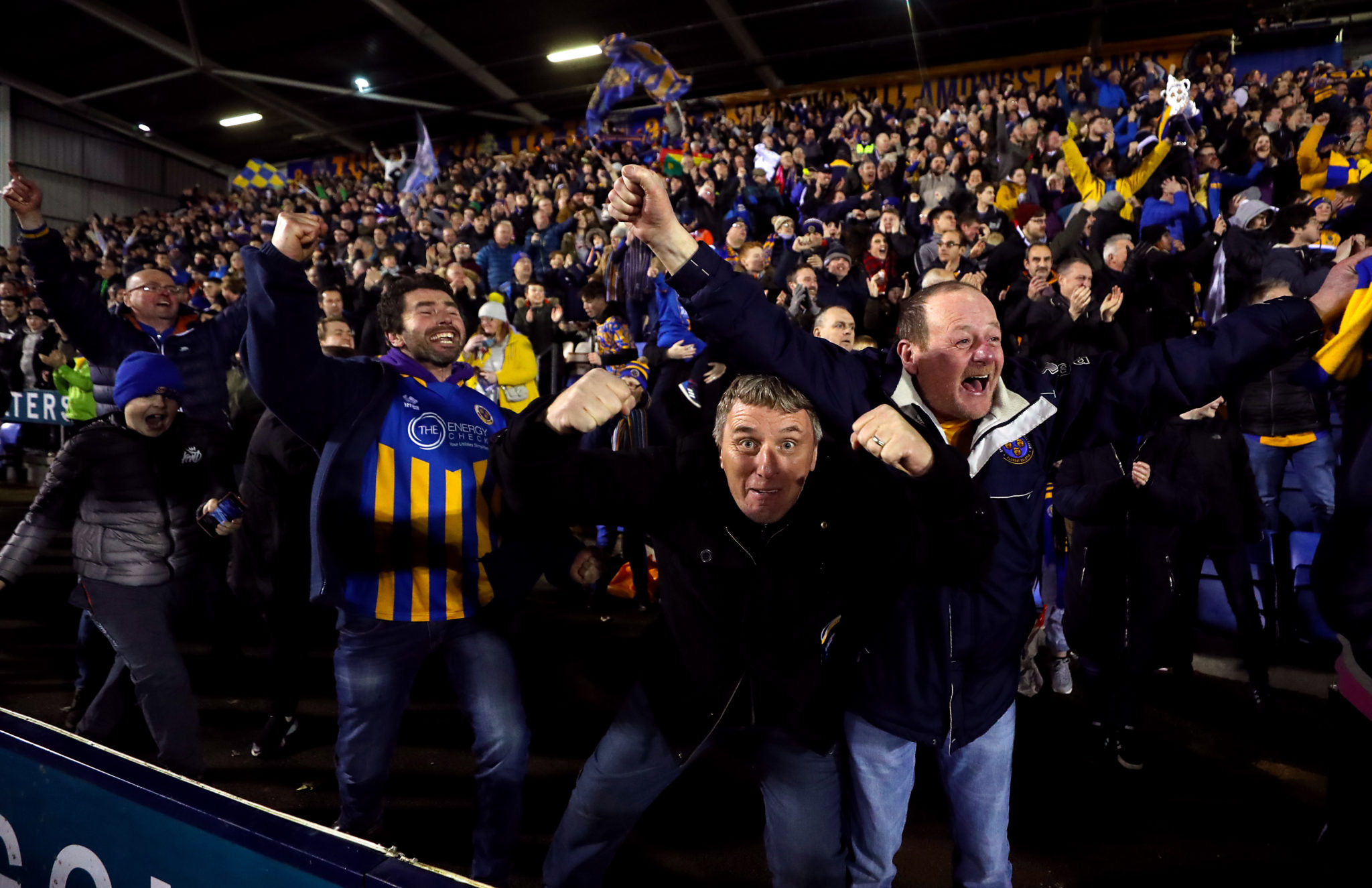 “We are going away from home to Anfield, the occasion will be fantastic. It will be a big occasion for the Liverpool players if they do change the team around. They won't have played in a packed Anfield in a proper competitive game.”

And regardless of their opponents putting out a younger side, Ricketts says there is still plenty of quality in the Merseysiders' underage ranks.

“There will be players there who will be in and around the first-team.

“There are some good, good players there and you don’t get anywhere near that Liverpool first-team unless you are a good player. All players are young at some point; Jurgen has five or six youngsters that he really likes.

“The FA Cup for us is very, very important. The support this year has been superb and we will need them. This is a moment for the supporters to enjoy.”

Shrewsbury, who currently sit in 16th position in the League One standings, could have a big day out away to Chelsea in the FA Cup fifth round if they were to win this evening.