Sunday's GAA club wrap - round-up from across the country

It was a busy afternoon of GAA club action across the country, with a number of huge county and provincial games down for decision in various codes.

It finished Gaoth Dobhair 0-14 Naomh Conaill 1-11 - the second replay is set to be on Wednesday night because one of the teams is scheduled to play Castlerahan in the Ulster quarter-finals next Sunday.

Miltown-Malbay are the Clare senior football champions for 2019 after they saw off the challenge of Kilmurry-Ibrickand 0-12 to 0-8.

Sarsfields meet Moorefield by six points in the Kildare senior football replay - 2-15 to 2-9.

Oola contested the Limerick football final for the first time in 29 years but went down 1-11 to 0-8 against Newcastle West.

There were three games in the opening round of the Leinster Club Football Championship.

Wicklow side St Patrick's, Westmeath champions Garrycastle, and Éire Óg of Carlow have progressed to the Leinster SFC club quarter-finals.

St Patricks beat Offaly side Ferbane 1-14 to 2-9 in Tullamore, while Garrycastle comfortably saw off Killoe Emmet Og from Longford 0-15 to 0-6. 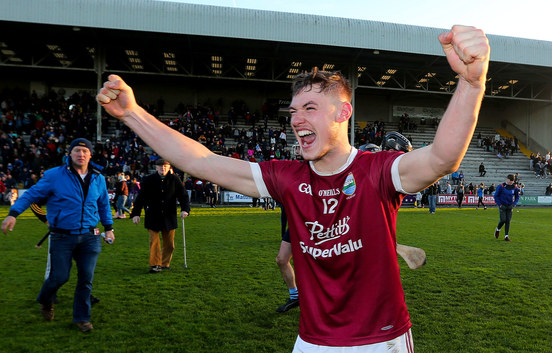 Robert Emmetts are the London senior hurling champions - they beat St Gabriels by a point after extra time - 1-24 to 3-17.

It's also semi-final day in the Ulster Club Hurling Championship.

And Antrim champions Dunloy thrashed last year's beaten finalists Ballycran of Down by an eighteen-point margin - 2-23 to 0-11.

There were club Ladies Football finals in all four provinces this afternoon.

Reigning All-Ireland champions, Mourneabbey of Cork, beat Waterford’s Ballymacarbry in the Munster decider by 2-18 to 4-8.

Kilkerrin-Clonberne of Galway retained their Connacht crown against Roscommon's Kilbride. They won on a 3-21 to 1-6 scoreline in Enfield.

Dublin's Foxrock-Cabinteely won their fifth successive Leinster title against Sarsfields of Laois - earning a 4-6 to 1-7 victory at Coralstown/Kinnegad.

Holders Donaghmoyne of Monaghan beat Termon from Donegal in the Ulster decider - 1-11 to 1-9. It is the 12th title in 16 years for the south Monaghan side.

Sunday's GAA club wrap - round-up from across the country

Jordan Henderson out until at least April following groin surgery