A survey carried out in Great Britain has shown that two-thirds of football fans think the introduction of Video Assistant Referees (VAR) has made the game less enjoyable.

The survey was carried out by YouGov, a British market research and data analytics firm, on 1400 people who regularly watch the Premier League.

The results were shared with Sky Sports, with those questioned rating the technology at four out of ten.

On the flip side, almost 75 per cent of those asked think it should stay in some capacity, as long as it is changed from its current guise.

Just 15 per cent of respondents want the technology scrapped altogether.

The North-West region in the UK - encompassing Liverpool, Everton, Man Utd, Man City and Burnley - is the most dissatisfied with VAR, according to these results.

67% of regular Premier League viewers say that VAR has made football less enjoyable to watch. They give the system a 4/10 on how well it's worked (compared to the 7/10 VAR chief Neil Swarbrick gave it). Check out the full story on @SkySportsNews https://t.co/y957tyOe2l

The survey results have shown that only one in 25 fans believe VAR has worked 'very well' and one in four thinks the technology has 'worked well'.

A further 26 per cent said VAR has worked 'very badly' and 34 per cent 'fairly badly', with remaining respondents voting neutrally or unsure.

Tottenham manager José Mourinho was very critical of VAR after his side's 2-0 win over Manchester City on Sunday.

The Portuguese boss felt Raheem Sterling should have received his marching orders for a foul on Dele Alli. 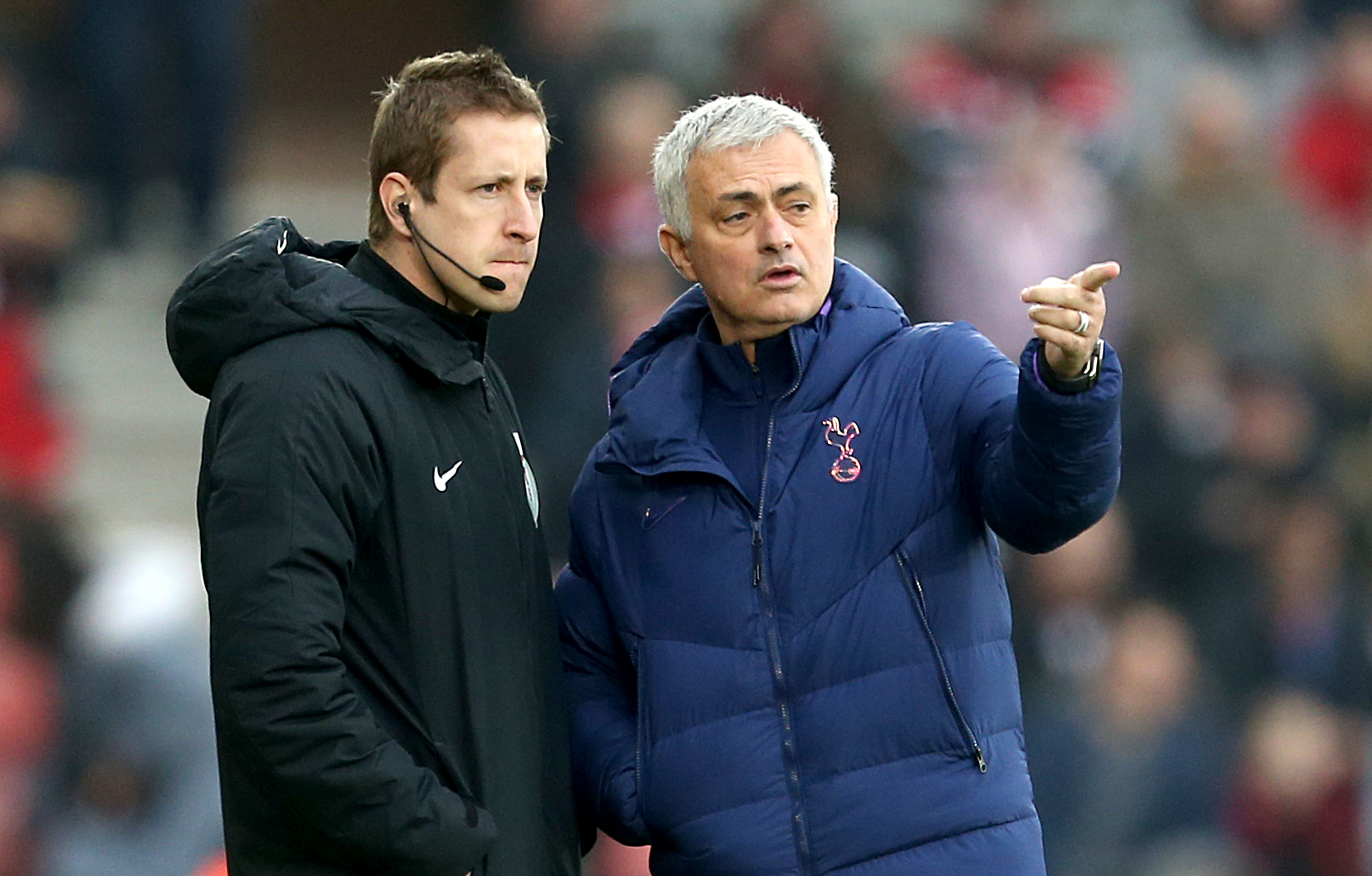 "I thought I was going to love VAR the way I love goalline technology.

"I love goalline technology because there is no mistake. The VAR has too many mistakes, too many.

"The game started immediately with the wrong decision. It's a red card, it's a direct red card to Sterling.

"I know that Mike Dean has a difficult job. He's on the pitch and it's 200 miles an hour. I wouldn't like to be a referee because it's so difficult.

"Sometimes I try in training sessions and I realise that it's too difficult. So for me Mike Dean, good performance. The problem is the VAR."

Players to vote on possible GPA and WGPA merger