Monaghan forward Conor McManus thinks Tyrone will look to "swallow" up Mayo and hit them on the coun...

Monaghan forward Conor McManus thinks Tyrone will look to "swallow" up Mayo and hit them on the counter in Saturday's All-Ireland Football final.

The counties will face off in the decider for the very first time with Mayo aiming to end a 70 year wait to lift Sam Maguire. McManus believes the biggest test facing James Horan's team will be trying to break down a Tyrone team who are happy to cede possession before turning over their opponents.

"In the semi-final, Kerry forced Niall Morgan to kick long," McManus said on Off The Ball when asked about Tyrone's defensive strategy. "Kerry won a lot of Tyrone's kick outs but it's ultimately about what you do when you have the ball.

"If the Kerry lads look back at how they used the ball then they'll be disappointed, no more than ourselves in the Ulster final.

"While Tyrone want to get their hands on the ball, they're very comfortable when you have the ball. They know when they turn you over, they have you exactly where they want you - and that's on the counter-attack.

"Kerry got all of their own kick outs and a large portion of Tyrone's but Tyrone won. Even when they don't have the ball they can dictate how the game flows, they will swallow you up." 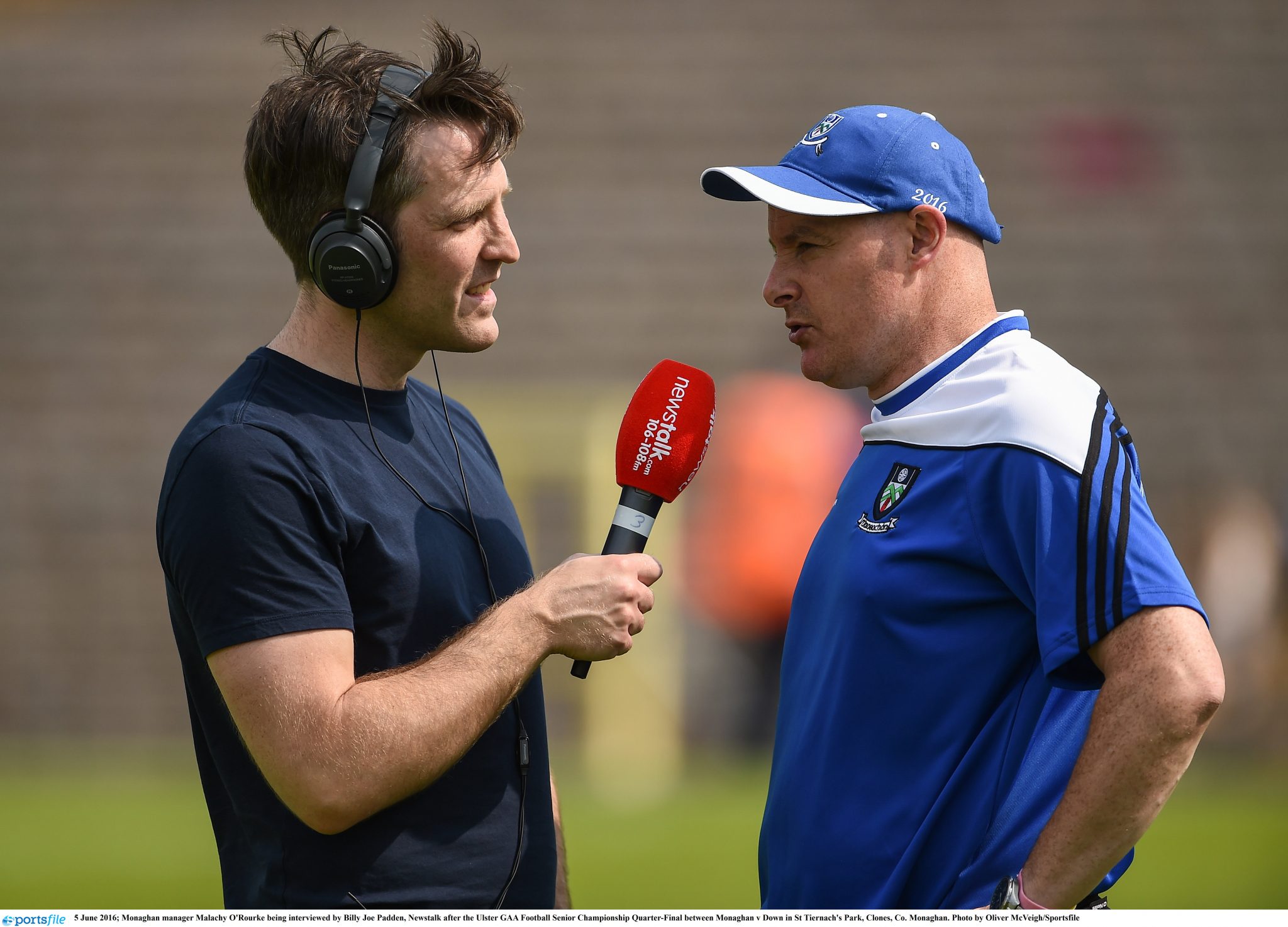 Mayo need to mix it up

Former Mayo and Armagh player Billy Joe Padden thinks Mayo will need to show variety in their kick outs and attacks if they're to break down the Red Hand's defence on Saturday afternoon.

"I think you have to be brave. I think Robbie Hennelly's having his best year for Mayo in terms of his kick outs. He was really, really good against Galway in the Connacht final and good again against Dublin.

"Mayo have been frustrated against Tyrone previously in National League games between the sides where Tyrone have allowed them to kick short to a corner-back.

"Mayo would then work the ball up the field unchallenged before then having to face a 15 man Tyrone defence. They've struggled with it and lost those games, most recently last year in Castlebar.

"What you have to be willing to do is mix it up and not just fall into the temptation of just kicking it short every time. Try and find Diarmuid O'Connor in space in midfield, try and find Matty Ruane on the run, try and get it to Kevin McLaughlin when he moves back from the half-forward line.

"Getting that ball into the middle third a little bit quicker can help to create something. But you also have to be careful not to do it too often because Tyrone are really good at getting men around to win a breaking ball too."

GPA in 'ongoing contact' with Tyrone squad over Covid issues