Two weeks ago, Shauna and Ian were chatting about the new Elvis biopic and the five actors that had...

The King Lives On

Two weeks ago, Shauna and Ian were chatting about the new Elvis biopic and the five actors that had been shortlisted to play The King .

Austin Butler, Ansel Elgort, Aaron Taylor-Johnson, Miles Teller and Harry Styles had been whittled down to the final five but who made the cut?

Iano, being the eagle eye that he is, guessed correctly... 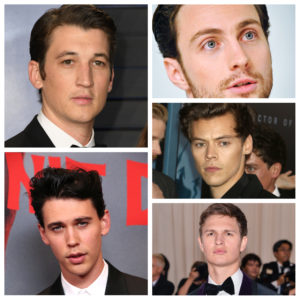 Shauna revealed this morning that Iano's pick, Austin Butler, has got the call up! Baz Luhrmann, who is directing the movie, said he couldn’t make this movie if the casting wasn’t absolutely right.

They searched thoroughly for an actor with the ability to evoke the natural movement and vocal qualities of Elvis, but also his inner vulnerability.

Presumably, Austin possessed all of these qualities!

A Star Is Born

Butler, who you might recoginse from 'High School Musical', will also appear in the new Tarantino movie ‘Once Upon A Time in Hollywood’ so he is certainly one to watch!

For more breaking showbiz, tune into The Ian Dempsey Breakfast Show, weekday mornings from 7am.

Irish People Share Their Hilarious First Encounters With Their In-Laws

West Cork School Cap Off The Year With Amazing Mural