She just doesn't like him... Sharon Osbourne says she will NEVER work with Simon Cowell again. The p...

Sharon Osbourne says she will NEVER work with Simon Cowell again. The pair have been feuding since Simon kicked her off the The X Factor because she was too old. (That's what Sharon says anyway!)

Now, Simon claims he contacted Sharon last week to try and patch things up but she says that she hasn't heard from him since May 2018.

She said, quite plainly, as you'd expect from the outspoken Mrs Osbourne, that she just doesn't like Simon and won't be working with him again.

That's that so. Ah lads, would you not kiss and make up? 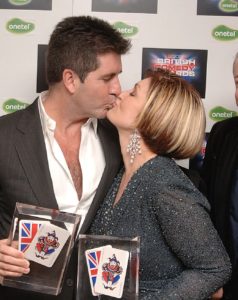 Ant and Dec To Reunite With Cat Deeley For Chums