Ireland head-coach Andy Farrell says Caelan Doris has trained well in Cork this week ahead of their Guinness Six Nations clash with England on Sunday week.

The Leinster back-row missed last weekend's win over Wales after suffering a head injury early on in his debut against Scotland.

Farrell says it made sense to keep the Mayo man with the squad this week:

“The reason we kept Caelan Doris available, he missed most of last week, so we wanted to keep him up to speed.

“It was good for him after his return stuff. He’s in the clear now and he’s had a good couple of days which is great to see from him.” 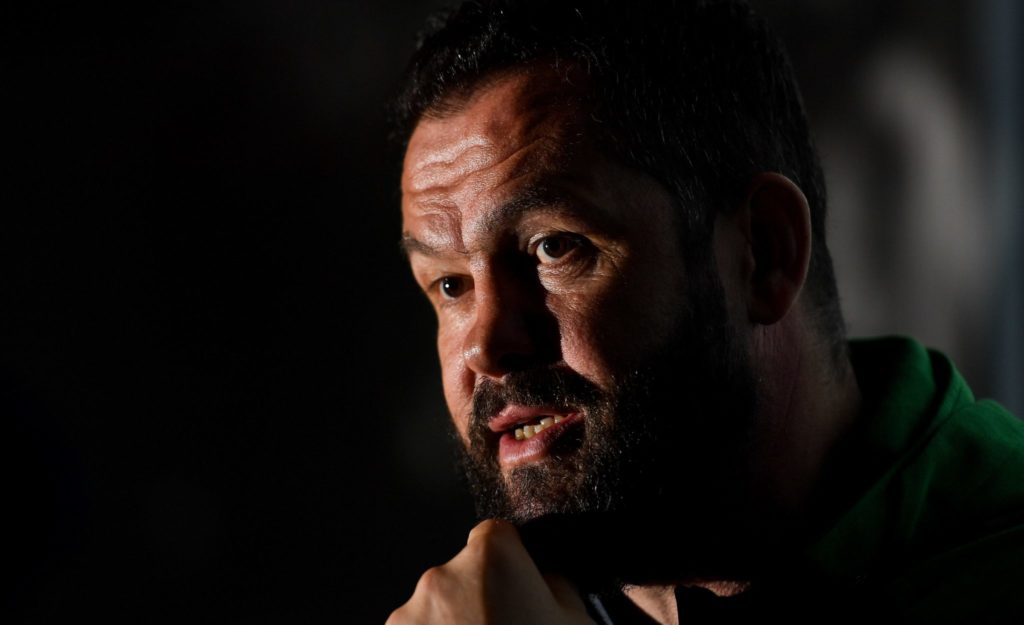 Ireland had been due to hold an open training session in front of over three thousand fans at Cork IT this morning but it was cancelled due to heavy rain overnight and the head-coach says they're "gutted" it couldn't go ahead:

"We trained yesterday and the pitch was soft. It was good, a decent session. The groundsmen had done as much as they could, but the rain was torrential last night. We got up early this morning and it wasn't fit for purpose.

"We're gutted because we tried to transfer everything to Independent Park and we weren't able to do that so the kids missed out. We came down to Cork to connect with the Cork people and the 3,500 people that were going to come and see us train - we could have connected and signed autographs at the end of the session. There was none of that because of the safety regulations.

"We had a care of duty to the players - the 20s and our lads - we ended up with a decent session in the end. We're happy with that but gutted for the people of Cork.

"That's why we do those sessions, why we go all over the country if we can. It was unfortunate circumstances with the weather.

"We've trained in the past on heavy pitches and came away with injuries along the way. I think it was the right call for the team, gutted for the people."