Here is the Ireland team to play Slovakia

The Republic of Ireland take on Slovakia in Bratislava on Thursday night in a crucial European Champ...

Here is the Ireland team to play Slovakia

The Republic of Ireland take on Slovakia in Bratislava on Thursday night in a crucial European Championship play-off semi-final.

This is Stephen Kenny's third game in charge of the Irish senior team following the Nations League double-header last month against Bulgaria and Finland.

Kenny, who prematurely replaced Mick McCarthy earlier this year, is seeking his first victory as manager with the aforementioned pair of matches finishing in a 1-1 away draw and a 1-0 home defeat respectively. 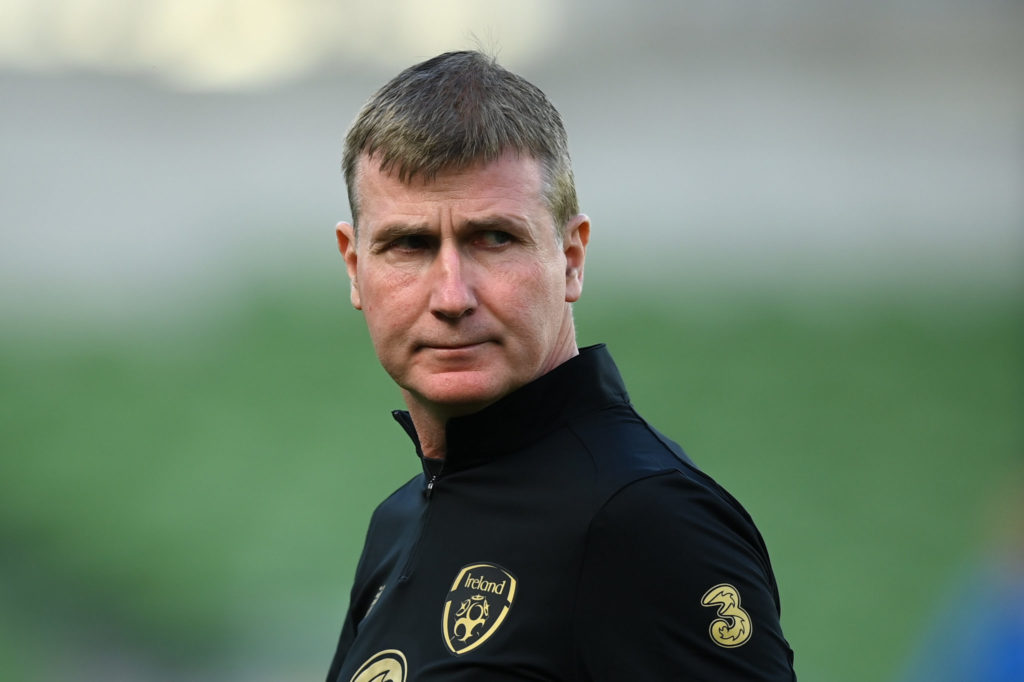 The winner on Thursday night will face either Bosnia & Herzegovina or Northern Ireland in a play-off final where the victor will progress to next summer's rescheduled European Championships which was postponed this year due to the global spread of COVID-19.

Should the game finish in a draw this evening it will go to extra-time and then penalties if necessary so, regardless, we will know Ireland's fate by night's end.

Here is the Irish starting XI that Kenny has named.

David McGoldrick will lead the attack up front 💪

Huge night, come on you boys in green!#SVKIRL | #COYBIG pic.twitter.com/jF5puMsXqb

Both James McClean and Callum Robinson start alongside David McGoldrick in attack.

This is believed to be the reason why McClean is starting ahead of Connolly.

FAI have just confirmed that a second backroom member has tested positive for Covid.

My understanding is that Connolly and Idah were deemed as close contacts of this individual but the FAI have not mentioned this in the statement.

Elsewhere, the remaining selections are what many expected the side to be, with a midfield trio of Jeff Hendrick, James McCarthy and Conor Hourihane protected by a back four of Enda Stevens, John Egan, captain Shane Duffy and Matt Doherty. Darren Randolph, as usual, is between the sticks.

Kick-off in Bratislava is at 7.45pm Irish time and the match is live on Off The Ball across all of our social channels, otbsports.com, the OTB Sports App and on Newstalk radio with live commentary coming from Nathan Murphy and Stuey Byrne.