'I've worked so hard for this. It was an amazing final' - Trump celebrates maiden World Championship success at The Crucible

The 29-year-old, beaten by Higgins in the 2011 final, also joins the list of snooker players to have completed a career Grand Slam following previous successes in the UK Championship and Masters tournaments.

Speaking to the BBC after tonight's match, Trump was full of praise for his opponent's performance.

"I've worked so hard for this," he said. "It was an amazing final.

"I can't put it into words how well I played. That's what you've got to do to beat John, he's one of the greatest to play the game." 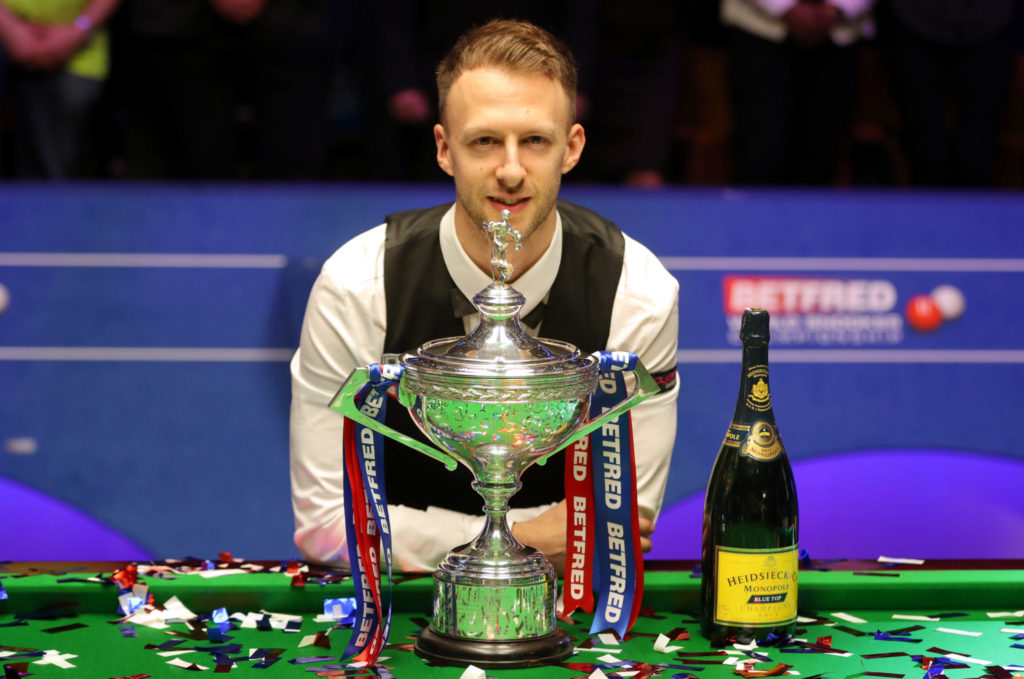 Trump had raced into the lead during the final - winning eight frames consecutively on Sunday to establish a 12-5 overnight lead.

"I was the lucky one, I didn't have to pay for a ticket," Higgins said after the match.

"Playing my third final in a row is brilliant and I'm delighted to get there - but I came up against an unstoppable machine," he added.