Paralympic Games will have no spectators - including outdoor road events

The rescheduled Paralympic Games will have no spectators at any of the events, Tokyo 2020 organisers...

Paralympic Games will have no spectators - including outdoor road events

The rescheduled Paralympic Games will have no spectators at any of the events, Tokyo 2020 organisers confirmed on Monday.

The decision was taken last month to delay the decision on whether spectators would be admitted into Paralympic events, based on the coronavirus situation in Tokyo closer to the start of the Games on 24 August.

The International Paralympic Committee (IPC), the Tokyo 2020 Organising Committee, the Tokyo Metropolitan Government (TMG), and the Government of Japan held a four-party remote meeting after which they announced their final decision.

The joint statement released on Monday said: "In light of the current emergency declaration issued for Tokyo, Saitama and Chiba Prefectures, another declaration of the state of emergency being requested by Shizuoka prefecture and the current infection situation broadly, more stringent measures will be taken for competitions to be held in these prefectures, including having no spectators.

"With regards to road events, the organisers request the general public to refrain from coming to the roadsides to watch the competitions." 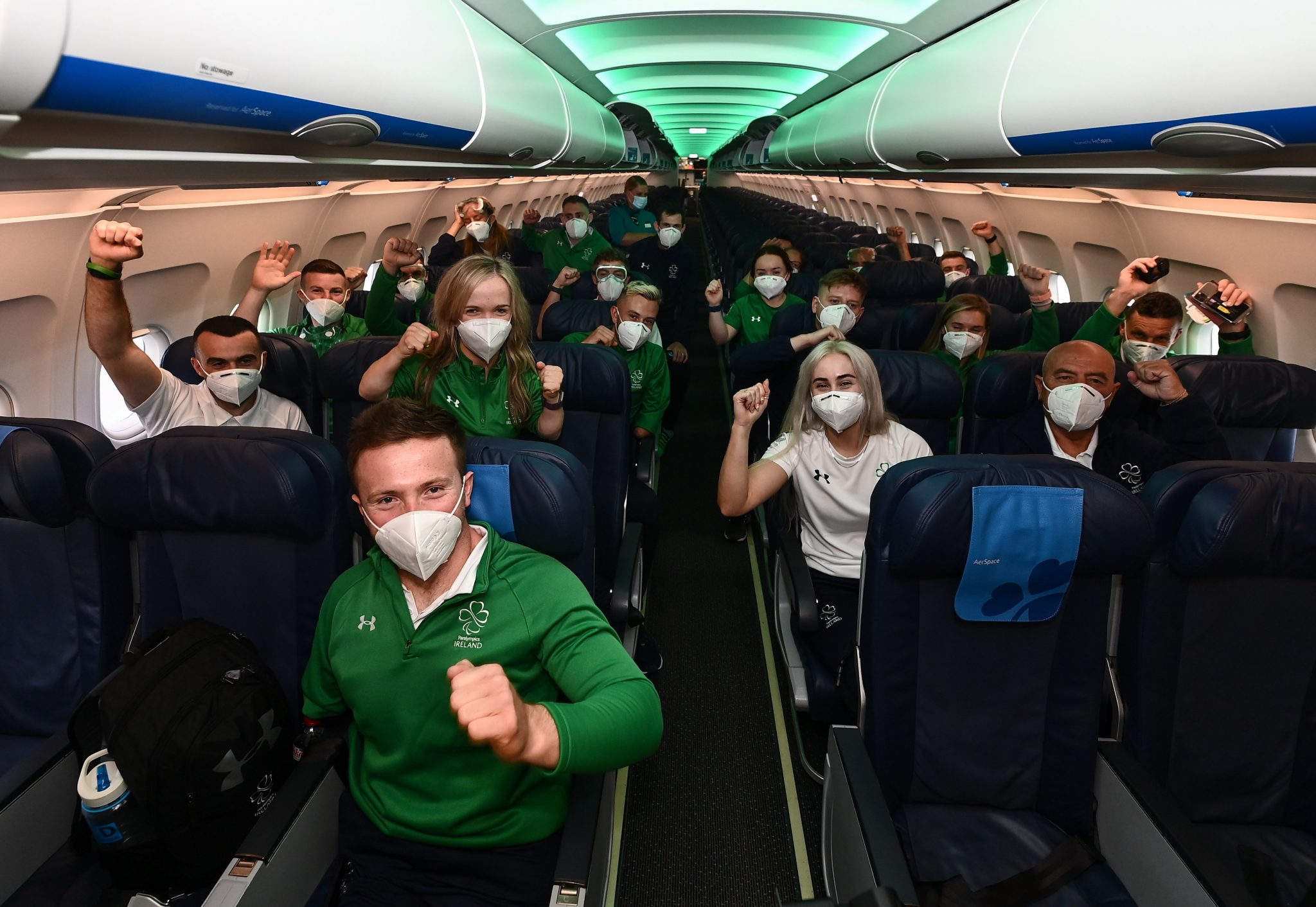 12 August 2021; And they’re off… Aer Lingus send-off for Paralympic Team Ireland. Aer Lingus flew the first group of Paralympic Team Ireland athletes on flight EI 154 to London Heathrow as they journey to compete in the Tokyo 2020 Paralympic Games. Peter O’Neill, Chief Operations Officer, Aer Lingus said; “Aer Lingus wishes all of the members of Paralympic Team Ireland the very best of luck as they journey to compete in the Tokyo 2020 Paralympic Games. Aer Lingus is proud to support the team on this first part of their journey and our ground staff and operating crew are looking forward to welcoming the athletes to the airport and on board.” Pictured are athletes, Colin Judge, Mary Fitzgerald, Orla Comerford, Jordan Lee, Jason Smyth, Greta Streimikyte, Michael McKillop and Niamh McCarthy with Paralympics Ireland staff on the flight in Dublin. Photo by David Fitzgerald/Sportsfile

Organisers have not ruled out a change in that policy if there is a change in the Covid-19 situation in the Japanese capital city, where the Olympic Games went ahead without spectators in attendance in July and August.

"In the event of any major changes in the infection situation, we will immediately hold a further four-party meeting to address the issue," the statement adds.

"We very much regret that this situation has impacted the Paralympic Games, following the Olympic Games, and we sincerely apologise to all ticket buyers who were looking forward to watching the Games at the venues. We hope that you understand that these measures are unavoidable and being implemented in order to prevent the spread of infection. Everyone is encouraged to watch the Games at home."

Eve McCrystal | Inspirational journey from Ironmen to the Paralympic Games