Ireland captain Johnny Sexton and centre Robbie Henshaw will not play against England in the Autumn...

Ireland captain Johnny Sexton and centre Robbie Henshaw will not play against England in the Autumn Nations Cup this Saturday.

The news was confirmed on Monday morning by the IRFU.

Sexton has been withdrawn due to a hamstring injury he sustained in the opening Autumn Nations Cup win against Wales last Friday evening. Meanwhile, Henshaw picked up an abductor strain in the 32-9 triumph over Wayne Pivac's side.

In the same statement, the IRFU revealed that Jacob Stockdale will "continue his calf rehab in camp with a view to training later in the week", while the Ulster outhalf Billy Burns will "follow the return to play protocols" after his HIA against Wales.

The good news for Farrell is that Iain Henderson is due to resume training on Monday.

Munster and Ireland legend Alan Quinlan joined Monday's OTB AM to review the Wales win and debate Farrell's no.10 conundrum in Sexton's absence.

Ireland eased past a visibly demoralised Welsh outfit on Friday at the Aviva Stadium.

Converted tries in each half by James Lowe and Quinn Roux, the latter a late addition to the starting XV, were supplemented by two penalties each from Sexton and the captain's respective replacements; Burns and scrumhalf-turned-outhalf, Conor Murray.

The hosts were 10 points up at the break, but the solid performance was tarnished by Sexton - who earned his 100th Test cap on the night - limping off with that hamstring injury in the first half. 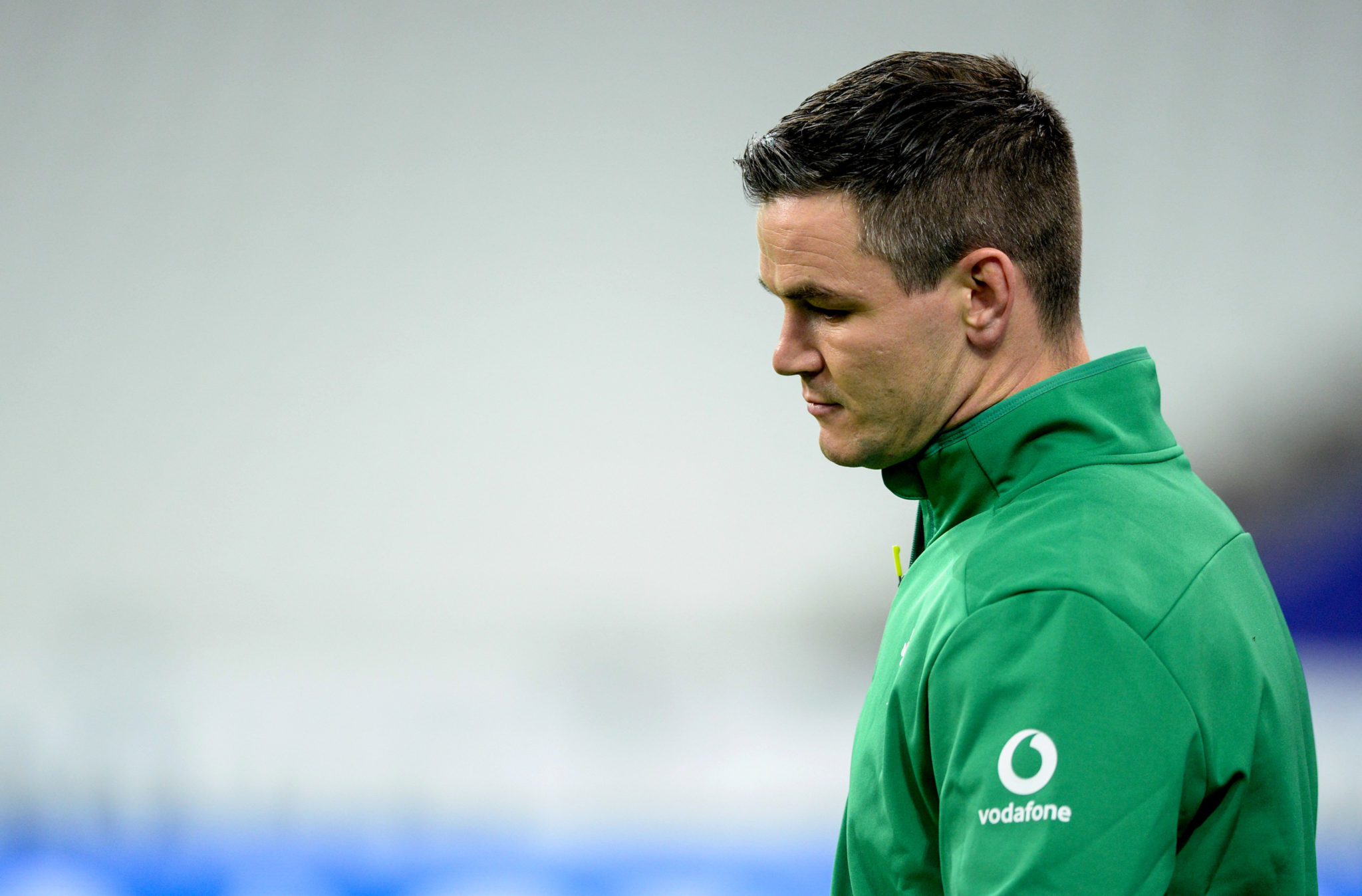 31 October 2020; Jonathan Sexton of Ireland prior to the Guinness Six Nations Rugby Championship match between France and Ireland at Stade de France in Paris, France. Photo by Sandra Ruhaut/Sportsfile

James Ryan took over as skipper following Sexton's removal for Burns. Despite an improved second half display by the visitors, Ireland ran out comfortable victors after 80-plus minutes.

Attention now turns to who will deputise at no.10 against the on-fire English this coming Saturday at Twickenham (KO, 3pm).

The last time Ireland contested this fixture was last February in the Six Nations when England dominated in a 24-12 victory. Eddie Jones' men's recent relentless form shows no signs of abating following a ruthless 40-0 victory over a hapless Georgia at the weekend.

While there will be a fair amount of trepidation going in this match, Irish fans will still be expecting a competitive contest come Saturday and an improved performance from nine months ago.