Another Game Of Thrones Mistake Spotted This Week

Considering it is arguably the most successful TV shows of all time, we can imagine the people behind Game of Thrones feel quite a lot of pressure when it comes to their creation.

From costumes to locations, there's a lot to keep tabs on - maybe a little too much.

Last week the HBO series was in hot water over a coffee cup being left on the set and ending up in a scene with Daenerys Targaryen, which you can read about here.

And it seems the continuity team are going to be in even more trouble due to another error this week.

Jaime Lannister, who famously lost his sword wielding hand in season 3, is seen to have magically regrown it in promotional shots for season 8 episode 5. 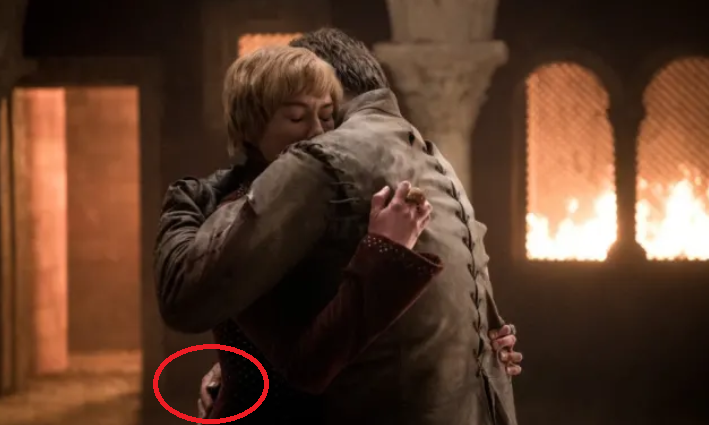 The Kingslayer's real hand doesn't appear in the actual episode, just in still images shared ahead of it's release - but still, you think they'd be little more cautious.

It follows a lot of backlash over the most recent episode of the series - with fans saying it was the worst episode since the show began in 2011.

Rotten Tomatoes currently has "The Bells" at only 49%.

Its fair to say fans have pretty much rested all of their hope and dreams in the final ever episode which airs on Sunday 19th May.