It was a landmark day in the Today FM offices today, as Ireland’s favourite radio duo, Dermot & Dave...

It was a landmark day in the Today FM offices today, as Ireland’s favourite radio duo, Dermot & Dave, celebrated an incredible 20 years on air!

Dermot & Dave had a show full of surprises in honour of their special day. A number of celebrities rang in to wish the pair well, Dermot Bannon kicked off the kind words and there were several other household names including Westlife, Amy Huberman, Emily Sande, Grainne Seoige, Neil Delamere, Dara O’Briain, Deirdre O’Kane and many more wishing the lads well.

The guys were also treated to a commemorative plague each, bottles of bubbly, balloons and a MASSIVE cake that Dermot just couldn't resist smashing Dave's face into!

It was also a show full of musical surprises, as Dermot & Dave were treated to live music from Dublin band, Wild Youth, who did a live rendition of their new single ‘Live Without You’ and ‘Can’t Move On’ from the Today FM studios.

Finally, the guys also got a very special gift from U2 frontman Bono as he sent in a personalised card to them which said: “A pint of Guinness and a packet of crisps for International Dermot & Dave Day, salt and vinegar of course! Congratulation on 20 years. Bono”. 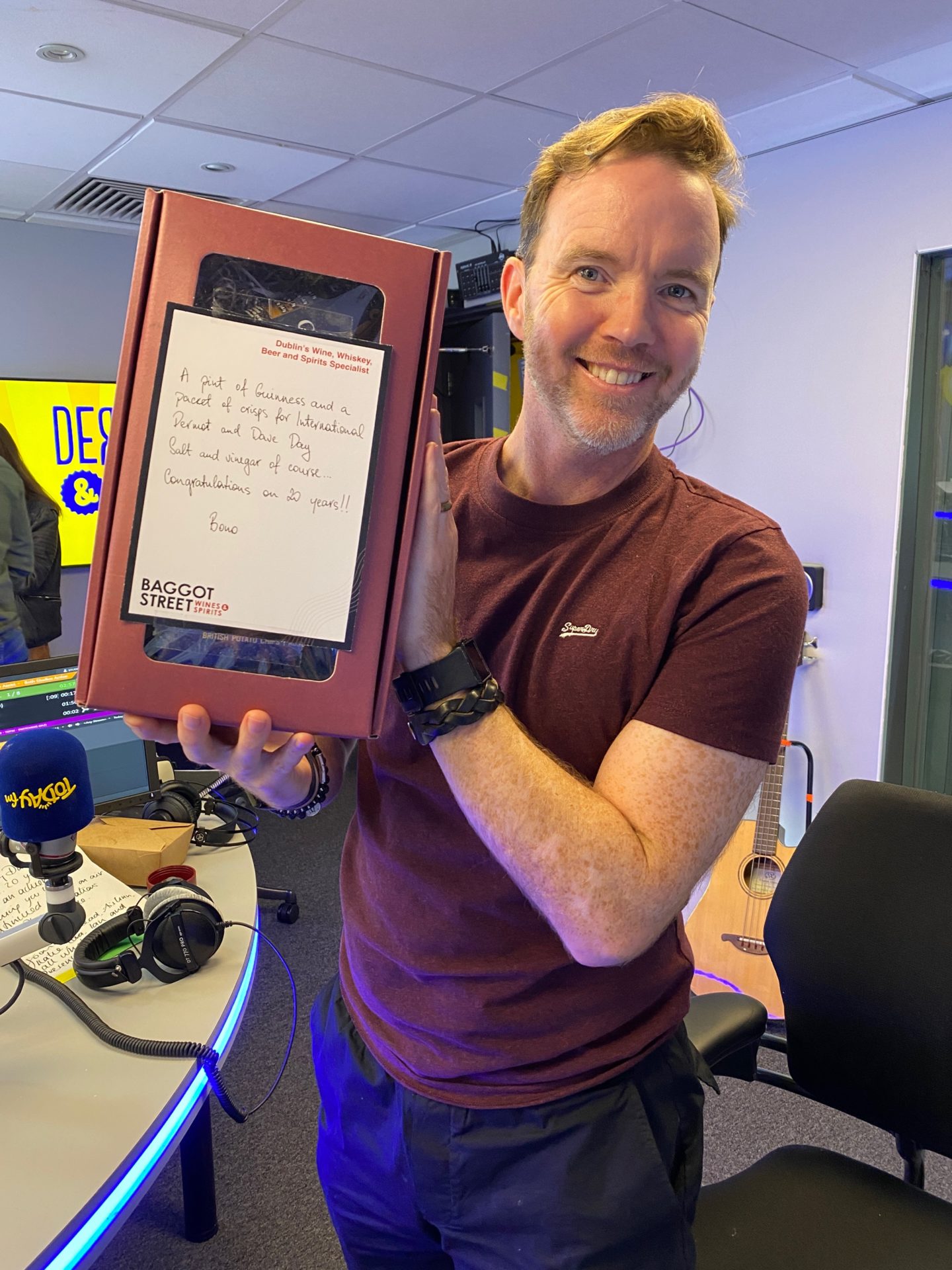 Dermot and Dave had this to say on their landmark day: “Time sure does fly when you’re having fun! We are beyond proud to be celebrating such a landmark achievement for us of 20 whole years on Irish radio. It’s hard to put into words just how much we’ve enjoyed every minute of it, but I think we can both say that it’s been a dream to work alongside a best friend for so many years!”