A police department in Massachusetts has described the current heatwave as "straight up hot as socce...

A police department in Massachusetts has described the current heatwave as "straight up hot as soccer balls out there."

The Braintree department has asked the public to refrain from any criminal activity because of the intense heatwave.

In a Facebook post they said: "Conducting criminal activity in this extreme heat is next level henchmen status, and also very dangerous."

With temperatures hitting 97 degrees Fahrenheit and super high humidity, we understand their concerns.

However, the police are only asking criminals to stay at bay until Monday, when hopefully temperatures will be cooler.

Until then, they suggest staying home, blasting the air-conditioning and binge watching some Netflix.

They have just one other request: No Stranger Things Season 3 spoilers. 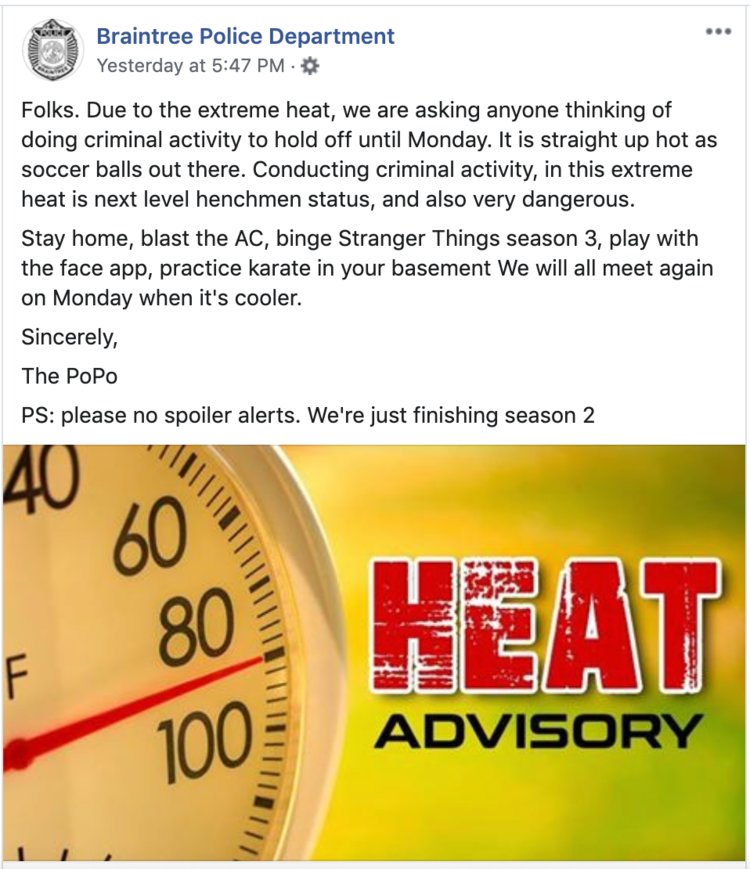