Ireland has taken in more than 600 pets from Ukraine since the Russian invasion began. Nearly five m...

Ireland has taken in more than 600 pets from Ukraine since the Russian invasion began.

Nearly five million people have fled the war in Ukraine since the bombs began to fall - with around 25,000 arriving in Ireland.

The Government has said around 85% of the new arrivals are women and children, some of whom have brought their pets with them.

The EU has waived the normally strict rules on the movement of animals into the EU for people fleeing the violence – recognising the importance of family pets for dealing with the traumas of war.

This morning, the Minister for Agriculture confirmed that nearly 620 pets have arrived in Ireland in recent weeks.

The new arrivals include 333 dogs and 285 cats alongside a range of smaller household pets.

The animals need to go through a system of processing on their arrival - undergoing vaccination against rabies, treatment for tapeworm and micro-chipping. 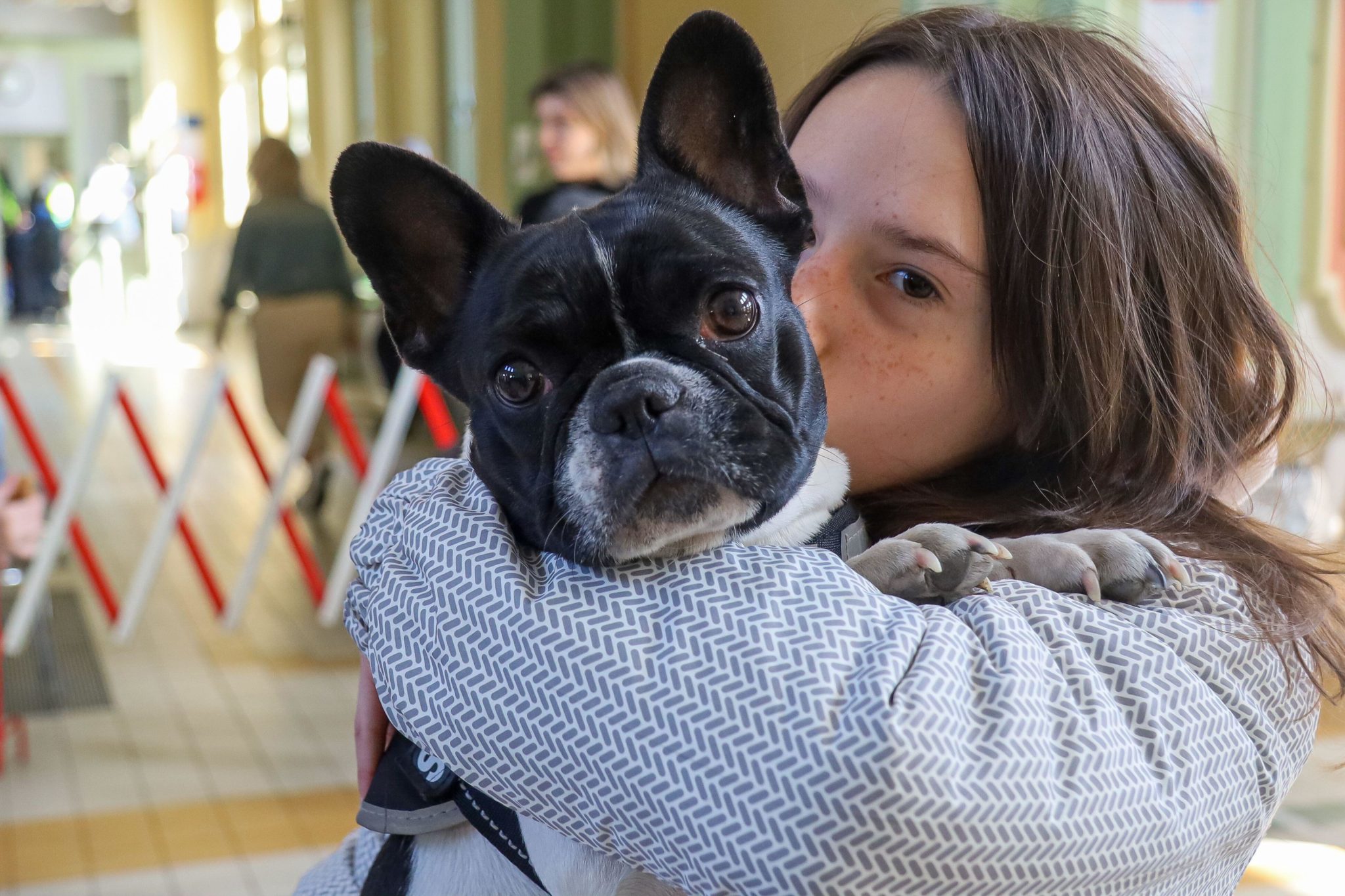 Ukrainian girl holds and kisses her dog at Przemysl train station in Poland, as her parents try to figure out where to go after fleeing the war in Ukraine, 13-04-2022. Image: Amy Katz/ZUMA Press Wire

They then need to go into quarantine for a period of three months - although they are allowed to do so wherever their family is staying.

They are again tested for rabies 30 days after arriving in Ireland.

Agriculture Minister Charlie McConalogue said Ireland is operating an open-door policy for the people of Ukraine and their pets.

"Ireland has always shown itself to be a kind, caring and compassionate country," he said.

"Our first instinct is to help people who need it and the way in which we have opened our doors to the people of Ukraine shows just how much of a considerate nation we are. 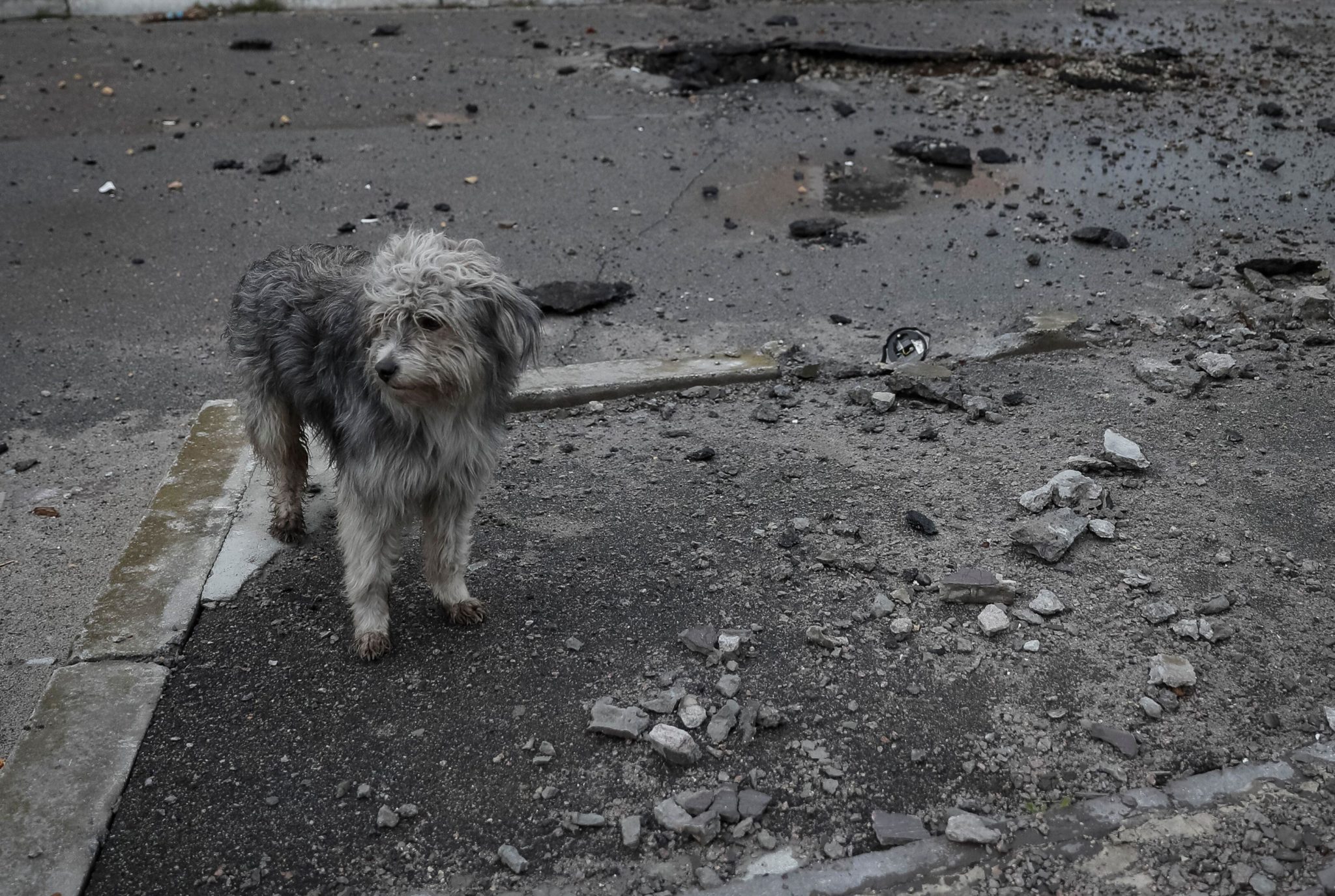 A dog stands near a shell crater on the front line near Kyiv as Russia's invasion of Ukraine continues. Image: REUTERS / Alamy Stock Photo

"We recognised quickly the need to ensure that people can move to Ireland and set up a new life with as little stress as possible. That is why we have taken a leadership role in allowing those arriving here to bring their pets once they follow a few simple steps to reduce the risk of any disease coming into Ireland.

"Pets play a huge role in the lives of so many people. They’re friends and companions and I was keen to ensure pets could travel with their owners."

Here's the latest on what's happening in Ukraine: