€2.5m Worth Of Cannabis And Two Grenades Discovered In Co Meath

A man has been arrested after a €2.5 million drugs seizure in Co Meath.

The cannabis herb was discovered during the search of a property in Gormanstown earlier today.

The Army's bomb disposal team was called to the scene to make the devices safe.

The man who was arrested is being held at Ashbourne Garda Station under Section 2 of the Drug Trafficking Act.

Gardaí say their investigations are ongoing. 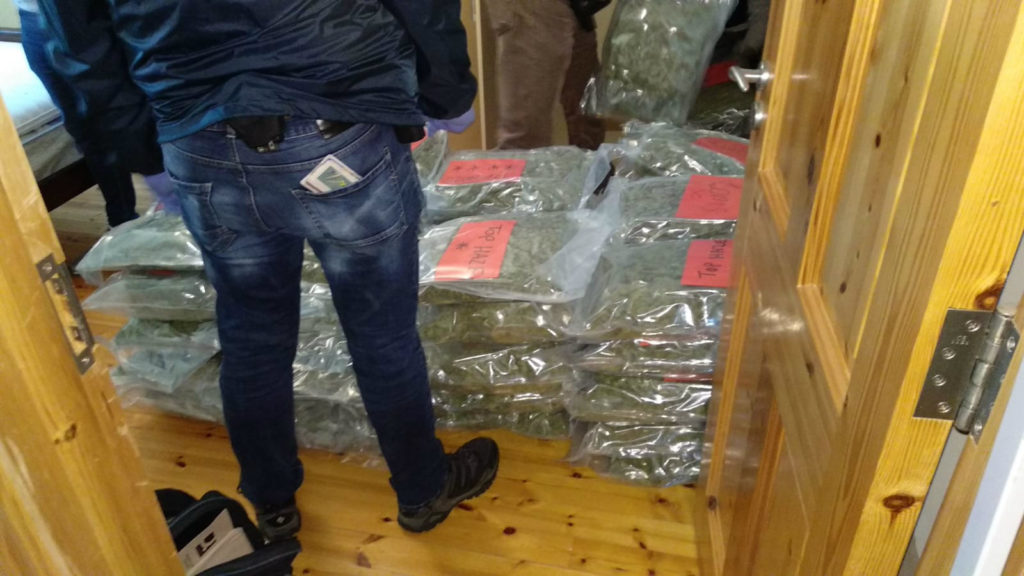 Man Arrested After Seizure Of €40,000 Worth Of Drugs

Cannabis Worth Over €1.2M Discovered In Ditch In Co Laois

Man Arrested After Gun And Drugs Seized In Dublin