Eurovision: Will It Be '12 Points' For Ireland?

After being cancelled last year due to the pandemic, the Eurovision Song Contest is back with a bang.

Ireland's Lesley Roy takes to the stage in the first semi-final in Rotterdam tonight, with the hopes of securing a place in the grand final on Saturday.

She'll perform seventh with her song, 'Maps'. The video on YouTube has ratcheted up over one million views.

"This is actually going to be the semi-final of death, because there are so many songs in there that you could make a strong case for all of them to actually qualify.

"We're up against the big favourite for the entire contest - which is from Malta - a singer called Destiny with a song called 'Je Me Casse'.

"Think 'All The Single Ladies' from Beyoncé, she's that good, and she's amazing."

Garrett explains what we can expect from Lesley tonight.

"It's been going down really well with the journalists in the stadium all week, where she's been rehearsing.

"Lesley is set inside a giant pop-up book.... and she actually spends most of the song running on a travellator.

"She's got a strong chance of qualifying for the final; and if she did, I think it would go down really well with people across Europe - both the juries and the public." 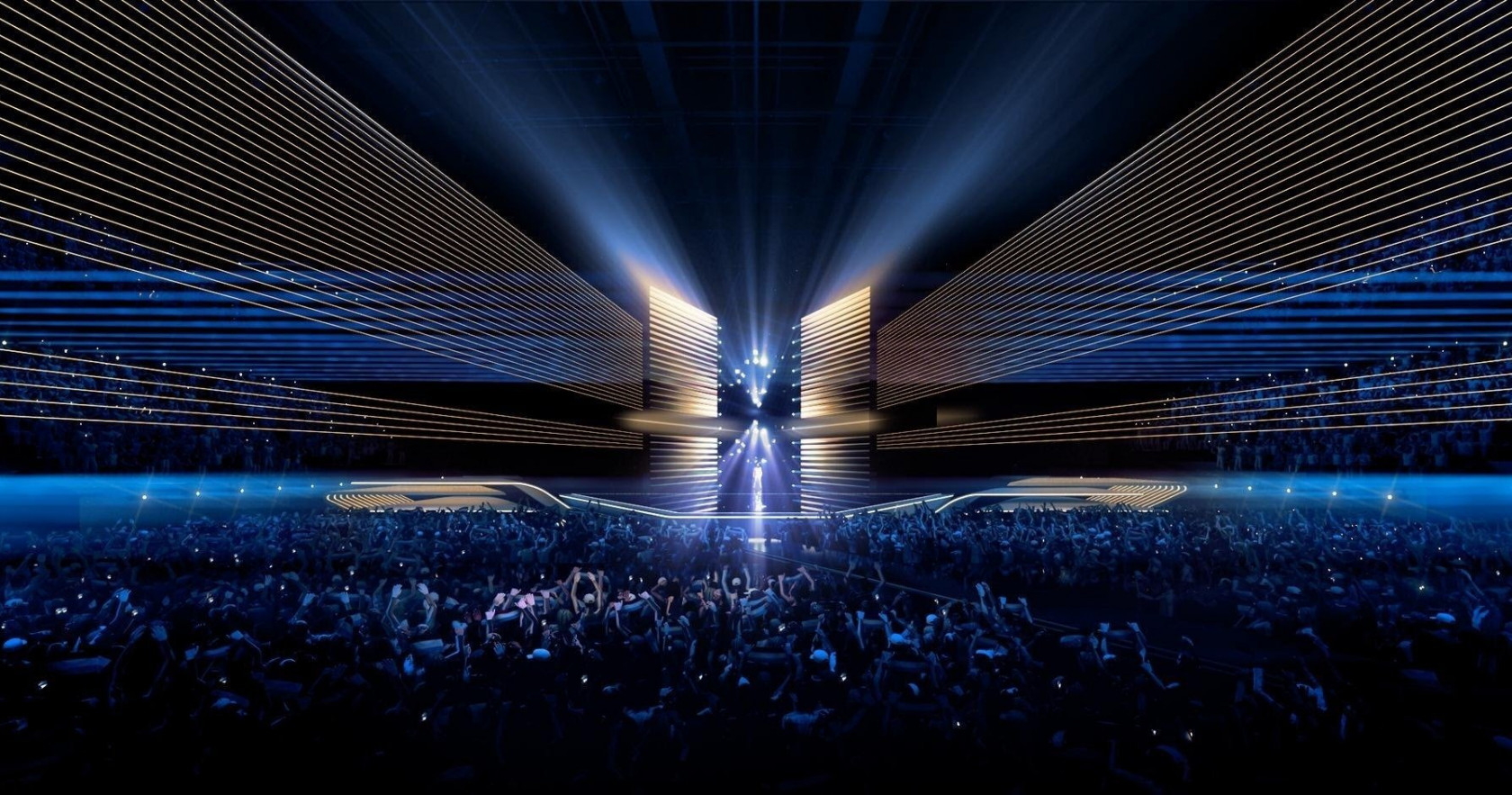 The Eurovision stage in Rotterdam, Netherlands. Picture by: EBU

But Garrett adds: "If you're looking for a sneaky, dark horse which I think could win the competition? It could be Italy.

"They have an amazing rock song this year, which is going to blow people's minds.

"It's totally not what you expect from Eurovision, it's glam-rock.

"Think back to the 1970s and wait till you see their skin-tight, pleather outfits which they're going to have on the stage".

Ireland's won the Eurovision a record seven times in total.

We famously won four out of five contests in the 1990s - and became the first country to win three times in a row.

"I am not a racist" - Austria's Arnautovic explains goal celebration