Voting has come to a close around the country with exit polls suggesting a three-way tie for a share of the electorate.

Solidarity-People Before Profit is on 2.8%, according to the poll, with independents and others on 14.5%. 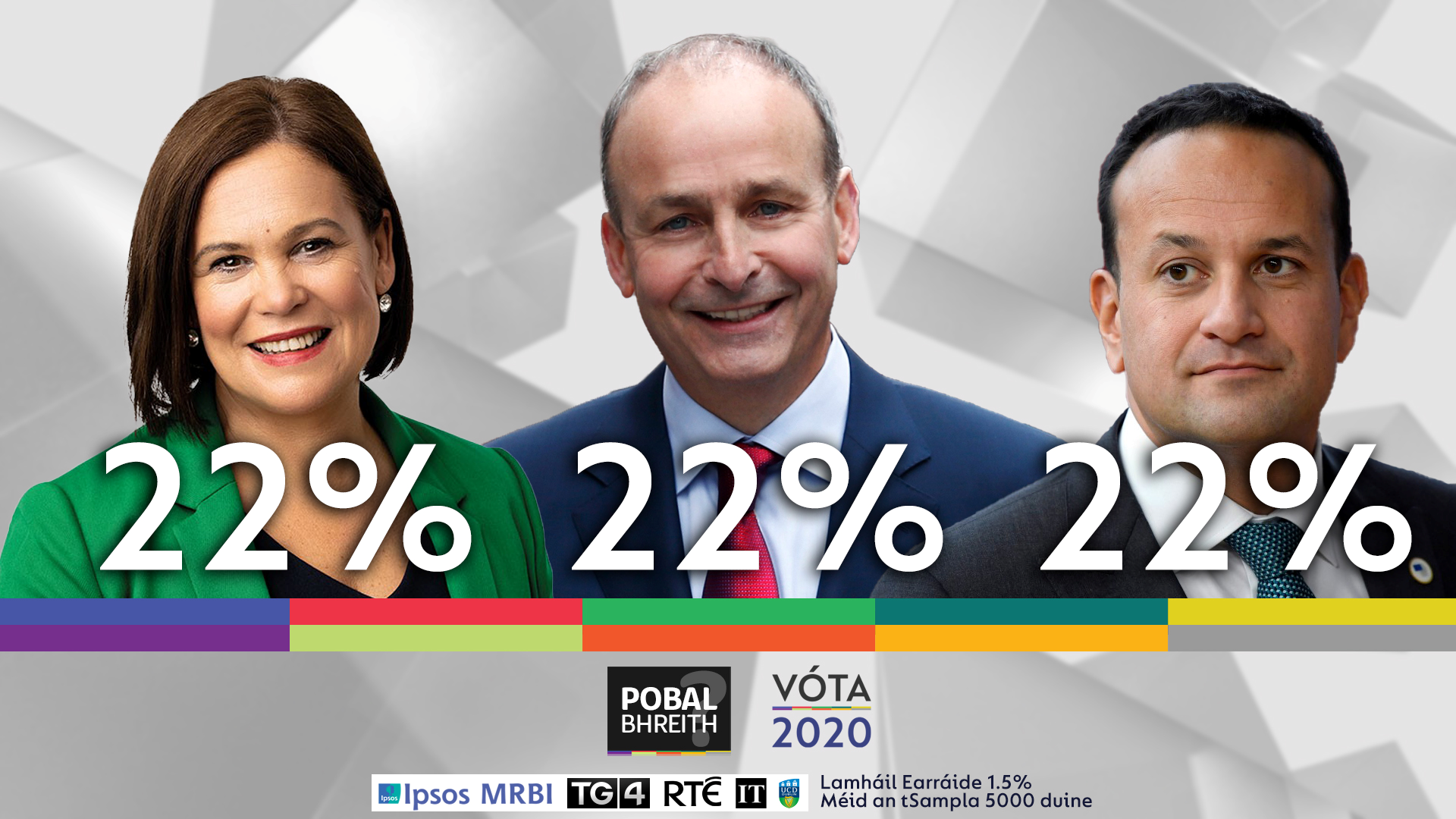 The three main parties are tied for a share of the electorate. Image: TG4

The results suggest Fianna FĂĄil and Fine Gael will now battle it out to become the largest party in the DĂĄil.

However, neither party is likely to be able to anchor a coalition government without another confidence and supply arrangement.

Sinn FĂŠin, which did not run as many candidates, will struggle to match the number of the seats the other two parties are likely to take home.

The party only ran 42 candidates in 38 constituencies â compared to the 84 candidates running for Fianna FĂĄil and the 82 for Fine Gael.

The exit poll was carried out by Ipsos MRBI on behalf of The Irish Times, RTĂ,Â TG4Â and UCD.

The poll involved some 5,000 voters at 250 polling stations across the country.