There's been a 32% increase in the number of cocaine cases presenting for treatment between 2016 and 2017.

The Health Research Board (HRB) said in total, 63,303 cases presented for treatment for problem drug use between 2011 and 2017.

In 2017, opiates - mainly heroin - remained the most common drugs reported among cases.

Cannabis, cocaine and benzodiazepines were the second, third and fourth most common drugs reported by cases in treatment. 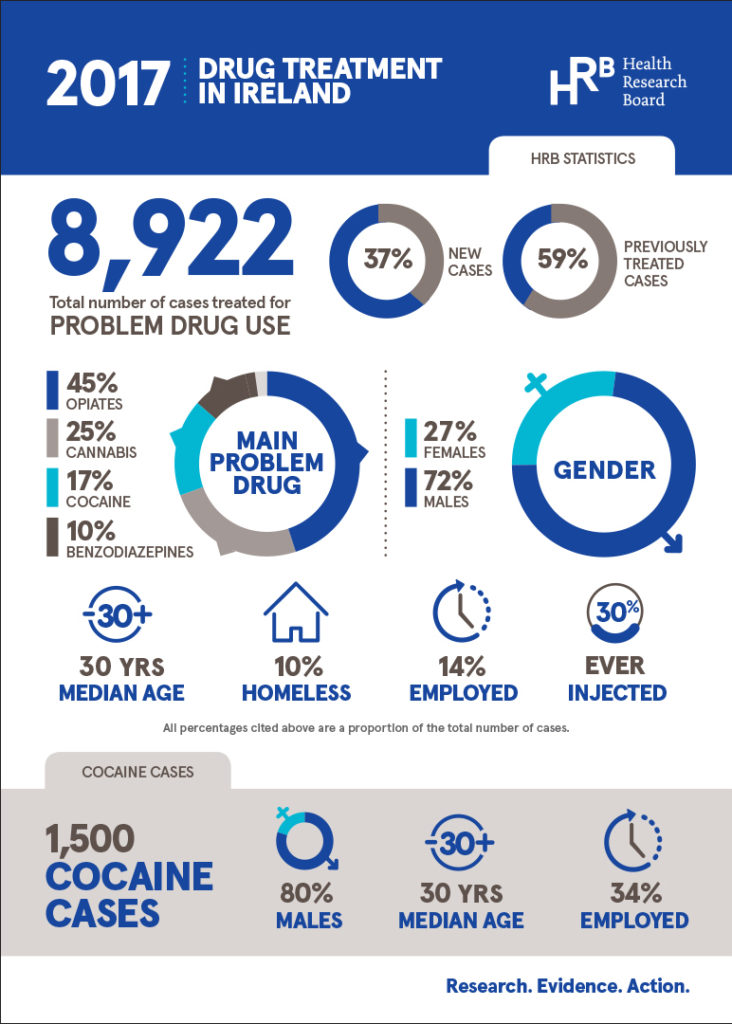 Men accounted for four in every five cases (80%) over the reporting period.

Darrin Morrissey is chief executive at the HRB: "Problem drug use continues to seriously impact people throughout Irish society.

"This is evident in the drug treatment data presented today, as well as the HRB's recent drug-related deaths and alcohol treatment reports.

"Over the recent period of economic recovery, drug treatment trends are changing and the data we analyse from the HRB information systems helps to inform health services provision and the health policy responses to problem drug use in Ireland".