The Chief Medical Officer said the country definitely has not turned the corner yet in getting COVID-19 back under control.

There were a further 720 new cases of coronavirus and five additional deaths confirmed this evening.

There are also 341 people being treated in hospital, an increase of 29 since yesterday, with 38 in intensive care.

There has also been a slight fall in the number of new confirmed cases in the last few days.

Speaking at the Department of Health's briefing tonight, Dr Tony Holohan said it is too early to consider it a trend.

He said: "We can see there has been a small reduction in what we look at which is the more stable rate, the five-day moving average over the course of the last number of days.

"In the last four days, we've had three of those days reporting less than 1,000 cases a day which is number we were reporting effectively at least 1,000 a day for a period of four or five days during the course of last week.

"I would stop short of saying that's any kind of a trend we can take any encouragement from at this stage.

"We need to see this kind of change and we need to see it kept up and accelerated, if anything, from where we are at the moment.

"We're definitely not at a stage where we can say we can draw a conclusion that this is a trend or this is us getting to the place we wanted to get to." 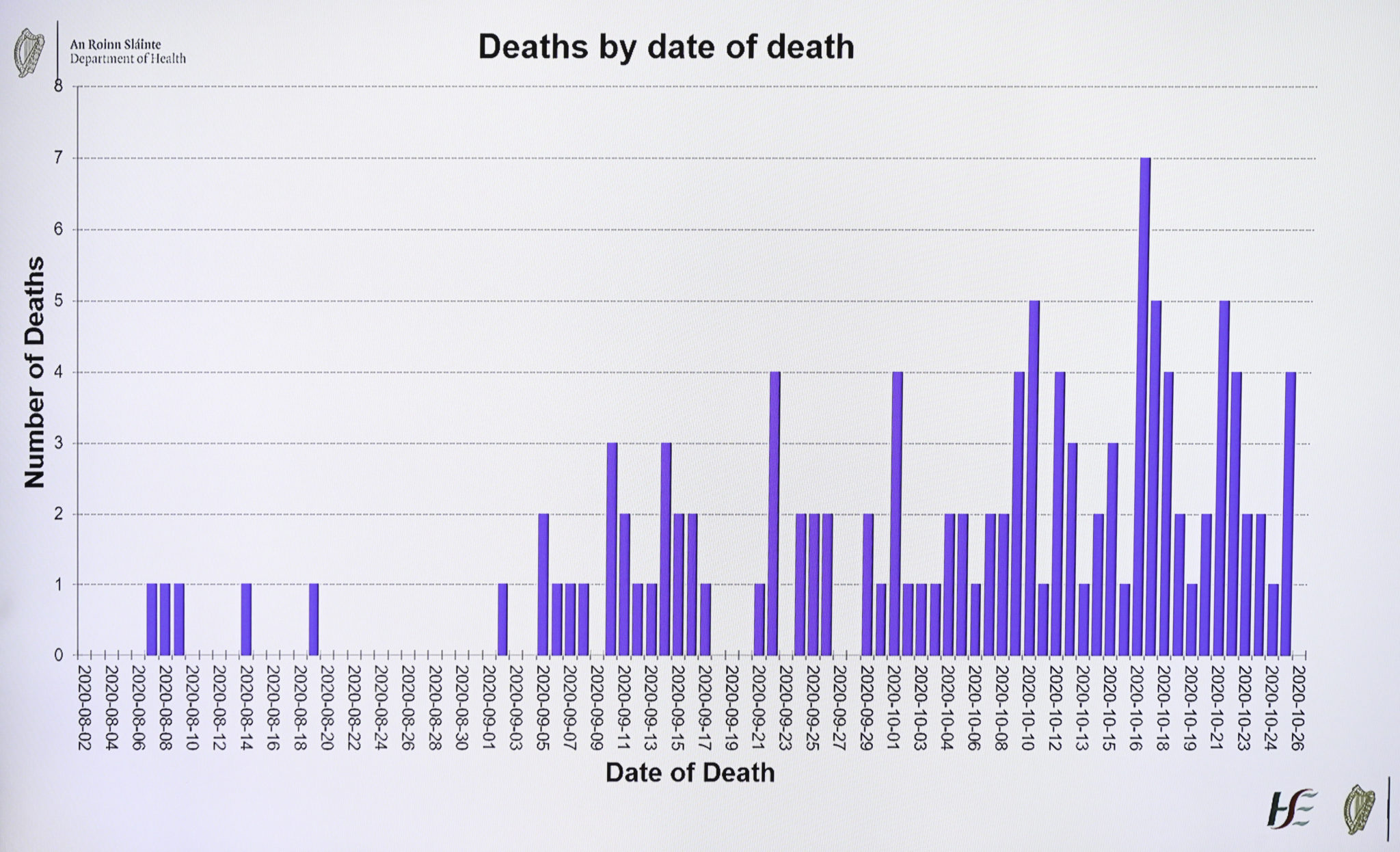 Pictured are graphs on screen at the Department of Health briefing in Miesian Plaza tonight. Photograph: Sarko Lazarov/ RollingNews.ie

Dr Holohan added: "Obviously it's much better that we see cases lower rather than higher because they had been increasing inexorably for a number of weeks and obviously we want to see that coming to an end.

"But are we at a point where we can say we have turned that particular corner? Definitely not.

"We saw this happen in Dublin after the introduction of measures a number of weeks ago when there was some apparent stabilisation and then it took off again at an exponential rate.

"We'll be looking at a whole range of indicators before we can draw any conclusions."

Ceol For The Soul: Reuben Hester and Stephanie Rainey