The Sinn Féin leader has refused to answer whether she supports the Special Criminal Courts during h...

The Sinn Féin leader has refused to answer whether she supports the Special Criminal Courts during her final TV debate of the election campaign.

Mary Lou McDonald also came in for criticism over party member Conor Murphy's comments about the 2007 murder of Paul Quinn.

McDonald was on the front foot when it came to housing and criticising the records of Fine Gael and Fianna Fáil.

However, she came under pressure when quizzed on the Special Criminal Court:

'I'm for the courts. The Special Criminal Court exists. I accept that we need mechanisms and special powers, what we have been calling for the last four years is a review'.

The Taoiseach said letting Fianna Fáil run the economy would be like letting John Delaney back as head of the FAI.

Leo Varadkar attacked the economic policies of both parties, with special criticism for Fianna Fáil.

'We want change for the better - not Fianna Fáil's change,  Fianna Fáil hasn't changed, it is the same old Fianna Fáil. They will wreck the economy again'.

Michael Martin said his party wants to see real, immediate and urgent change - referring to the health sector and hospitals.

He said that the suggestion he has been in government for the last four years is "the big lie of the campaign" - noting that they have had no ministers.

Another debate with party members is planned for Thursday on Virgin Media One. 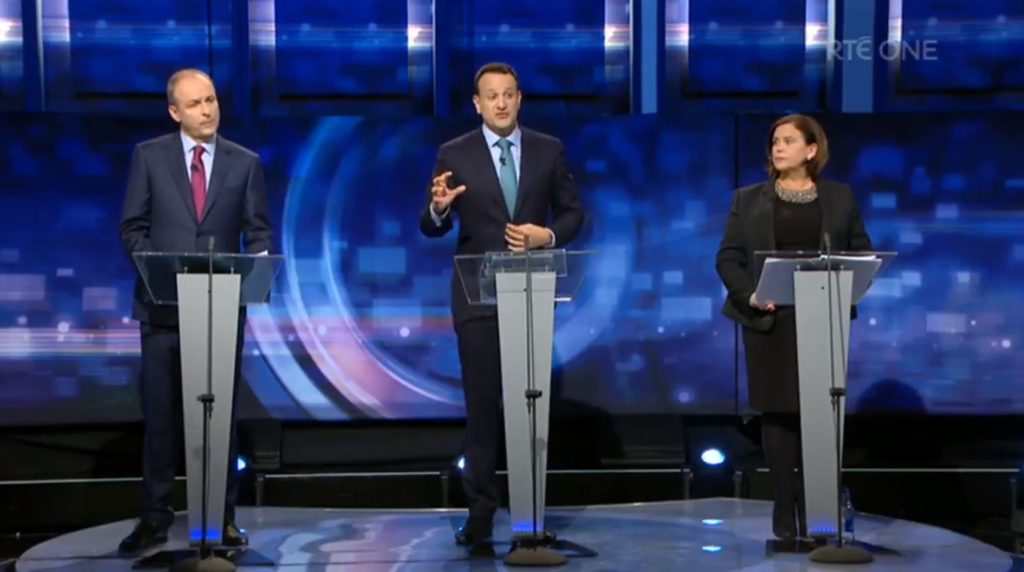 RTE To Make Decision On Including Sinn Fein In Debate